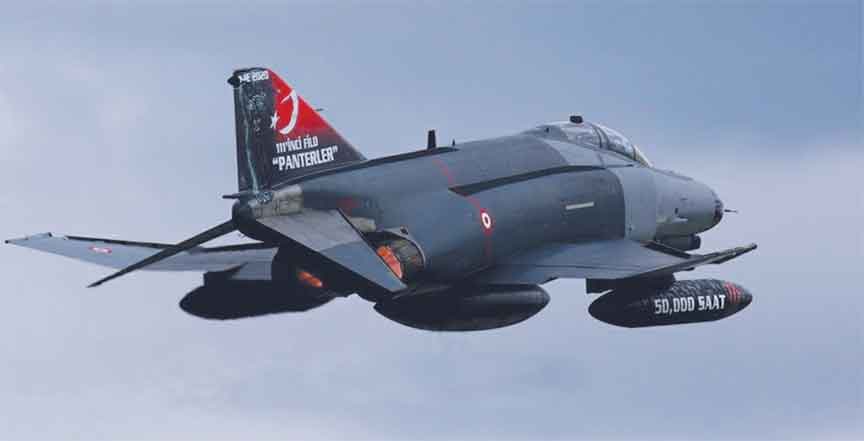 In the not too distant past, the world’s most powerful military of the US was poised to mount a short duration campaign to punish Syria for allegedly crossing some undefined ‘red line’ of employing chemical weapons against insurgent forces opposing the regime in power. Reports coming out of Washington indicated that the US President was not only determined to degrade Syria’s chemical weapon capabilities but also to take down Bashar Assad’s air force, destroy his air bases and knock out his ground-to-ground ballistic missiles using giant B-52 bombers and B-2 stealth bombers. Some of the bombers were planned to fly in directly from the US, others from a base in Qatar.

The F-22 Raptor fighter-bombers were also scheduled to take part in the US air offensive. In all probability, the air attacks would have been preceded by lethal salvos of cruise missiles fired from US naval carrier groups lurking in the vicinity. This expanded inventory of targets portended a broader operation in scope than the initial plan, which was designed only to caution the Syrian ruler of his peril for engaging in chemical warfare. The extension to this plan would have gone a lot further than a deterrent warning and would have seriously downgraded his military and strategic capabilities. But for the efforts by Russia and the UN to find a political resolution, the attacks would have been launched in the latter half of September this year. Like the earlier wars in Iraq and Afghanistan, this one too was destined to be a ‘no-contest’. The Syrian air defence capability was no match for the fire-power of the US forces.

In 2012, the Syrian air defence system shot down a Turkish Phantom F-4 reconnaissance aircraft but the same system could do nothing when the Israeli Air Force carried out strikes near Damascus. The Syrian Air Defence Force comprises 25 Air Defence (AD) Brigades each equipped with Surface-to-Air Missile (SAM) batteries equipped with SA-2, SA-3 and SA-5 launchers. There are 200 mobile SA-8 and SA-11 launchers. The AD force has around 3,500 to 4,000 Anti-Aircraft (AA) guns of varying calibre. There are also two independent SA-8 and SA-10 regiments with 48 mobile SAMs. The detection system is based primarily on radars of Russian origin though some long-range Chinese radars have been added to the inventory. 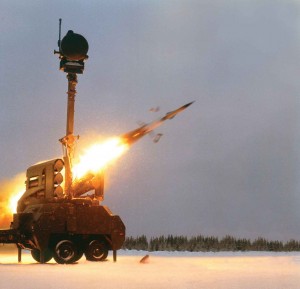 The ‘cat-and-mouse’ game between attacking aircraft and Ground-Based Air Defence Systems (GBADS) has not always been so one-sided. GBADS have been involved in nearly all conflicts where air power has been employed and in many cases, the outcome of the conflict has been decided by the effectiveness or otherwise of GBADS. The evolution of GBADS has concurrently impacted aviation and weapons technology, strategy and weapon-delivery tactics, innovations and military leadership.

During World War I, both the Allied and Axis powers employed aircraft and airships for bombing each other’s cities but mostly in support of the land forces. Improvised guns were used against enemy aircraft and AA batteries and claims ran into hundreds of aircraft downed. The guns used were generally of the three inch calibre with acoustic locating devices for determining the direction of approaching aircraft. During the war, several improvements were made to increase the effectiveness of the AA batteries.

The build up to WW II witnessed increase in the calibre of the AA artillery guns. The US forces had the 90mm guns, while the British stuck to 3.7 inch calibre guns. The Germans preferred the 88mm calibre AA. During the Battle of Britain, of the 1,800 German aircraft shot down over Great Britain, about 350 were claimed by the AA artillery. In this battle, the fighter aircraft was the preferred option against the German Air Force. Invention of the radar provided the British forces a clear advantage and during the latter part of WW II, most of the night ‘kills’ were by the AA. There were many cases of fratricide also.

Towards the end of the war, a decision was taken in which the fighters gave up the chase at the British coast-line and the intruders were taken on by the AA. Many new strategies and innovations were witnessed during this war. Aircraft began ‘routeing’ to avoid gun areas, bombers climbed to greater heights to deliver their weapons and mass raids were conducted to ‘saturate’ the air defences. ‘Chaff’ was used to confuse the radars and proximity fuses emerged to improve ‘kill’ ratios. Electronic Counter Measures (ECM) and Electronic Counter Counter Measures (ECCM) were employed by the Allied forces to counter the German AA artillery. GBADS made the job of the attacking aircraft difficult in that the attention of the attackers was diverted from the primary task of weapon delivery thus reducing the accuracy of attacks. Maximum losses of aircraft of the US during WW II were to ground fire. The GBADS also had their share of problems with fratricide topping the list. Identifying friend-from-foe became difficult in the heat of the battle despite electronic devices, codes and procedures. Many friendly aircraft were downed while hostile ones managed to get away. 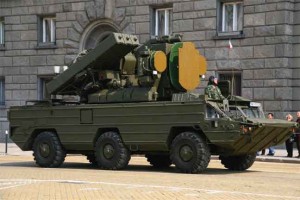 Balloon Barrages made their appearance during the latter part of WW I and were employed extensively WW II particularly during the Battle of Britain. These were large bags filled with lighter-than-air inert gas which were hoisted up attached to cables tethered to the ground. The BB forced the attacking aircraft to increase altitude and interfered with weapon release parameters, thus reducing the accuracy of attack. The cables supporting the balloons also proved dangerous if the attacker tried to stay at lower altitudes.

After the Battle of Britain, balloons continued to prove their effectiveness in combat. Because of heavy losses during the day, the Germans switched to night attacks. Defensive night fighters were still in their rudimentary stages of development, so guns and balloons had to do most of the work against German bombers. Even after advances in night-fighter technology, it was the opinion of London that, “balloons and guns were still essential, not so much to bring the enemy down as to keep him up so that point blank bombing was impossible.” Overall, balloons lessened the severity of night raids on England by deterring point-blank bombing. Incidentally, they also had some tangible results in February and March of 1941, in that seven enemy aircraft crashed after striking cables in various parts of Great Britain. Even today, the BB is relevant as these can optimise air defences.

The late 1940s saw the evolution of a new class of anti-aircraft weapon, the SAM that would significantly enhance air defence capability and radically influence the outcome of air warfare. A number of countries attempted to follow up on the German efforts in the field, but for 20 years, these first-generation missiles were known more for their promise than their performance. The large and bulky missiles had limited mobility, demonstrated poor reliability and questionable lethality. Initially, these used liquid fuel that presented problems of handling, storage and reaction time. The early SAMs had command guidance systems in which one radar unit acquired and tracked the target, a second tracked the missile, and a computer made missile corrections to enable interception. These systems were unwieldy though and could shoot down aircraft flying at relatively high altitudes, steady courses and at moderate speed, they had little ability to kill fast-moving, low-flying, manoeuvring targets. The command guidance system was also vulnerable to ECM.

The USA, Soviet Union, Britain and France invested considerable resources and efforts in developing SAMs. On May 01, 1960, a U-2 spy plane of the US Central Intelligence Agency (CIA) took off from Peshawar in Pakistan for a reconnaissance mission over the Soviet Union. This aircraft was capable of flying higher than any interceptor available with the Soviet forces. Eight ‘Dvina’ SA-2 SAMs were fired and the first one is believed to have hit the U-2. Its pilot Gary Powers ejected, was captured and imprisoned in the Soviet Union till an exchange took place with a Soviet spy captured by the USA.

SAMs developed over a period of time were essentially of three types, the fixed position SAM, the mobile variety and the man-portable kind that have been used in the Kargil war of 1999. SAMs have become increasingly sophisticated since their evolution. The long Vietnam War witnessed extensive deployment of Soviet SA-2 SAMs and the USAF coming up with anti-radiation missiles to suppress and kill these systems. The Yom Kippur war, Operation Desert Storm and the war with Serbia witnessed battles between Soviet GBADS and Western technology air-to-surface anti-radiation missiles. Overall, Western technology emerged as winners though the GBADS inflicted significant damage to Western air forces.

In the recent decades, the US and its allies have relied upon a small number of pivotal technologies and techniques to defeat GBADS and gain access to hostile airspace. These include precision emitter locating systems, the anti-radiation missile, guided bombs, cruise missiles, Electronic Warfare Self Protection suites carried by attacking aircraft, high power support jamming aircraft and most importantly, stealth. To a greater or lesser extent, all of these technologies are now being challenged.

There were great hopes that the Integrated Guided Missile Programme would allow to completely indigenise its requirement of SAMs. The outcomes have been very disappointing. The ‘Trishul’ short-range air defence SAM failed to meet design specifications and was shelved in 2008.

The ‘Akash’ SAM being developed to replace the SA-3 Pechora has suffered from time and cost overruns, though limited production has been ordered by the Indian Air Force despite the SAM not meeting all design specifications. Two squadrons of 125 missiles each have been ordered.

One thought on “Evolution of Ground-Based Air Defence Weapons”