Disaster Management: Why the Army continues to take the Lead 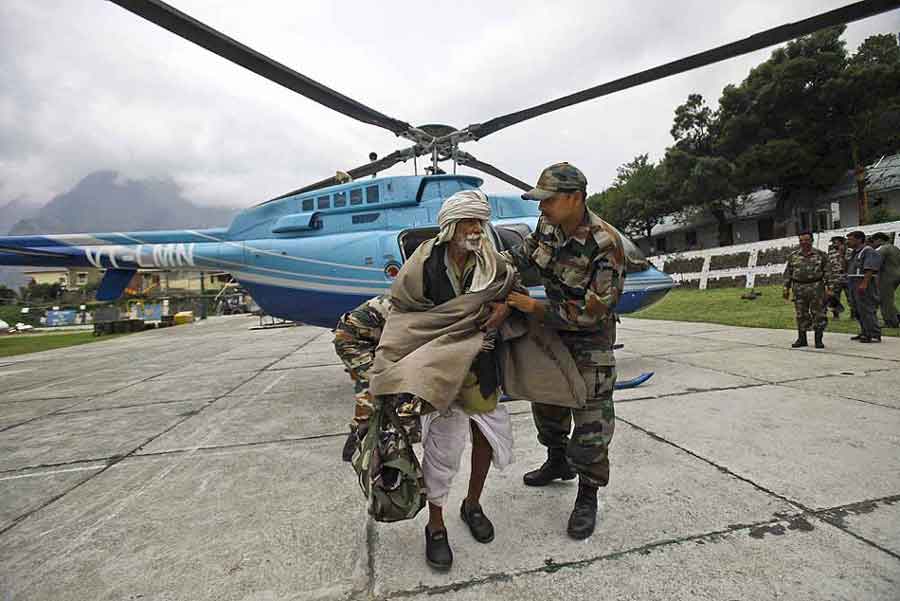 Conceptually, the armed forces ought to be called to aid the civil authorities only when the situation is beyond the capability of the civil administration. In practice, however, the armed forces form the core of the government response capacity and are the crucial immediate responders in all high intensity disaster situations. If the army is to do everything, then why is the nation spending huge amounts on the various civil instruments available down to even below district level?

Disasters may be natural or man-made or a combination of the two but governments are sadly lacking in the means to deal with them.

The devastating floods, cloud bursts and major land slides in Uttrakhand and Himachal Pradesh (HP) have once again drawn attention to the inability of both the Central and State governments in coping with disasters effectively. Disasters may be natural or man-made or a combination of the two but governments are sadly lacking in the means to deal with them.

The loss of life and property has been phenomenal, especially in Uttrakhand. Despite the setting up of the National Disaster Management Authority (NDMA) and allocating sizeable funds to the states, nothing has changed. The civil authorities are as clueless and ineffective as they were before the formation of the NDMA and the local authorities seem to have done nothing to earmark and train their personnel or have prepared plans to cope with different types of contingencies.

The army (here, the term is used generically for all three services) was once again the lead force in bringing succour to the affected people. No doubt, some units of the NDMA and other forces like ITBP, CRPF, SSB, and others were also deployed, but it was the army that produced near-miracles. The moot question is – how long will the nation react to disasters in this manner, totally dependent on the army while the civil authorities remain stunned and paralysed into inaction? This situation becomes baffling when one considers that funds and resources have been lavishly provided to state governments and many civil agencies for this very purpose.

A national level seminar on disaster management in India had been organised around 25 years ago. At that time, the Ministry of Agriculture was the nodal agency for disaster management, possibly because only famines were considered as disasters! During the seminar the Secretary of the Ministry of Agriculture had been requested to brief the participants about plans for tackling disasters. Without hesitation, he replied that their plan was very simple and could be expressed in only three words, which were “Call the Army”!

…since civil resources are neither trained nor equipped, the civil authorities find it expedient to invariably requisition the army as a ‘first resort’ option.

In the last quarter century, much water has flowed down the Alaknanda and the Bhagirathi rivers but it seems that the plans for disaster management both at the level of the centre and the states continue to be to “Call the Army.”

There were serious deliberations in the government at the centre after the major earthquake in Kutch on January 26, 2001, following which the National Disaster Management Authority (NDMA), headed by a Minister of State was set up. It has now expanded considerably comprising a hierarchy mostly of bureaucrats and loyalists with no experience in handling disasters. Consequently, the dependence on the army continues, whether it is to rescue a child from an abandoned bore-well or a Tsunami or the tremendous destruction and grave human tragedy handled in Uttrakhand on a major scale and in the Kinnaur District of Himachal Pradesh on a lesser scale.

It needs to be remembered that there are three stages of actions to be taken in the case of disasters. The first is ‘risk reduction’ which has to be carried out before the disaster. The second is ‘mitigation’ which is to reduce the impact of the disaster and assist those affected. The third is ‘relief’ which is a long term exercise for the rehabilitation of affected segments of the population. The first and the third fall squarely in the ambit of the civil authorities, while the second is for all those who can come to the succour of the affected populace.

It is a truism that lives are saved in all types of disasters by the ‘first responders’, i.e. those who are readily available at the site(s) of the disaster. While we have a number of well equipped and well trained units of NDMA, called National Defence Response Force (NDRF), they have to be moved from their permanent centres, which are usually far away from the scene of disaster. Consequently, they can rarely be ‘first responders’ With their specialised (and fairly heavy) equipment, they can at best build-up on the ‘first responders’ and using their equipment dig out buried persons, make ad-hoc crossing expedients, build improvised by-passes and so on.

It is the civil authorities, especially at the district level and below, that can and should have readily available teams, which can be deployed/employed immediately and thus are ‘first responders’, but it has been our experience, which is again reinforced by the recent tragedy that they have no interest in such dispensations. They do have sufficient manpower in terms of police, home guards, fire services, red cross workers, conservancy staff and other government servants who can be organised, trained, mobilised and used as ‘first responders’ for providing immediate assistance and succour. In every city, town and bigger villages, there are also Non Government Organisations (NGOs) willing to assist. However, it is seen that the civil authorities give no thought to it, despite funds, resources and instructions from the central government and the NDMA. Consequently, they are content with following the age-old policy of the Ministry of Agriculture – “Call the Army”.

After every major disaster considerable time is spent in reviewing the lessons learnt, committees being set up and comments requested from many.

Role of the Army

The well-known and well-articulated policy of calling in the army must be a last resort after all civil resources have been employed. However, since civil resources are neither trained nor equipped, the civil authorities find it expedient to invariably requisition the army as a ‘first resort’ option. It is not that the army should not be requisitioned or that the army does not want to assist. In actuality, the army responds on its own when it sees that assistance is needed to save lives, bring succour and to save property. This happened in both Uttrakhand and HP in those locations where the army was already stationed and the local commanders acted without waiting for orders.

On account of the hierarchical structure of the army, its secure and speedy communication lines and discipline and training, assistance by the army is spontaneous and units, sub-units and individuals carry out the tasks with alacrity and efficiency. It is on account of their dedication and sincerity that the public has great faith in the army. This was again articulated by the people rescued as well as the media in the case of the Uttrakhand tragedy. In the case of major disasters, such as the current one, senior officers of the army also plan ahead and cater for all types of contingencies. This is again evident in the current case where even the Army Commander of Central Command was personally present at all critical areas to give decisions and lead by example. Many more lives were thus saved.

In disasters of the Uttarakhand type, where many forces and agencies are involved, command and control is extremely important. Otherwise, considerable time and effort is wasted, an accurate picture is not available and optimum results are delayed. In the first stage, where the concern is saving lives, bringing succour and ensuring that property is not vandalised, it is perhaps better to appoint a senior officer of the lead force as the overall commander. Once the mitigation phase is over, the civil authorities may take over.

After every major disaster considerable time is spent in reviewing the lessons learnt, committees being set up and comments requested from many. Unfortunately, little effective action is taken to eradicate the weaknesses. There are many reasons for this, including the State bureaucratic approach at the level of the State government in treating it as insignificant; utilising funds received from the Central Government for other requirements; little value for lives and sufferings of the public; non-accountability; thinking that they would handle it when the problem surfaces and the ‘dole syndrome’ whereby political leaders and bureaucrats believe that ‘doling out’ compensation for deaths, injuries and destroyed property is adequate!

…one suggestion is that each state raises one or more Territorial Army (TA) battalion(s), specially structured as TA Battalions (Disaster Management).

Conceptually, the armed forces ought to be called to aid the civil authorities only when the situation is beyond the capability of the civil administration. In practice, however, the armed forces form the core of the government response capacity and are the crucial immediate responders in all high intensity disaster situations. Disasters also result in vociferous demands for the army to be tasked for disaster management. The army has resisted it with good reason. The tasks it is already performing have stretched it to the maximum and all assistance provided is at the cost of operational readiness. There is also the question of deterioration of equipment meant for operations. Above all, if the army is to do everything, then why is the nation spending huge amounts on the various civil instruments available down to even below district level?

Dependence on the armed forces in assisting the civil administration and coming to the succour of the populace is likely to continue unless the State Governments assert themselves. The army is undoubtedly efficient but that should not be a reason for the over-dependence on the army as we see today.

Despite the lacunae mentioned above, if the nation cannot do without the army, then one suggestion is that each state raises one or more Territorial Army (TA) battalion(s), specially structured as TA Battalions (Disaster Management). These specialised TA units should be located at pre-identified sensitive locations, so that they not only are the first response force, but are also suitably equipped for the task. 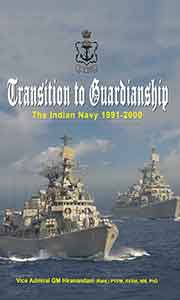 The manpower for these should be recruited from the locals, reinforcing the concept of ‘home and hearth’ and should largely consist of ex-servicemen. They would thus not only have full local knowledge but they would be known to the populace and have their confidence. These TA units would also be able to train the other personnel available in the districts and take them under command when a disaster occurs.

2 thoughts on “Disaster Management: Why the Army continues to take the Lead”