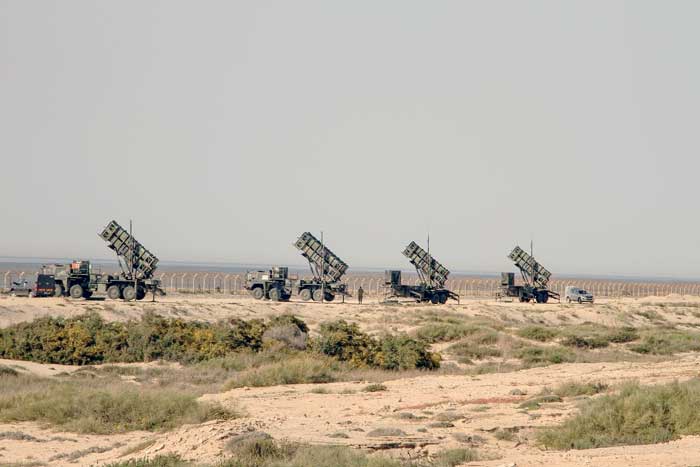 A quaint situation exists in the State of Arunachal Pradesh. Land required by the security forces for construction of defence works which include bunkers, firing positions and tracks is to be purchased from the owners of the land? What could be more ludicrous than this fact!?

There is a confused muddle with regard to the latest Laws and ground reality.

Land in Arunachal Pradesh belongs to the tribals of the area. Of course the government too owns land but probably in the uninhabited forest areas. Consequently, to defend the Kameng area of the State, which includes Tawang, land has been acquired through purchase. It is a similar situation in Walong in the Lohit Valley and other areas too where the ITBP has had to buy land to set up its Posts.

There is a confused muddle with regard to the latest Laws and ground reality. The Arunachal Pradesh (Land Settlement and Records) (Amendment) Bill, 2018, was passed by the State Assembly on March 12, 2018. The Bill confers ownership of land for the first time on the state’s citizens. Previously, under the Arunachal Pradesh (Land Settlement and Records) Act of 2000, residents of the state did not have land titles. The only document the indigenous population received to stake claim to a piece of land was a “land possession certificate” issued by the deputy commissioner of a district, subject to approval by the forest department and the village council. Actual ownership continued to rest with the state.

Arunachal Pradesh is home to several Scheduled Tribes: they account for 65% of the state’s population. Each tribe has its own customary laws, according to which it generally manages daily affairs, including land transactions. The Constitution does not provide legal sanctity to this system of local governance by customary laws in Arunachal Pradesh. Still, the state’s tribes continue to give primacy to customary laws. In most cases, the state government refrains from interfering. As social scientist Walter Fernandes put it: “In theory the formal law applies but in practice the customary law holds sway.” This coupled with the ‘jhooming’ method of cultivation, where a tract of land is stripped of the primary forest and then is used for cultivation in one season, the monsoon and post the monsoon only, community land and laws will hold sway. Also forest fallows become equally important as these provide medicinal plants, wild foods and other forest produce. In the higher reaches near the Line of Actual Control vast tracts are used by tribal yak graziers which by usage, de facto, becomes community land.

…if all the defences in these border areas were to be sited on land purchased from the locals there would hardly anything worthwhile left in the country to defend!!!

As a result, security forces have to buy land from the locals for fulfilling their basic tasks of defending the nation. This has also led to influential locals in buying smaller parcels of land from the weaker tribals at lesser price and then demanding hefty sums from the government agencies including security forces. Often these influential locals force the agencies to buy land that may not suit their requirements.

The counter-argument could be that the funds for this land purchased are paid by the centre and it should not affect the preparedness per se. It would be fine if it was as simple as that. But in any business deal it will always be the high and mighty who will secure a bonanza bargain. And since the money is paid from the state exchequers who cares to bargain – bigger the quoted price better it is for all the deep pockets around.

India has its land boundary measuring over 15,000 Km – with Pakistan, Afghanistan, China, Nepal, Bhutan, Myanmar and Bangladesh. Of this 1602 Km are in Arunachal Pradesh (1100 Km LAC with China and 502 Km with Myanmar). India has troop deployment along the India-Pakistan International Border (IB) of 2433 Km upto Chenab River, thence along the Line of Control (LC) and Actual Ground Position Line (AGPL) with Pakistan and along substantive portions of the 4056 Km IB/LAC (International Border/Line of Actual Control) with China. This adds up to humongous figures as far as the length of the borders are concerned. Now if all the defences in these border areas were to be sited on land purchased from the locals there would hardly anything worthwhile left in the country to defend!!! The State would have run out of all cash and it would cashless and extremely vulnerable. Those who would have made the big monies would have fled with the booty to green pastures.

Land required by the security forces cannot be equated to that required for infrastructure projects or commercial and economic projects. Ipso facto, only the Ministries of Defence and Home should be transacting with the State government and not individuals or a group of individuals, since that would tantamount to a ‘business’ deal or negotiation with all the flaws of such deals and possibility of the government negotiators being lured with bribes. It is noticed that it is generally the well connected former officials and politicians who are the frontrunners in these deals.

Federalism and red tape should not dictate and tie down planning and preparation of defence linked projects related to the nation’s strategic interest.

Inbuilt in the process of the construction of major infrastructure projects anywhere in the country the population affected are given due monetary compensation and rehabilitated so as to cause minimum disruption in their lives. A similar format should be intuitionalised for acquiring land for the security forces in Arunachal Pradesh.  There has been a trend of local resistance in the state and by environmentalists to allow construction of mega hydro electric projects as also to the presence of labour from outside the state. There is opposition of import of raw construction material such as aggregate required for road construction- this is to be sourced from the mines and quarries in the state which make many projects unviable. The government will need to ensure that no such encumbrances’ and impediments are planted by inimical elements and such causes do not start getting external support.

India is prone to pressures by political parties and groups with vested interested. Exploiting social media with fake news and information by inimical forces has the potential to unhinge any concerted effort of the government. Federalism and red tape should not dictate and tie down planning and preparation of defence linked projects related to the nation’s strategic interest. Stalling these should be equated to a premeditated act of sabotage.