According to the US War Department, private sector is better equipped for defence industry because:

Continued US military prowess fully justifies the confidence reposed in their private sector.

The Australian Government recognises the role of defence industry and considers it to be partner in the development of indigenous capability. It wants the industry to be aware of the long term defence plans to be able to identify and exploit emerging business opportunities. 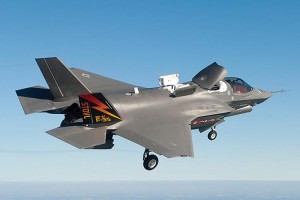 Russia embarked on a major restructuring exercise of its defence industry in the early 1990s. One of the major steps was to create new corporate structures to undertake the complete gamut of research, design and production of defence systems. In a way, Russia wanted to follow the highly successful Western model. It privatised a large number of defence production facilities However, major research/design establishments and production facilities falling under strategic disciplines were kept under the Government’s direct control.

As per the UK Ministry of Defence Policy Paper No 5 on Defence Industrial Policy, a thriving, innovative and competitive defence industry is essential for the defence of the UK. The UK defence industry embraces all defence suppliers that create value, employment, technology or intellectual assets in the UK. The UK’s innovative science base supports the defence industry’s high levels of technology development, and this brings benefits to other industry sectors through the application of military technology to civil products. The UK Government works closely with industry and is committed to public/private partnerships. As a matter of fact, intense consultations are held with Defence Manufacturers Association before formulating Government policies.

Pakistan has also realised that private sector has to be dovetailed in the overall effort to produce defence equipment indigenously. Defence Production Division has been created in the Ministry of Defence Production to involve local industry in defence production. It has been made responsible to identify, integrate and utilise the industrial potential available both in public and private sectors for production and procurement of Defence Stores. It also tries to attain economies of scale by optimum utilisation of available production capacities in both sectors.