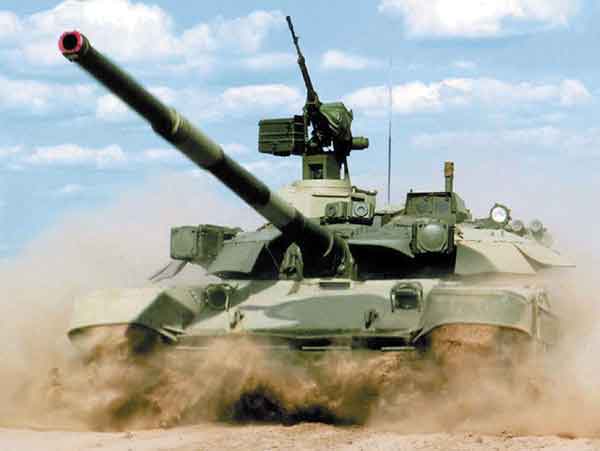 The finance Minister has hiked the defence budget for FY 2015-16 by 9.46 per cent to Rs 2,46,727 crore, which is Rs 23,357 crore more than the revised estimates for the current financial year that stand at Rs 2,22,370 crore. This small increase is grossly inadequate to give a boost to military modernisation that has been stagnating for over a decade.

…the steep fall in the value of the rupee against the US dollar vis-à-vis the traditional rise in the global prices of arms – was insufficient to give a major boost to the military modernisation….

While presenting the budget, the Finance Minister had said, “Modernisation of the armed forces is critical to enable them to play their role effectively in the defence of India’s strategic interests.” However, the increase of Rs 25,328 crore in the allocation – partially neutralised by the high annual inflation rate that still hovers between 6 and 7 per cent, the steep fall in the value of the rupee against the US dollar vis-à-vis the traditional rise in the global prices of arms – was insufficient to give a major boost to the military modernisation that is necessary to meet the emerging threats and challenges.

The total revenue expenditure planned for 2014-15 was Rs 1,34,412 crore (approximately 60 per cent of the budget). This goes towards paying salaries and allowances and expenditure on ration, ammunition and transportation. The remaining amount of Rs 94,588 crore (40 per cent of the budget) was allotted on the capital account for the acquisition of modern weapon systems and equipment. Various consultancy firms have estimated that India will spend approximately US$ 100 billion over the 12th (2012-17) and 13th (2017-22) five-year defence plans on military modernisation.

As many as 14 strategic rail projects have been pending due to resource constraints. These shortcomings need to be made up quickly to avoid military embarrassment in a future conflict.

The Army has begun the raising of 17 Corps, designated as a mountain strike corps, which is expected to cost Rs 64,000 crore over seven years. Major acquisitions of weapon platforms that have been pending for long include initial payments for 126 multi-mission, medium-range combat aircraft (MMRCA), 197 light helicopters, 145 Ultra-light Howitzers, 15 Apache attack helicopters and 22 CH-47F Chinook medium lift helicopters, C-17 heavy-lift aircraft and frigates and submarines. The armed forces must also upgrade their command and control systems and substantially improve their intelligence, surveillance and target acquisition capabilities if they are to become proficient in launching effect-based operations in a network-centric environment riddled with threats to cyber security.

In a letter to Prime Minister Manmohan Singh in March 2012, the COAS, General V K Singh, now MoS, External Affairs, had pointed out the ‘critical hollowness’ of defence preparedness. Ever since the Kargil conflict in 1999, when 50,000 rounds of Bofors medium artillery ammunition had to be imported in a hurry from South Africa, the ammunition holdings of the Army have been reported to be too low to fight and win a sustained war. Many other deficiencies in the holdings of important weapons and equipment need to be made up.

While China has been engaged in rapidly implementing new rail, road and airfield projects in Tibet so as to reduce the deployment timings of the People’s Liberation Army (PLA) and enhance operational logistics, India’s development of infrastructure along the border with China has made relatively little progress. As many as 14 strategic rail projects have been pending due to resource constraints. These shortcomings need to be made up quickly to avoid military embarrassment in a future conflict.

The announcement made in the budget speech to raise the ceiling for FDI in joint ventures (JVs) for the manufacture of weapons and defence equipment from 26 to 49 per cent had fallen far short of the expectations of the defence MNCs. They would have preferred to have a majority stake of at least 51 per cent. That would have made investment in defence manufacture in India worthwhile for them.

…the Prime Minister said in the era of shrinking defence budgets India could become a global manufacturing and export hub for arms and defence equipment.

The Department of Industrial Policy and Promotion had proposed an increase in the FDI limit in the defence sector from 26 per cent to 49 per cent without the transfer of technology (ToT), up to 74 per cent with ToT, both with FIPB approval, and up to 100 per cent in the case of the transfer of state-of-the-art technologies with prior approval of the Union Cabinet. However, the Ministry of Defence, the defence PSUs and the CII and FICCI, the two powerful of chambers of commerce, had expressed their reservations on giving controlling interest to MNCs.

While inaugurating the biennial air show Aero-India 2015 at Bengaluru on February 18, Prime Minister Narendra Modi said he did not like the fact that India is the world’s largest importer of weapon systems. With the NDA government’s second budget approaching, the Prime Minister said in the era of shrinking defence budgets India could become a global manufacturing and export hub for arms and defence equipment.

The Prime Minister invited defence MNCs to join hands with Indian public and private sector companies to “make in India” and reiterated the government’s willingness to allow FDI in defence beyond the stipulated 49 per cent for projects involving the transfer of cutting-edge technologies. He pointed out that the reduction in dependence on defence imports from 70 to 40 per cent in five years would create 100,000 to 120,000 highly skilled jobs, boost investment, reduce costs and upgrade India’s manufacturing and system integration skills. In short, a gradual shift in the defence acquisition policy to manufacturing in India will provide huge economic benefits.