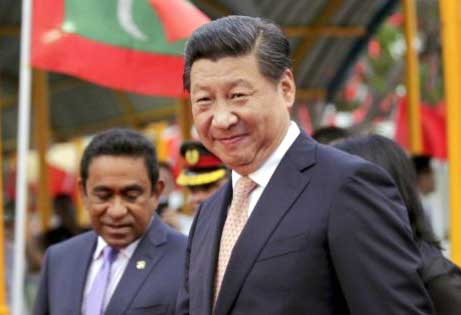 An old Bollywood song (from Dev Anand’s film ‘CID’) ‘Kahin pe nigahe, kahin pe nishana’ (while eyes are fixed on something, the target is somewhere else) best encapsulates the Chinese strategic intent in precipitating a crisis on Ladakh border with India. It is otherwise difficult to understand the mobilization of over 100,000 troops in Godforsaken Aksai Chin area to just gain some small tactical advantage at Galwan or Pangong Tso!

Unfortunately the focus of Indian media and many of our veterans has been narrowly fixed on the territorial gains that the ‘real’ purpose behind Chinese actions is lost in fog of over emphasis on the territory. The territorial dispute raked up in Ladakh is a means to an end and not the end itself. A deeper probe into Chinese mind is necessary to ferret out the truth lest we get taken in for ride.

In 1989 as War Studies Division completed its draft history of 1962 Sino Indian Border Conflict, we received a request from the External Affairs Ministry for a copy of our work. Since the history was largely based on the Top Secret Henderson Brooks Report, it was also appropriately (then) graded Top Secret.

As a co-author of that study I was tasked to take to the Foreign Ministry. It turned out that the request came from the Deputy Secretary who was part of the India-China Joint Working Group (JWG) on border that was constituted post Indian PM’s path breaking visit to China in 1988 (Dec 19-23). It was a first visit by an Indian PM in 34 years that began the thaw in Sino-Indian relations frozen since the border conflict of 1962.

I was curious to know about the progress in those meetings of JWG on border issue. The Indian diplomat was frank and mentioned that the Chinese do not seem to be interested in any form of solution and are not even prepared to say what are their territorial claims and position on the Northern Border. She felt that the Chinese want to keep the border dispute alive so that they can activate it at the time of their choosing to pressure India. Keeping border un demarcated was a ‘means’ for China to up the ante at some future date.

This situation continued till 1993. In that year on 7 September both countries signed a landmark peace and tranquility agreement that in effect put the border issue in deep freeze, with mutual agreement. The old Chinese ploy of keeping the border demarcated to use as pressure point at time of its choosing was no longer operative. The Chinese at that point were worried about the scenario of US being the unchallenged ‘sole superpower’ and thought of mending fences with India to be in its interest.

The May 1999 bombing of Chinese Embassy in Belgrade (Serbia)by the US had sent shock waves in China. Towards the end of 20th century the contours of emerging US- China rivalry began to emerge. During my studies of papers on Sino-Indian conflict at JFK Archives in 2003, I found position papers by American scholars like MacGeorge Bundy, Schlesinger and McNamara (of 1960 vintage) about coping with the future rise of China as a major power.

Even at that time when China was a poor developing country, the far seeing Americans saw thee clear signs of Chinese rise. The American scholars came to conclusion that best way forward was to engage China economically and contain it militarily. Thus even at the height of Cold War, the US gave food aid to China in wake of disastrous ‘Great Leap’.

This has been the abiding principle of American approach to China for several decades till Reagan Presidency in 1980s, when throwing caution to wind, to deal with the ‘Evil Empire of Soviet Union’, the US bolstered China militarily. In the 21st century as the Reagan era chickens came to roost, the US reverted back to its earlier approach, but by then the damage was done and China emerged as a formidable economic and military power. Something similar happened in regard to Pakistani nuclear capability during the same period. The world has to now cope with these two Frankenstein’s.

Between the decades of 1993 to 2013, for nearly two decades, the Sino-Indian border was quiet and not a single shot was fired by either side. China continued to build the logistic infrastructure on its side of the border while India, as a matter of deliberate policy, went slow on developing its side. The Indians also began to engage with China in economic sphere with China becoming the largest trading partner. The expectation was that the economic linkage will act as a moderator of Chinese behavior.

Indian military approach can be best described as ‘defensive defence’. It was during this period that China, emboldened by its economic prowess, began to lay claim to entire state of Arunachal Pradesh, describing it as ‘Southern Tibet’.

The situation changed after 2014 when the new government under Narendra Modi gave priority to building  of border infrastructure despite Chinese objections. There was a subtle change from defensive defence to offensive defence. Seeing its earlier advantage slipping away Chinese began to violate its 1993 agreement and began confronting India in Ladakh with a version of ‘forward policy’ of its own (trying to establish as many posts as possible in the swathes of land between the LAC (Line of Actual Control) as perceived by India and that by China).

Chinese actions in Ladakh and earlier at Doklam in 2017, marks the end of the 1993 Peace and Tranquility Agreement. China’s aim was/is to provoke India and put the blame on it for activation of LAC. China aided by the domestic opposition within India, thus wants India to deploy large forces on the LAC thus bleeding India economically.

To some extent it also hopes to draw away Indian attention from Naval build up in the Indian Ocean. Already there are signs of this happening as the very party that was in power for 10 years followed a strategy of ‘masterly inactivity’ now wants India to devote resources to creating a Mountain Strike Corps to take care of China border. There is added bonus for China in that Indian reserves gets divided between China and Pakistan, its ‘Iron Brother’.

China does not seek territory in Ladakh or Arunachal. Its ‘Lebensraum’ ambition is towards acquiring Taiwan Island and Easter Provinces of Russian Far East.

China has been truly myopic in this strategy as it has opened a new front. Its reputation on adhering  to international agreements is in tatters and it has pushed India into the waiting arms of the US led alliance. China was successful in bleeding India though its proxy Pakistan and could have continued this strategy with less cost. Chinese ‘adventurism’ could be prompted either by under estimation of Indian reaction and future potential or false notions about its own strengths.

In either case, the hoped for Sino-Indian cooperation, in what is dubbed as the Asian century, is dead. Twenty seven years of careful diplomacy on both sides that had buried the ghost of 1962 has been nullified by Chinese actions of April/May 2020. For Sino-Indian relations to return to some sort of normalcy will need an internal upheaval in China and replacement of Xi Jinping by alternate leadership. Such coupes are not unknown to China, overthrow of Lin Biao or Chinag Ching (the Gang of Four) easily comes to mind.