De-radicalisation in China: The communist way 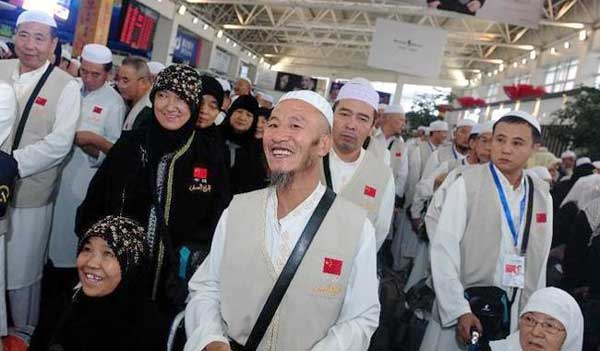 The Communist China does not have any religious faith patronised by the Government. It prefers handling the question of religious fundamentalism purely in the interest of national security. China has always seen the beliefs of Islam practiced by the 1.8% of its population as a fundamental challenge to Communist Party rule.

In the year 2009, a riot in Guangdong Province led to the killing of 197 people with 600 injured. China reacted with strict measures detaining 718 people and set out a system to closely monitor religious activity including censorship of prayers and institution of a dress code and also increasing the presence of the People’s Liberation Army and police. In a March 2014 incident, a group of Uighurs killed 33 people at a railway station in Kunming in Yunnan province. The attack was owned by the jihadis who also warned that similar attacks were planned in other parts of China too. China has been traditionally fighting domestic separatist movements. But this incident sent the alarms buzzing that the ISIS has made inroads in China and the country has become a major recruitment centre for ISIS . Earlier Uighur fighters were found in Afghanistan in the years prior to 2009, and 22 had been captured by American forces. Following the 2009 incident, the security crackdown began to seriously push Uighur fighters towards more radical groups and ideologies abroad.

After the declaration of the Caliphate by Abu Bakr al-Baghdadi in 2014 , their first edition of the Islamic State propaganda magazine “ Dabiq ” which name multiple nations as enemies, including China .

The CPEC project funds 55 billion USD into the region and in the process has also brought the jihadis of Pakistan and China closer. In the process of expanding the contact with the Uighur muslims, the Pakistani men started marrying Uighur girls. Even Kazakhstan muslims have married in China. It has so happened that fearing persecution and arrest by the Chinese authorities, these men fled away from China leaving their Chinese wives behind. Now these families have found themselves in “internment camps” set up by the Chinese authorities.

CPEC route is plagued by insurgencies throughout. Gwadar, located in Balochistan, is facing a separatist insurgency and have serious issues with the Government of Pakistan. These are bound to escalate as China brings its own companies and labour. It is said that Chinese nationals are likely to outnumber the ethnic Baloch by 2048. The Baloch facing genocide in the Pakistani hand will not accept further inroads by the Chinese .

The terrorist organisations such as the Tehreek e Taliban Pakistan, the Lashkar e Jhangavi, and elements of the al-Qaeda and the Islamic State also operate in Pakistan and are a serious challenge to its national security. Both the ISIS and the al-Qaeda have declared China to be an enemy, and have targeted Chinese nationals. The Turkistan Islamic Party, the Islamic Extremist Separatist organisation operating in Xinjiang, also allegedly has links to terror outfits in Pakistan, including the TTP and the Al-Qaeda.

Chinese efforts in global war on terrorism has been always lacklustre and biased. They do not support other countries battling out terrorism. This can be better illustrated as a case in point when Masood Azhar, the Jaish e Mohammad (JeM) Chief, got a big diplomatic support from China. The neighbouring country blocked India’s bid at the United Nations (UN) on banning the chief of JeM. India’s contention was based on the submission made for consideration by Counter Terrorism Executive Directorate (CTED) for the technical examination of the evidences of Masood Azhar’s direct role in orchestrating terror attacks at Pathankot. China, however, at the behest of Pakistan, advised the 1267 Sanctions Committee to put on hold the decision of including the name of JeM’s chief maintaining that he does not qualify to be a terrorist. If Chinese had stood with India in United Nations against Masood Azhar in 2016, the situation of Islamic radicalisation in China would not have become this bad. They are now facing the heat themselves.

Practising Islam is forbidden in certain parts of the country as citizens frequently threatened with arrest if caught worshipping, growing a beard, wearing a hijab. China Islamic Association, a government backed organisation is now rolling out a five-year plan for the “sinicization” of Islam. The representatives from local Islamic associations from eight provinces and regions, including Beijing, Shanghai, Hunan, Yunnan, and Qinghai are participating in this exercise organized by the ruling Chinese Communist Party’s United Front Work Department. The plan will focus on requiring mosques to uphold “core values of socialism, traditional culture, laws and regulations. Mosques will be told to “guide, mobilize and inspire” Chinese Muslims with lectures and training sessions on such topics which uphold the spirit of a sinicized Islam by using examples of notable figures. Earlier Chinese authorities of Yunnan raided and forcibly evicted local ethnic minority Hui Muslims from three mosques saying they were engaged in “illegal religious activities. The Global Times, a mouthpiece to the Communist Party said that “China will soon release an outline on the sinicization of Islam, with Islamic communities urged to uphold the sinicization of their religion by improving their political stance and following the ruling Chinese Communist Party’s leadership”.

Mass detentions of at least one million Muslims in camps in the north western region in the Xinjiang Uighur Autonomous Region (XUAR) have drawn significant attention from the international community. China initially denied the existence of these camps. However, the Chairman of the XUAR government, Shohrat Zakir, told China’s official Xinhua news agency in October that the facilities are an effective tool to protect the country from terrorism and provide vocational training for Uighurs. Chinese authorities acknowledge these camps as vocational training centres to teach human management and care. They are, nevertheless, subjected to political indoctrination. The detainees are learning Mandarin, the official language of China. The Chinese government is seeing this camp as their final solution which is to assimilate the Uighur Muslims into China’s atheistic society even it means using force.