The Mumbai terrorist attack of 26th November 2008 has, correctly, focused on issues concerning the security of India’s vast coastline. Earlier, in 1993, the Maharashtra coast had been used to bring in huge amounts of RDX explosives which were subsequently used by terrorists in the several blasts carried out across the metropolis. This does not mean that the coastal route has not been used for other nefarious activities before or since then.

Smuggling in and around the Gujarat coast, in particular, has been rampant for long with at least some of the people involved in preventing it, themselves in connivance. But these are two incidents of proven exploitation by terrorist groups who clearly found the sea route easier to breach than land. This is a worrisome development since the sea has traditionally been seen by Indians as a barrier, something of a stiff hurdle to be crossed by people with evil designs. 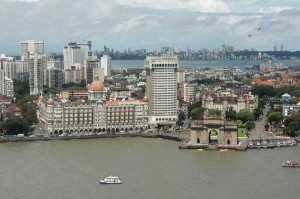 Before examining the full range of issues concerning coastal security, it will be useful to analyze the events of 26th November. Ten terrorists, ostensibly of the Lashkar group, embarked on a little known and not too big Pakistani vessel, the MV Al Husseini, which then headed towards the Sir Creek. Remarkably, the Research and Analysis Wing (R&AW) was able to spot this departure and reported the position of the ship; on 19th November it was south west of Karachi and in waters off the Sir Creek. Interestingly, an Indian fishing trawler from Porbander, Kuber, had obtained a permit to head towards the waters off Sir Creek on 14th September.

While support of National Security Guard (NSG) from Delhi was sought, it was not realized that an equally competent group, the Marine Commandos (MARCOS) was in immediate proximity. It could have been on the scene by midnight but came some hours later, when called.

Later events showed that this boat was either captured by the Pak terrorist group who then transferred to it or was also part of the conspiracy. In any event, the miscreants then proceeded to a position off Mumbai reaching there on the 26th November. Time and space analysis shows that the boat may well have travelled only during night hours and masqueraded as a fishing boat during the day.

Of the five crew of Kuber, four were murdered and their bodies thrown overboard. The one remaining person, probably the one who steered the vessel, was killed just before the terrorists left the boat, his beheaded body being found the next day. The group had carried a deflated rubber boat, henceforth called Gemini, which is not much more than a flat plywood bottom structure measuring 8 feet by 6 feet with rubber tube sides. The tubes were inflated and the Gemini lowered into the water. An outboard motor was put down, connected and started.

Ten men, dressed in inflated life jackets, then got into the boat, no easy task considering that the lifejacket itself hinders easy movement of the upper torso as also the fact that both the parent craft and the Gemini must have been tossing about, judging from the visuals of the next day when our Coast Guard found and boarded Kuber. Into this fragile craft were then lowered 10 AK rifles, 60 loaded magazines and 200 grenades (1 rifle, 6 magazines and 20 grenades per man) and several assembled explosives of RDX. The men sat on the rubber sides, less than two feet from the sea surface as the boat sped towards the fishing village called Machchimaar Nagar, on high profile Cuffe Parade.

Such a craft arriving there is so rare an event that it should have got the local fishermen to raise alarm but just one woman asked them who they were and was easily brushed off. The group climbed out, the busy road was just there, hailed cabs and easily moved out to their separate destinations, each man carrying at least sixty pounds of weight in assorted bags, yet arousing no suspicion. They left an RDX bomb in each of the taxis which was enough to blow them up at different places, far removed from one another.

This is how they came and got to where they did. This is not something which some civilians, howsoever indoctrinated and trained in some Lashkar camp, can do easily. Even Navy sailors, trained to do things at sea, would find the task very difficult; only Marine Commandos would, normally, be fit for such work. It is, therefore, clear that the people who came were actually commandos, either serving in the Pak Army or retired and, if not that, people trained over a considerable period of time by those who had been in the military profession. The entire operation was, undoubtedly, planned and managed by the ISI, another word for the military, with groups like the Lashkar and Jaish only being convenient fronts. It is important to comprehend this reality because this is the seriousness of the threat that India faces.

Intelligence and response are two other areas which merit examination. As mentioned earlier, the RAW reported the presence of Al Husseini on 19th November and its position. Such raw intelligence has to be analyzed in conjunction with any other information and a reasonably coherent picture developed by the agency charged with co-ordination of intelligence, in our case, the Joint Intelligence Committee (JIC). An input was received from the Intelligence Bureau (IB) on 20th September that high profile targets such as the Taj and other sea front hotels in Mumbai could be hit.

For patrols to cover the entire sea area and at all times will require resources which no country can afford and even then the sanitization might not be complete. To investigate the bona fides of even a hundred fishing boats daily requires hours of tedious work during daylight; at night it is next to impossible.

Linked together, the two bits of information should have resulted in an assessment of when the intruders could land and of the likely targets. This did not happen because there was no analysis of inputs coming in from different sources at different times which speaks poorly of the work done at the JIC. As for response, by 10 PM on 26th November, it had become clear to authorities in Mumbai that a major terrorist attack was in progress and that two of the most high profile hotels were being held hostage. Yet, while support of National Security Guard (NSG) from Delhi was sought, it was not realized that an equally competent group, the Marine Commandos (MARCOS) was in immediate proximity. It could have been on the scene by midnight but came some hours later, when called. Even then, it was tasked only to evacuate people.

This time gap allowed the terrorists to entrench themselves more firmly. As for the NSG, the contingent of 200 was ready at Delhi airport within two hours of being informed at Manesar, the base camp, but remained sitting there for another three hours awaiting the arrival of Air Force aircraft from Chandigarh. Any of the several passenger jets on the tarmac could easily have been requisitioned, saving valuable time, but this was not done. Consequently, the first response came only twelve hours after the hotels were attacked, when the NSG commandos reached the scene.