Underscoring its primacy as Pakistan’s primary benefactor in the realm of arms transfers, China’s recent upward swing in conventional arms sales to Islamabad has ruffled feathers as far as security of the South Asian sub-continent is concerned. As China positions itself as the fifth largest global arms exporter following long-established suppliers—the US, Russia, France and Great Britain, the fact that weapons sales to Pakistan have been instrumental in Beijing’s achieving the mentioned feat is incontestably conclusive.

In addition to being Pakistans largest defence supplier, China simultaneously is working towards enhancing its own strategic outreach in South Asia for which, Islamabad has provided a key base.

Given that both Islamabad and Beijing envision their partnership through a prism in which, keeping India engaged and limited to the peripheries of South Asia is a discernible objective, the deep-rooted cooperation in the military sphere is a critical angle. This was widely demonstrated in December 2008 when Pakistan and China signed a landmark agreement that sought to further escalate existing bilateral military cooperation. The agreement signed in Beijing between Pakistan’s Chairman Joint Chiefs of Staff Committee, General Tariq Majid and People’s Liberation Army’s Chief of General Staff, General Chen Bingde, was in furtherance to the forum of Defence and Security Talks instituted way back in 2002.

While keeping a close tab on the security calculus in the region, New Delhi remains constantly on its guard with reference to the growing military nexus between China and Pakistan. Expressing grave apprehension on this subject, India’s Defence Minister, AK Antony stated in November 2009, “The increasing nexus between China and Pakistan in the military sphere remains an area of serious concern.”

It was well established by the early 1980s that nearly 65 percent of Pakistan’s aircraft and 75 per cent of its tanks were supplied by China. Therefore, the recent build-up in Beijing-Islamabad arms deals have further been placed under the scanner more intimately especially following China’s decision to sell submarines and warships to Pakistan. As the Chinese defence industry assumes shape towards becoming a formidable contender in the vast Asian and African weapons markets, it needs to be highlighted that primarily, most of China’s big ticket arms sales come from a handful of customers, most importantly, Pakistan. In an apparent attempt to equate India’s defence cooperation with the US and Russia, Deputy Director of China Arms Control and Disarmament Association, Zhai Dequan advocated, “The initiative may invite concerns from its neighbouring countries, but the doubts are unnecessary.”

During a visit to China, Pakistan’s Chief of Naval Staff, Noman Bashir, held discussions for the purchase of JF-17 fighter planes (which Pakistan is co-producing with the Chinese) and four Jiangwei-class frigates. The JF-17, better known as the Thunder fighter jet (FC-1) is a lightweight multi-role combat aircraft similar in design to the US F-20 Tigershark and is being distinctively projected to be sold in the developing markets thus replacing the outmoded and obsolete fleet of the MiG-21, F-7, and F-5 fighters. Notably, there are estimates that Islamabad could ultimately end up purchasing as many as 250 of these aircrafts.

As Pakistan is fast on track so as to hone its asymmetric military capabilities, Chinese surface-to-surface missile sales to Islamabad raise grave apprehension for India.

In addition, Pakistan reportedly has placed an order for as many as eight F22P frigates from China in the past few years and now is graduating on to a considerably larger model. The first of the four F22P frigates ordered by Pakistan was delivered in July 2009. In fact, the delivery of the shipment coincided with Pakistan Defence Minister, Chaudhry Ahmed Mukhtar’s visit to Beijing in July 2009. Vowing to augment military ties between their two countries, Chinese Defence Minister, Liang Guanglie stated, “China values the relationship with Pakistan and is engaged in boosting bilateral ties from a strategic and long-term perspective.” Significantly, the Pakistani warships now possess all-round capability to target surface ships, aircrafts as well as submarines.

According to the Stockholm International Peace Research Institute (SIPRI) Arms Transfers database, chief Chinese weapons exports to Pakistan include the K-8 lightweight trainer/attack jets since 2000. In addition, China has also sold more than a 100 of the export version of the PLA Air Force’s F-7E, called the F-7MG fighter jet which primarily is an upgraded adaptation of the MiG-21.

Besides, Islamabad is exploring possibilities for an advance range of ammunition and weapons for which it is likely to seek crucial Chinese assistance, including missiles. Pakistan is the recipient of the C-801/C-802 anti-ship cruise missile also known as the Yingji (Eagle Strike) YJ-8 and YJ-82—capable of being launched from ship, land or aircraft. As Pakistan is fast on track so as to hone its asymmetric military capabilities, Chinese surface-to-surface missile sales to Islamabad raise grave apprehension for India. Incidentally, it is a well-known reality that China sold the DF-11 (the M-11s) to Pakistan.

Beijing has indeed traveled a long distance in the realm of conventional arms sales since the decade of the 1980s when the protracted Iran-Iraq war provided it with the perfect opportunity of becoming a key supplier of ‘economical’ weapon systems to developing nations. Since that time, the value of China’s arms export transfer agreements with developing nations hit a pinnacle in 2007 at $3.8 billion. The production of the J-17 fighter aircrafts could well be credited for constituting a considerable chunk of this figure. According to reports, China’s overseas arms sales have averaged more than $2 billion a year in the recent past, which is considerably higher in comparison to the decade of the 90s, when Beijing averaged less than $1 billion annually in arms exports. In the time period ranging 2000-2007, China exported $7.8 billion worth of arms globally.

Given Beijing’s ambitions to establish itself as a ‘blue-water’ navy, the Gwadar Port would accentuate China’s power projection in the Indian Ocean Region thus allowing it to secure oil and gas supplies from the Persian Gulf.

In addition to being Pakistan’s largest defence supplier, China simultaneously is working towards enhancing its own strategic outreach in South Asia for which, Islamabad has provided a key base. Beijing has invested heavily in the development of a deep-sea port at the naval base at Gwadar, at the western end of the Makran coast in Pakistan’s Baluchistan province. Given Beijing’s ambitions to establish itself as a ‘blue-water’ navy, the Gwadar Port would accentuate China’s power projection in the Indian Ocean Region thus allowing it to secure oil and gas supplies from the Persian Gulf. The initial phase of the Gwadar project has cost $250 million on completion, of which, China is reported to have financed 80 percent. Palpably, there are security ramifications given that the possibility of China turning the Gwadar Port into a berthing facility for its naval warships cannot be negated altogether.

As China envisions a superiorly enhanced role for itself in the international theater, it has circumspectly chosen to nurture ties with certain countries in the region which would be of significance as far as tying down potential regional challengers goes. It would be prudent to state that China’s ties with Pakistan remain a core and crucial component of this strategy and Beijing is likely to continue promoting its conventional arms sales to Islamabad which in turn, shall double up as a carefully orchestrated business strategy for endorsing the Chinese defence firms as well. Indian External Affairs Minister, SM Krishna, underlined India’s apprehensions on the ongoing developments whilst he stated that New Delhi was “closely” monitoring the sale of arms to Pakistan by China further adding, “All these developments are closely monitored by the external affairs ministry, the defence ministry and various other ministries and the Prime Minister.”

In an editorial published in the China Daily on February 23, 2009 titled “Sino-Pakistan Relations Higher than Himalayas,” Pakistan’s President, Asif Ali Zardari, wrote, “Perhaps no relationship between two sovereign states is as unique and durable as that between Pakistan and China… seen as a true, time tested and reliable friend that has always come through for Pakistan.” The ‘Pakistan route’ appears to have successfully served as Beijing’s best bet in this endeavour. 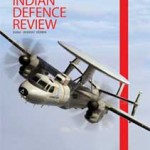 According to an ancient Chinese proverb, one mountain can house only one tiger—a pertinent testament to the Chinese objective of sustaining its pre-dominance in Asia. Pursuing a classical balance of power model in South Asia flowing out of a consequent quest for regional dominance, China’s involvement in Pakistan is aimed at pinning India down to the sub-continent. With a larger aim of attempting to restrict New Delhi’s strategic and economic flight beyond the region, Beijing has adeptly crafted its relationship with Islamabad. Although, the exact capabilities of most the Chinese weapons systems in question still remains to be ascertained, the given equations force India to gauge the latent potential of the Sino-Pak collaboration vis-à-vis the potential possibility of a two-front conflict, should, there be a shift in the existing status quo in the region.