China: Opening a New Front in the Pacific 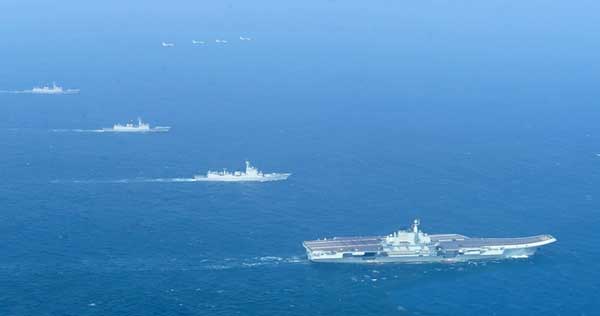 A few years ago, I had interviewed the MP from Ladakh. He had explained to me the various tactics used by the Chinese PLA to intrude into Indian territory in his mountainous region.

Sending ‘grazers’ and yaks in the Himalaya or pushing ‘fishermen’ on the seas on the same page of the Art of War; it is the easiest way to conquer territory.

The easiest way was, he said, by pushing Tibetan ‘herders’ with their yaks into Indian grazing grounds and then watch. If no immediate response was forthcoming from the Indian side, the territory de facto became Chinese.

This came back to mind, when I read an article in Want China Times: “China is equipping its maritime militia, with more armed fishing boats bolstering its muscle in the disputed South China Sea.”

Sending ‘grazers’ and yaks in the Himalaya or pushing ‘fishermen’ on the seas on the same page of the Art of War; it is the easiest way to conquer territory.

The Taiwanese publication quotes Zhang Hongzhou, a researcher from  the Rajaratnam School of International Studies in Singapore: “Equipped with armed civilian fishing boats, China’s maritime militia is one of the less studied agencies in the exercise of Chinese maritime power,” said Zhang during a two-day conference held at the Center for Naval Analyses in Virginia, US.

Zhang cited a report by the Tokyo-based Diplomat: “They are usually deployed by the Chinese government to carry out various types of missions in disputed waters, from rescuing stranded vessels to conducting controversial island landings. To enhance their activities, Beijing is for the first time considering the formation of the country’s first fishing fleet.”

In other words, China can expand its territory using a state-owned fishing boat fleet.

According to the same report, President Xi Jinping recently told the maritime militia that their mission is “not only to lead fishery activities in the region but also to collect oceanic information and support the construction of artificial islands and reefs.”

In other words, China can expand its territory using a state-owned fishing boat fleet.

But that is not all.

The Possibility of Chaos and War

On the anniversary of its founding  (August 1), the official PLA Daily stated that the challenges facing China are extremely severe and there is a risk of chaos and war.

According to the mouthpiece of the Chinese Army, there are growing risks along its borders, including in the disputed waters of the South and East China seas.

The PLA paper believes that: “China says it is a threat to nobody, but needs to update equipment and has to be able to defend what is now the world’s second-largest economy.”

The front-page article adds: “The situation surrounding our country is generally stable, but the risks and challenges are extremely severe, and the possibility of chaos and war on our doorstep has increased. …The maritime security environment is more complicated, and the undercurrents in the East and South China seas have been gushing up.”

Taiwan is not a priority to today, Beijing has other plans.

The PLA paper adds: “The mission of protecting national unity, territorial integrity and development interests is difficult and strenuous.”

At the same time, Defence Minister Chang Wanquan affirmed that “the nation was committed to being a force for peace, but would not compromise on core principles like Taiwan,” adding: “We will uphold the principle that people on both sides of the Taiwan Strait are one family and go down the path of peaceful development of relations, [but will] resolutely oppose and hold back the plots of Taiwan independence separatists.”

But Taiwan is not a priority to today, Beijing has other plans.

Next Target: the Pacific

Perhaps more importantly than Taiwan, China which appears to be satisfied to ‘have stabilized the situation’ in the South China Sea. It means that Beijing got what it wanted, i.e. an extension of its territory far away from the coastal line of the Middle Kingdom, and this, without much objection/opposition from the United States and weaker neighbours.

On the sidelines of the Association of Southeast Asian Nations forum, while Southeast Asian nations expressed their fear that China’s construction will destabilized the region, Wang affirmed: “China has already stopped.”

With the South China Sea’s phase ‘completed’, the next stage is clearly the Pacific.

Wang said: “You look, who is building? Take a plane and look for yourself.”

Now that the job is done, Wang called on the ASEAN countries “to speed up talks on how claimant states should conduct themselves in the waters.”

With the South China Sea’s phase ‘completed’, the next stage is clearly the Pacific.

A report, prepared by the Air Force Command Academy (a Beijing-based think tank for the PLAAF), in November 2014, said that “China’s air force needs to broaden its air surveillance and attack capabilities in the western Pacific including the area near Japan to ensure its command of the skies.”

According to The South China Morning Post (SCMP), the report also “stressed the need to develop and enhance nine types of ‘strategic equipment’ with an eye specifically towards the United States and its pivot to Asia.”

Though not officially released, the think-tank’s study set the vision for China’s air strategy till 2030. It lists the US, Japan, Taiwan, India and Vietnam as ‘threats’ in military airspace.

The report suggest that Beijing “should enhance the ability to attack US bases within the ‘second island chain’ with a new type of strategic bomber and ‘deter US military intervention’ in the event of a defence operation involving Chinese islands.”

The report also mentions “the ability to attack US bases on the China side of the second archipelago line with strategic bombers and deter U.S. military intervention in the event of a defence operation involving Chinese islands.”

Rukmani Gupta, an analyst at IHS Janes told the SCMP: “If China’s air force is able to undertake regular and continuous surveillance and attack operations up until the second island chain, this would represent the capability to undertake aerial out-of-area operations, necessitating a recalibration of military strategy by other actors in the region.”

Without waiting for sophisticated new equipment, the fishermen can be extremely useful to Beijing to fulfill their designs.

One thought on “China: Opening a New Front in the Pacific”