Challenges to the Indo-Us Defence Relationship 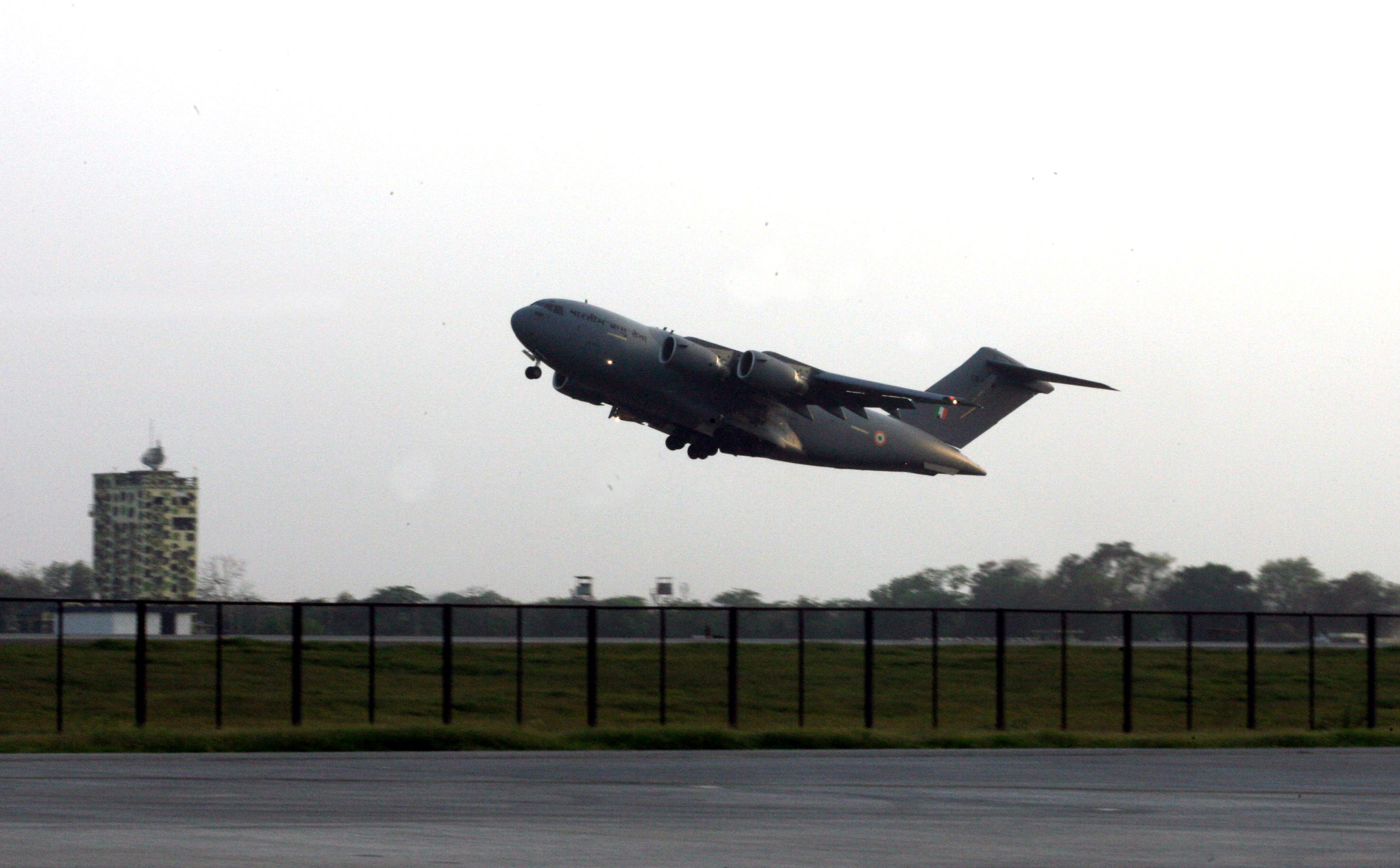 There are, however, certain obstacles, which have not yielded the true potential of defence cooperation between the two strategic partners. Though the US has emerged as the largest defence supplier in terms of value, Russia continues to be India’s single-most important supplier of defence hardware as far as the number of units is concerned. Moreover, India remains wary of the reliability of US as a defence partner because of historical suspicions. Americans, on the other hand, find India’s defence offset policy as difficult to fulfill.

India and the United States (US), and the emerging strategic partnership between the two, is directed with shared strategic logic, which includes the rise of China, Islamic fundamentalism and extremism and mutual agreements on various international issues. The two countries have been forging closer defence cooperation, which is one of the crucial engines of the strategic partnership. The US has emerged as the largest defence supplier to India in terms of value. A number of initiatives, agreements and forums have been designed and created in order to further boost military-to-military cooperation, defence co-production and co-development as well as collaborations in R&D in defence technology. The June 2015 Defence Agreement signed between the US Secretary of Defence Ashton Carter and the Indian Defence Minister Manohar Parrikar envisions further strengthening of the defence relationship.

There are, however, certain obstacles that have prevented full exploitation of the true potential of defence cooperation between the two strategic partners. Though the US has emerged as the largest defence supplier in terms of value, Russia continues to be India’s single-most important supplier of defence hardware as far as the number of units is concerned. Moreover, India remains wary of the reliability of US as a defence partner because of historical suspicions. Americans, on the other hand, find it difficult to comply with India’s defence offset policy.

The progress in the joint initiatives between the two nations on various projects has hardly yielded positive results and growth in defence cooperation is disappointing. The US government also voices concerns over the effectiveness of the IPR regime in India and therefore, defence companies are hesitant to participate and invest. America’s licensing policies and its insistence on signing of foundational agreements such as CISMOA, BECA and LSA, have been lingering issues which have been pending for years. The challenges, which require a critical examination, are many.

During the Cold War, the Indo-US bilateral relationship can be said to have had ‘uneasy beginnings’…

During the Cold War, the Indo-US bilateral relationship can be said to have had ‘uneasy beginnings’. As India was one of the leaders of the Third World nations championing the ideology of ‘non-alignment’, India was a pariah of sorts for the US. During the 1962 India-China War, India received substantial military assistance from the US which dramatically altered perceptions. However, the bonhomie did not last long as India moved closer to the Formerly Soviet Union (FSU). Moreover, the saga of the USS Enterprise being sent into the Bay of Bengal during the East Pakistan Crisis of 1971 brought the relationship to its nadir.1

India’s so-called ‘Peaceful Nuclear Explosion’ (PNE) in 1974 and the Shakti nuclear tests of 1998 are events that created further misperceptions. Sanctions were imposed on India and critical institutions such as the Defence Research and Development Organisation (DRDO) and the Indian Space Research Organisation (ISRO) were brought under the Entity List. But as the USSR collapsed, India had to look for alternatives for its military and other needs. Moreover, as both US and India shared common values such as democracy, the two nations saw each other as partners that could work together to address issues and challenges in the international system.2

With the signing of the Next Steps for Strategic Partnership (NSSP) in 2004, which was followed by the conclusion of the Indo-US Nuclear Deal in 2008, it took the relationship to a new level. There was a shift in the overall strategic understanding between India and the US and thus it led to certain practical steps being taken for enhancing defence cooperation, be it arms sales or troop exercises, which was necessary for an enduring strategic partnership.3 This has fructified over the years yet certain challenges remain.

India and the US seek to advance shared values such as freedom, democracy and the rule of law as also have shared security interests. As a result of the deepening of the Indo-US relations, defence cooperation between the two has expanded over the past decade.4 The US views India as a partner in the context of common belief and shared national interests such as defeating terrorism, prevention of proliferation of Weapons of Mass Destruction (WMD) and envisioning regional and global stability.5 Therefore, enhanced defence and security cooperation has emerged as a key component in the bilateral relationship. Moreover, the US views India as a ‘lynchpin’ in its ‘rebalancing’ strategy in the Asia-Pacific. Analysts view that there is substantial convergence between the two in the context of Asian balance of power, especially because of the rapid rise of China.6

The US sees India as a stabilising power and India views the US as a source of advanced technology which could help it to develop its domestic defence industry. India views the defence relationship with the US as one of the means to obtain the technology that it wants, that others cannot provide. More importantly, a common strategic vision is emerging between India and the US. India-US strategic interests are increasingly aligning, and are expected to grow in the future.7 Defence and security ties could be the means for dispelling misperceptions that exist on certain issues and could be the fulcrum of the Indo-US bilateral relationship. The evolution of Indo-US defence ties move forward on the backdrop of broad strategic interests and is expected to progress in a positive manner.

The two democracies are taking major strides to enhance defence cooperation which is the true hallmark of any strategic partnership. Along with military-to-military ties such as security cooperation and combined exercises, the Indo-US defence ties have undergone a sea change over the previous decade. India is likely to spend $100 billion or more over the next decade towards military modernisation. American security companies see India as a huge market for military hardware. 8According to analysts, increased defence trade between the two countries could help revive the stagnating relationship.9

The ‘New Framework for India-US Defence Relationship’ that was signed in June 2005, replaced the Agreed Minutes of Defence Relations of January 1995. The defence agreement of 2005 was an attempt to expand the scope of Indo-US defence relations and to remove mutual suspicion between the two that had dominated the relations in the past, especially after India’s Pokhran II tests.10 The agreement identified a number of shared political objectives and charted a new course for the defence ties.

The trust between India and the US has grown over the years and upward trends in defence trade are indicators of the growing defence cooperation between the two. Over the past eight years, the US has bagged deals worth approximately $10 billion and is now set to emerge as the largest defence supplier to India.11 A number of deals and joint projects were finalised with the signing of the ten-year Framework for India-US Defence Relationship in June 2015 and prospects for further cooperation has grown. The latest defence framework envisages joint development and manufacture of defence equipment, aircraft carrier design and construction.12 The framework builds upon the previous agreement of 2005 and successes to guide the bilateral defence and strategic partnership for the next decade.

Challenges to the Defence Relationship

The challenges that could hinder the true fostering of the defence relationship between India and the US need mention. The challenges are identified in the following sections.

The defence trade between the world’s largest exporter of arms i.e. the US and one of the largest arms importer i.e. India, has immense business potential, but are complicated by legal, political, strategic, historical and bureaucratic impediments. The US insists on improving military-to-military relations by enhancing “interoperability” through common defence platforms. The US has been insisting on two major “interoperability” agreements, namely Communication Interoperability and Security Memorandum of Agreement (CISMOA) and the Basic Exchange and Cooperation Agreement (BECA) for Geospatial Cooperation. India, however, believes that such agreements would have consequential effects on its practice of strategic autonomy and it might “impinge on its sovereignty”.13

In short, CISMOA and BECA allow the US to transfer advanced communication technology to signatory states. The technologies include satellite navigation, secure communications equipment, and synchronised laser guidance systems. The CISMOA requires the purchasers to make sure that the defence equipment being purchased are compatible with American systems. The BECA deals with mutual logistical support that enables exchanges of communications and other equipment.14