“Attacks in Europe”: Tet offensive? Or Kamikaze? Or worse? 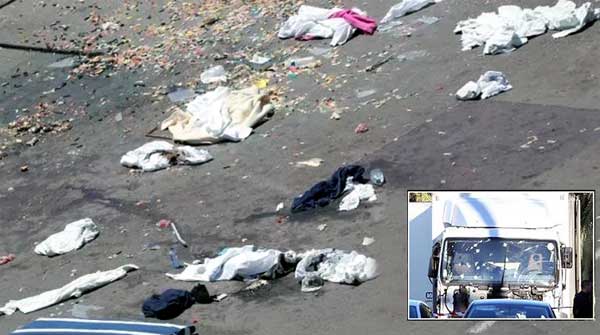 With ISIS taking the backdoor, their exit strategy included attacks on Paris, Brussels, Baghdad, Orlando, Istanbul and now Nice, France. Their actions have bewildered numerous security experts, some calling it the last ISIS offence, similar to the Japanese pilots in World War II, while some consider this as “a resurrection” like the Vietcong in the Vietnam war.

The attacks at Istanbul airport followed by the Orlando shooting which the ISIS took responsibility for, points out the same fact that the organization is rather expanding its operational area.

As looking at the post incident reports from Nice, a truck smashed into a crowd in Nice, France, crushing people who gathered there to celebrate the Bastille Day fireworks. More than 80 civilians are confirmed dead, however, speaking to the media, Police officials are fearing the tool to be more, leaving more than 100 wounded. Some experts did confirm the intentions of the militant to blow up the truck, as the militant had stocks of guns and grenades. However, the militant was gunned down, what some referred to as, brief firefight.

With experts calling this an “innovation of jihad”, the French President, French President François Hollande labelled this as terrorism, calling an extension on “anti-terror” raising the level of “state of emergency,” for another three months.

As of today, no militant organization including the ISIS has taken credit for this attack. But there are evidences of ISIS presence. These attacks point the fingers to the mastermind Abu Musab al-Zarqawi, who, in numerous videos, encouraged the use of trucks, and blow up, including key targets such as the U.S. Embassy in Jordan. ISIS has been using similar tactics in Baghdad and Syria. Zarqawi’s militia group continues to be leading the organization. They are the ones likely to take responsible for this attack, even if the attacks are conducted by a single terrorist.

The attacks at Istanbul airport followed by the Orlando shooting which the ISIS took responsibility for, points out the same fact that the organization is rather expanding its operational area. But, many experts support the fact that, this is might not be the case. Not long ago, New York times reported that ISIS was badly struggling, whereas Baghdadi released a video encouraging his followers to carry more attacks against the enemies of the Caliphate while supporting Caliphate’s strength. On the contrary, ISIS has been rapidly losing its members, air attacks have disrupted its operation killing leaders, whereas it is continuously loosing territory and money. Moreover, some experts suggest that, the group has become more violent than Al Qaeda, especially when it was on the verge of occupying Iraq and Syria.

…frightened by a near defeat, the Japanese called for Kamikaze attacks, where pilots flying fighter aircrafts equipped with bombs would struck the naval ships. These “suicidal attacks” were dangerous and damaged more than 300 US naval ships.

The increasing violent attacks in Europe has a perfect resemblance to Tet offensive. Whereas some experts believe this to be a strategic victory, as the Tet offensive in Vietnam brought the downfall of American invasion. But one cannot compare this with case of Vietnam. Here the conflict is not about occupation or driving the “infidels” while in Vietnam the game was entirely different. Almost half of the attackers in this offensive were killed. Man experts during the 80s excepted the fallout of growing insurgency in South, while many military commanders referred this as a “big mistake”. Now, this brings us to the question, how successful was Tet offensive? Irrespective of Viet Cong and North Vietnamese strong retaliation American top commanders saw a strong “chance of victory” as the offensive would “see the end of communism in Vietnam”. The American commanders were sure of the Vietcong defeat, whereas prepared themselves for a counter offensive from the communist forces. With the growing discontent towards war at home Washington grew restless. Inspite of being a complete tactical failure, the offensive proved to be a major strategical success.

The recent militant incidents also remind us of the last days of war in the Pacific theatre. The Japanese were losing their control over islands, ships were sinking and planes were blown out of the sky, frightened by a near defeat, the Japanese called for Kamikaze attacks, where pilots flying fighter aircrafts equipped with bombs would struck the naval ships. These “suicidal attacks” were dangerous and damaged more than 300 US naval ships. It is also important to note that, in spite of these attacks, the outcome of the result didn’t change. More or less, the American strengthen their grip on the offence, and even used destruction (two atomic bombs).

This brings to the ultimate question, are these rapidly growing militant incidents, a last options of offense or an example of growing strength and warning? The coalition against terror have been dismantling their network with precision air strikes, and combined air and ground offensives, giving a simple end to a militant campaign, raising the questions of xenophobia against the Muslims at home, which is also increasing the inclination of local youths to join ISIS, giving a new life to the organization. It is only up to the actions of coalition forces against the militant groups, which will reveal true plan ISIS and their factions.