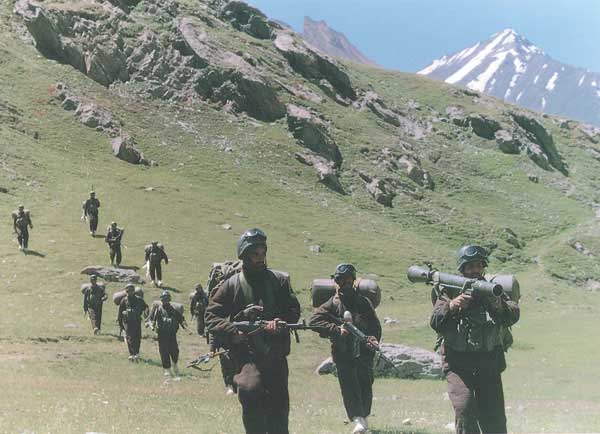 The bulk of Indian Army remains deployed in Himalayan range facing possibility of war on two fronts, with collusion of adversaries in north and west. This range, has nine of the world’s ten highest peaks, presents unique and toughest battlegrounds; the terrain and environment threat there is equal to any enemy. The technology has transformed all types of warfare, except war-fighting in mountains where it has failed to make decisive impact, particularly on logistics. This is mainly due to the Western countries which lead the technologies race do not visualise the need to prepare for warfare in such terrain and India has not done so independently. The logistic support is crucial to warfare in battlefield of every type, in mountains it decides the outcome of war– as Napoleon had observed that – “The Army marches on its belly”. Historically, Animal Transport (AT) comprising mules, has been pivotal to operational logistics in all mountain operations so far and its role can’t be undermined for future requirements also. This key contingent of Indian Army should not be frittered away further considering Indian Army’s compulsions in the mountainous bordering regions.

The ground situation and the atmospheric conditions in mountains need to be assimilated for fighting a successful war there. Except for a few plateaus, the high altitude areas along the mountainous borders are segmented into restrictive valleys and formidable ridges. The terrain varies widely from barren to densely forested, from extremely rocky to glaciated. Indian Army occupies the leeward side of the mountain ranges. The lower ranges rising from the plains receive high levels of rainfall in the monsoons. These lower ranges are largely unstable and extremely prone to the landslides. The accessibility upto axis (?) in many of the sectors has been enhanced through newly constructed roads, but so has increased the ferocity of rains causing disruptions. In the higher reaches nearer the watershed the areas have frigid temperature, rarefied atmosphere, and intense solar radiation with treacherous and rapidly changing weather, ranging from thunderstorms, blizzards, blinding sun to dense fog which can isolate from outside world for long periods. The unfolding climate change is likely to deteriorate the situation further.

The terrain and atmosphere overwhelmingly constraint military operations in mountains by limiting mobility, manoeuvrability and the approaches; men’s stamina declines, equipment degrades, and logistical needs increase. Failure to adapt to the terrain and environment and prepare accordingly proves unforgiving.

To offset limitations of the terrain, militaries prefer to occupy heights which dominate the axes of maintainence and passes which facilitate movement in mountains. The choices, thus, for an army facing the enemy sitting on dominating heights, generally are limited. The best way to dislodge in such situation is either enveloping the enemy from flanks or from the rear, and isolating, wherein achieving tactical surprise assume significance to imbalance the enemy. Infantry attains such daring objectives with the support of effective firepower and reliable logistics. Similarly, in defensive manoeuvre also, maintaining uninterrupted supply lines to combat zone in eventualities of enemy interdiction is the key to success.

Development in aviation has surely catalysed  certain aspects of operation logistics in mountain warfare but its severe aerodynamic limitations and vulnerability to enemy attacks continue to impinge its dependability. The terrain interrupts air to air and air to ground communication; swift changes in weather can shut off flying for weeks. The limited ingress and egress routes in valleys are deftly marked by enemy which makes air platforms easy targets for enemy’s ground attacks from the hidden locations. During Kargil conflict, Indian military lost an aircraft and a helicopter to Stinger missiles within first two days of the air assault. The US military lost five of the seven superior  quality Apache helicopters fitted with anti-missile systems to direct hits with Grenades and Machine Guns from Al Qaida during Operation Anaconda in Afghanistan. Soviet military too lost there more than one hundred aircrafts and three hundred helicopters to ground attacks from Mujahideen. The aerial supply system also exposes own positions for enemy attacks. These vulnerabilities and limitations restrict  role of helicopters in logistics upto dumps and bases, only in the depths from frontline. Even much talked about Drones also confront similar adversities. Moreover, they are yet to be tried anywhere for maintaining supply lines in hot-war zones.

The terrestrial supply system is equally fraught with limitations in mountains. Military history is replete with experiences wherein the conditions of roads and countryside in mountainous battlefields frequently turned to such that it often became virtually impossible for vehicles to maintain the supply lines in contact zones. Even specially designed vehicles fail to move over the hazardous trails and slopes which the infantry embraces for its manoeuvres. In recent attempts to search for the solution, Lockheed-Martin in USA developed a Multifunction Utility /Logistics and Equipment (MULE). It was a remotely – controlled, six-wheeled, computerised vehicle with capacity to carry 1000 lbs, specifically meant for maintaining supply lines for most forward lines in the battlefield. However, it failed almost all field tests.

AT might have become superfluous for moving guns but its requirements for supporting the supply system can’t be brushed aside. In contact zones, the AT alone makes a time-tested, versatile and dependable contingent for logistic support  to meet dire needs of the infantry. In modern wars the load on the infantry soldier has increased manifold. AT remains crucial for hauling sub-Unit support weapons and the related loads, maintaining stealth, preserving soldiers’ stamina for further manoeuvres. The AT replenishes soldiers’ daily needs of food, water and ammunition during hot war; and the porters complement as per the situation. The AT makes a reliable transportation mode during interdiction of supply lines due to enemy actions and in other eventualities .

Nonetheless, aside from apparently sounding unglamorous  and primitive ,the AT has some real disadvantages of its own. Not only it’s cumbersome to manage administrative needs of animals in remote areas, even the deployment of AT turns inefficient at times, particularly when the supply chain grows, turnaround distance increases beyond a day, and the mules have to ferry their own forage. The effective payload carried by AT then reduces drastically. However, militaries across the world have used the AT consistently in mountains despite AT’s inherent drawbacks and despite many of these militaries even being much advanced technologically.

The US Army was almost totally motorised when they entered the Second World War. But they hastily reverted from motors to mules at large scale in theatres of Europe, North Africa and South – South East Asia. Burma Campaign is particularly considered as one of the most challenging amongst all from combat and supply perspectives where the AT was extensively used. The “Chindits” of Wingate – Long Range Penetrations Groups (LRPG) – could produce operational success in most difficult situations with the support of the AT, even while facing severe losses in initial phases. Again, prior to 2001, when the US  launched its War on Terror in Afghanistan, their military planners had already done away with training of their troops on AT being confident that technology had then rendered the AT obsolete. Yet again, they had to adapt quickly to blend technology with the antiquity of AT. Accordingly, they adjusted, coached their troops on handling animals, procured the Native stock and packed their way to the war. Thereafter, the AT remains a constant feature of their training.

Even the experiences of Indian Army pertaining to appreciation towards its requirements of AT has not been much different. Prior to Kargil conflict, a considered view had then emerged that the requirements for the AT had become minuscule due to the advancements. Veritably, a decision to do away with most of the AT contingent had also consequently been taken. But the need for the AT was felt inescapable in the conflict, and in view of the lessons learned, the decision had to be reviewed thereafter.

During recent discourses in Indian Army’s context, many calls have resurfaced to replace the AT with technology for logistic support. Drones for delivering logistic requirements seem to be the newest fad! There are commentaries asking to restructure even accretive Forces on these lines. The technology infusion, of course, is vitally needed for enhancing heavy, inter-sectoral and in-depth lifts and for boosting the firepower in mountains, but not for replacing the AT. The immutable realities of the harsh environment and adverse terrain should not be overlooked due to hubris born of an absolute faith in the technology. The notion that constant elements of climate and geography of mighty Himalayas can be altered by technology need to be reviewed with objectivity of the history and reality of the ground.

The cascading effects of modernisation and management of teeth-to-tail ratio in recent decades have already impacted the AT contingent. Also, there is a need to factor-in the strength of troops raised for the mountains during this period. Provisioning of AT, moreover, is a slow process as it takes five years to get an AT contingent operational even when commensurate breeding and training infrastructure is available. Problem is further compounded due to non-availability of the desired stock from civil due to decline of Equine population in the country, as confirmed by successive livestock censuses.

Thus, there is a need to maintain the AT contingent at appropriate levels, and also to include the additional requirements as envisaged integral to the accretive Forces. The precious resources of breeding and training bases for AT held with Army ought to be preserved at proportionate levels to maintain the supply lines of the precious stock. Also, there is a need to promote Equine breeding in border areas for meeting the operational needs of Indian Army. Recreating AT at short notice will not be feasible.