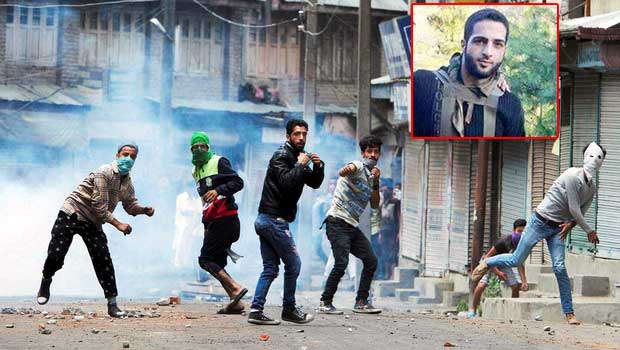 Recently J&K has been seen some trouble times. The PDP, BJP alliance under the new Chief Minister (CM) Mehbooba Mufti has seen baptism by fire and there is no let up. The Burhan Wani encounter started the wave of protest which doesn’t seem to be stopping and has put the CM under tremendous strain, the government at the center too has been feeling the heat.

The state of J&K is going through a cusp period which if not handled properly could spiral into something which would match the breaking down of the Berlin Wall.

The question that is upper most in many people’s mind is: what happens if the PDP government is not able to deliver, and the protests continue in spite of everyone’s best efforts. Is there a plan B with the government? The role of the governor in such a scenario becomes critical. The present governor of J&K, Shri NM Vohra has been holding the job for last eight years should be allowed to exit with grace and bouquets, for the wonderful job that has he has done under very difficult circumstances.

Governor’s post in the troubled state of J&K has always been a very sensitive issue. The ghost of Jag Mohan’s legacy still haunts the J&K. Most political parties and specially the one in power desire a low key, non-interfering, mild man who would not rock the boat too much even if things turn ugly in the state. The central government would like someone who can look after the center’s interests with a certain amount of soft glove approach. Any man with certain administrative background or skill should fit the bill for both these criteria. Hence the administrative service would get preference to hold that post.

But what is the current requirement on ground? Does the state want a puppet, and does the center wants a man who would always look towards Delhi for every decision? The situation is neither conducive nor desirable to simply run with the tide. The state of J&K is going through a cusp period which if not handled properly could spiral into something which would match the breaking down of the Berlin Wall. Thus the state requires a person who understands the dynamics of J&K better than most and at least as well as the local politicians. Only then can he stand on his own and enforce decisions which may be unpalatable in short term but would augur well in the long term context.

Any person who is to be appointed must be firstly keen to hold such a responsibility and secondly show dynamism of mind and adaptability to stick to a broader narrative.

Which is the breed of people who would foot this bill? Not many. These could include the Ex government servants: Secretary level in the state of J&K, or a J&K politician of repute or an Ex DGP Police or a high ranking armed forces officer who has been at the helm of affairs in either the Udhampur based Northern Command or the Srinagar based Corps which handles the counter Insurgency conflict in the Kashmir valley. To my mind any of these people should foot the bill for a broad selection. Who amongst them should be selected is more important question to ask.

Any person who is to be appointed must be firstly keen to hold such a responsibility and secondly show dynamism of mind and adaptability to stick to a broader narrative. Once in the chair he cannot be seen to be a stooge of the central government if his decisions are to be obeyed and implemented.

The army has been an integral part of the state since its independence. In fact the state owes its birth to the Indian armed forces. Ever since then it has been present in J&K. The onslaught of insurgency, which now can be proved is a result of, consistent implementation wrong policies by people in power, both in Delhi and Srinagar. The long and difficult history of terrorism in the state has been managed mostly by the army, along with the State Police, CRPF and the BSF in some measure.

Army became the face of central government and took the brickbats with certain amount of élan. People of the state abused the army thinking they are abusing the central government. Yet these very people have benefitted from the army’s indulgence in their lives, whenever there has been a natural calamity in the state or when they have been hit with social, medical or infrastructural problems, army and other security forces have been instrumental in finding solutions to their immediate problems.

People of the state abused the army thinking they are abusing the central government.

Thus it was surprising to read in the papers (refer Indian Express, 28 Jul 16, Sunday edition, Anand Misra’s repot) that while a new name is being looked at, the state government has conveyed it to the center that they would not accept any army man as the next governor of the state.

Its ironical that a state whose administration has been a major beneficiary of the help from the armed forces in times of crisis, be it the earthquake in 2005, the floods in Srinagar in 2014 or abandoning of the certain posts in south Kashmir in Aug 2016, makes that as a pre-condition. Some of the best administrators in troubled time came from the armed forces and thanks to their efforts in the last 30 years a sense of normalcy could be brought back to the state. The political process (which now seems to have stalled) owes its realization to the work that the armed forces have put in to bring the state back from chaos to normalcy. Hence the open precondition asking to refrain an army person from holding a post, which if held by the right person can make a difference in how history would be written in the state is baffling.

An anguish of a service person comes not from the demand of the local government but that the government at the center, also seems to be toeing the same line. They too tend to believe that putting an army man would send a wrong signal to the world. The two names that are supposedly in consideration from the army, are both outstanding people with impeccable record of honesty and integrity. They would be hard to match, man for man by anyone from other services. And should there be someone better, then he surely deserves to be nominated. Yet to take away at the outset someone who is competent and has the ability to deliver, only because he has an army background is a grave injustice to the people of this nation who take immense pride in their armed forces.

A nation can neglect its armed forces only at its own peril and let someone in power take heed to these signs.

Let me quote Sir William Butler (the British commander in chief in south Africa in 1898)“ The nation that will insist drawing a broad line between fighting man and thinking man, is likely to find its fighting done by fools and thinking done by cowards”

The current turmoil of the armed forces veterans and the central government in the OROP case, the lack of opportunities for armed forces personnel in civilian world, be it in the corporate or the public services including government nominated posts, the absolute neglect of the government in representing the services in any format in any important decision process or mechanism, have all combined to have an adverse effect on armed forces personnel and also as a career option for younger generation. Our adversaries would be excited at these developments and its future implications.

It would be grave mistake if the nation can be made to believe that security can be pushed to the background or even outsourced to a unmotivated force. A nation can neglect its armed forces only at its own peril and let someone in power take heed to these signs. They are coming in small numbers yet they are conveying an alarming message.

5 thoughts on “An Opinion on J&K: Fighting done by Fools & Thinking done by Cowards”