An Integrated Approach to Defence Procurement 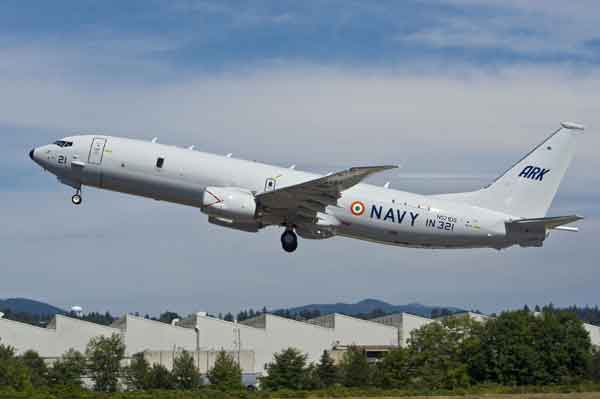 It is evident that the services need to be more proactive in the process of procurement. It is also obvious that the optimum and cost-effective utilisation of the defence budget must be the basis for all defence purchases. This becomes more apparent considering the rising cost of weapon systems for the three services. Over the years, military expenditure today has increased significantly from what it was some 15 years ago. For example, in the five-year period between 1996 and 2000, India had an average annual defence expenditure of $20 billion. A decade later, between 2006 and 2010, this figure shot up to an average of $32 billion per year. Even the value and size of individual contracts have gone up considerably. The recent purchases for the IAF including the ongoing Medium Multi-Role Combat Aircraft (MMRCA) tender in the final stages of conclusion are by themselves billion-dollar deals.

Recently, the Chief of Army Staff, General VK Singh alleged that he had been offered a Rs 14 crore bribe to approve the case for induction of sub-standard Tatra heavy vehicles for the Indian Army. A day later, after a furore in Parliament, Defence Minister AK Antony ordered a probe by the Central Bureau of Investigation. This case brings to light a more serious inadequacy in the framework of rules and procedure for the procurement of defence equipment for the three wings of the Indian Armed Forces. In spite of all its efforts over the past twenty five years or so, the Indian Army still does not have self-propelled artillery nor does it have the 155 mm calibre guns it needs. It has taken nearly three years to obtain clearance from the government for the proposal to purchase the Pilatus PC7 basic flying trainer aircraft for the Indian Air Force (IAF), a requirement that was extremely critical. Similar delays have been witnessed in the case of acquisition of warships and submarines for the Indian Navy.

India’s defence procurement processes are not in tune with the requirements of the Indian Armed Forces….

These specific instances are a pointer to a broader problem here, that of India’s defence procurement processes not being in tune with the requirements of the Indian Armed Forces. It is not only a problem of bribery and corruption but also of delays in the procurement process which seems to have become endemic and ultimately dilutes the effectiveness of the Indian Armed Forces.

Some other aspects in relation to the scam regarding the Tatra heavy vehicles reveal a disturbing malaise in the approach to the needs of the services. When the Tatra trucks were found deficient in performance at high altitudes by the then Lt. Gen. V K Singh, had no one from the Indian Army reported this deficiency at any time in the previous decades, or had no one from the Indian Army checked whether they were being overcharged for the price of the truck? What kind of indigenisation efforts were put in by Bharat Earth Movers Ltd. (BEML) to try to design a vehicle to operate in Indian conditions? In this instance, if the additional charge per vehicle was reported to be Rs 40 lakh and some 800 trucks were on order per year, then not only would BEML benefit from a profit of around Rs 320 crore annually but more importantly, this amount would not have been available to the Indian Army for other requirements. It is certain that there will be similar stories relating to procurements for both the Air Force and the Navy. The cumulative effect on the budget for the three services if computed meticulously, could well reach staggering proportions!

It is evident that the services need to be more proactive in the process of procurement. It is also obvious that the optimum and cost effective utilisation of the defence budget must be the basis for all defence purchases. This becomes more apparent considering the rising cost of weapon systems for the three services. Over the years, military expenditure today has increased significantly from what it was some 15 years ago. For example, in the five-year period between 1996 and 2000, India had an average annual defence expenditure of $20 billion. A decade later, between 2006 and 2010, this figure shot up to an average of $32 billion per year. Even the value and size of individual contracts have gone up considerably. The recent purchases for the IAF including the ongoing Medium Multi-Role Combat Aircraft (MMRCA) tender for which the Dassault Rafale has emerged as the frontrunner and is in the final stages, are by themselves deals worth billions of dollars.

The primary objective of all defence procurement is to provide the required defence systems to the Indian Armed Forces in the specified timeframe with least expenditure of national resources. This is most effectively achieved when the weapon system is available from indigenous industry. Tragically, this has not been so in India for the past six decades in spite of heavy expenditure on the Defence Research and Development Organisation (DRDO) and defence Public Sector Undertakings (PSUs). This is due to the fact that both the DRDO and very few of the defence PSUs have been capable of contributing to the requirements of force modernisation. The DRDO and the defence PSUs have stagnated due to the protection and benign supervision that results in little accountability, efficiency, innovation, competitiveness, quality control and a host of other criteria which go to make a defence industry vibrant and contemporary.

The defence PSUs have opted for the more convenient option of ‘licensed production’, rather than to follow the hazardous path of original design with the attendant risks and accountability. The important aspects that need to be addressed are the requirements of a long term perspective plan, of cost effectiveness, of transparency and the need for a holistic approach to overcome these deficiencies.

India needs to have in place a Long Term Integrated Perspective Plan (LTIPP) covering a period of 15 years. It is reported in the media that A K Anthony, the Minister of Defence had recently approved the LTIPP for the three services. In an earlier issue of the Indian Defence Review, Major General Mrinal Suman, in an incisive article titled ‘Defence Procurements Grapple With The Twin Problems Of Time And Cost Overruns’ had stated that, “The Defence Procurement Procedure – 2011 (DPP-2011) mandates that the future needs of the armed forces must be shared with the industry. For that, a public version of a perspective document outlining the technology perspective and capability road map covering a period of 15 years is required to be made public. As can be appreciated, such a document can at best be of limited value. It is purely indicative in nature and does not contain concrete demand projections. Additionally, absence of assured commitment of funds and frequent changes in priorities, reduce the sanctity of the perspective plans. Thus no prospective producer can bank his investment decision on it.”

The Indian Armed Forces under the Ministry of Defence (MoD) need to address these concerns by giving concrete demand projections and setting aside funding for these projections. It is not known if these aspects have been addressed in the LTIPP. Such a formulated approach, when published and available to the DRDO, Defence PSUs and private sector players will enable them to formulate plans to move in a steadfast manner on the road to self-reliance.

Let us look next at the various steps the acquisition process ought to go through:

Performance Parameters of the Weapon Systems

The first part is the responsibility of the user Directorate of the service, be it operations, maintenance and logistics dealing with the selection. Defining the performance parameters is the first part and this is an area where the defence services are often blamed for demanding unrealistic performance attributes. This could be so as the services are required to utilise the weapon system over its life cycle, which could vary from ten to even 40 years and possibly longer with mid-life upgrade. Hence, when the Services HQ carries out the survey, it looks for technologies which will enable the services to preserve the fighting edge against adversaries over the life cycle of the weapon system. The DRDO and Defence PSUs have a part to play while framing the Qualitative Requirements (QRs). Based on the LTIPP, these organisations should be able to give suggestions on the QRs, as well as set the time frame for indigenous development. This has been done earlier in the case of the Integrated Guided Missile Development Programme but not for the entire range of weapon systems based on the LTIPP.

One thought on “An Integrated Approach to Defence Procurement”