Home  >  News  > Geopolitics  >  All Bark and No Bite: Analyzing the Role of ASEAN in Mitigating Disputes in Asia

All Bark and No Bite: Analyzing the Role of ASEAN in Mitigating Disputes in Asia 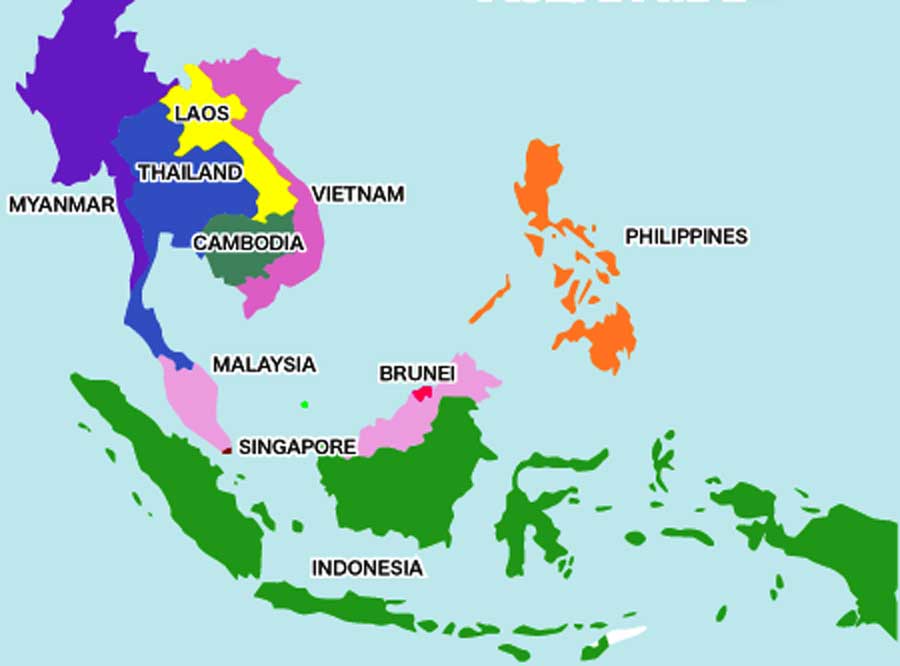 With the signing of the ASEAN Declaration in 1967, ASEAN was established to accelerate economic growth, social progress, and cultural development through joint endeavors as well as to promote regional peace and stability in Southeast Asia. In fact ASEAN is regarded as a central structure in Asia–Pacific regional institutional architecture. However, since its inception, the ASEAN way has always been questioned. Hence, the question stands whether ASEAN can face the future with confidence or whether ASEAN is just going to survive as a symbol in Southeast Asia.

ASEAN countries’ consistent adherence to this principle of non-interference is the key reason why no military conflict has broken out between any two ASEAN countries since the founding of ASEAN… Let us maintain it in the twenty-first century — S. Jayakumar, Singaporean Foreign Minister

The common values shared by ASEAN states are not democracy and interdependence, but rather a commitment to economic development, regime security, and political stability.

The Association of Southeast Asian Nations (ASEAN) was established with the signing of the ASEAN Declaration on August 8, 1967, in Bangkok, Thailand, by the foreign ministers of Indonesia, Malaysia, the Philippines, Singapore, and Thailand. Since then, membership has expanded to include Brunei, Myanmar, Cambodia, Laos, and Vietnam. The declaration called for the establishment of an Association for Regional Cooperation in Southeast Asia to be known as ASEAN. Its stated objectives are accelerating economic growth, social progress, and cultural development through joint endeavors and to promote regional peace and stability. Its founding document called for its regional member countries to respect justice and the rule of law and adhere to the principles of the United Nations Charter.

Additionally, ASEAN acts to promote active collaboration and mutual assistance on matters of common interest, provide assistance to members in the form of training and research facilities, collaborate more effectively for the greater utilization of their agriculture and industries, promote Southeast Asian studies, and maintain close and beneficial cooperation with existing international and regional organizations (ASEAN website). The two-page Bangkok Declaration contains the rationale for the establishment of ASEAN as well as its modus operandi of building on voluntary and informal arrangements towards more binding and institutionalized agreements (ASEAN website). This paper analyzes whether ASEAN has succeeded in performing its duties especially in mitigating disputes in Asia and controlling the haze crisis.

The common values shared by ASEAN states are not democracy and interdependence, but rather a commitment to economic development, regime security, and political stability. These shared norms and ideas are the backbone of the constructivist analysis of Asian international relations, where the focus lies on the concept of ‘community enhances security.’ With regard to the relative success of various forms and modes of security cooperation in the Asia Pacific region, the motivation of actors engaged in cooperative security efforts requires more consideration. There are combinations of liberal institutionalist and constructivist explanations that begin from the premise that benefits are accrued in terms of cost reduction when a group of states agrees to ensure transparency, coordination, and regulation. With growing regional interdependence and an increase in transnational issues, the need for conscious coordination of policies with neighbors deepens. This leads to a sense of regional identity and community and makes the use of force in security matters unlikely (Gilpin 1987).

The end of the Cold War, the resurgence of China, the Asian financial crisis, and the 9/11 incidents has all contributed to important changes in the Asia–Pacific security architecture.

In fact, these approaches help to explain the formation of ASEAN and other organizations. Growing competition between claimants as well as non-claimant states and an increased power position of some states has together complicated the situation in this region. Moreover, in the wake of the post-2008 financial crisis, a conceptual linkage has developed between economic and strategic security, which is especially noticeable in the case of ASEAN plus THREE (APT), the Boao Forum, and Asian Cooperation Dialogue. Hence what might be envisaged now is a more independent concept of “strategic economic security” with clear economic imperative (Acharya 2007).

Constructivism can be understood as a positive social process that can have transforming impact on the relationships among ASEAN countries. Constructivism makes the assumption that the interests of states and identities are endogenous, which means that institutions can provide a place for states to develop a sense of a shared identity and purpose (Hopf 1998). The end of the Cold War, the resurgence of China, the Asian financial crisis, and the 9/11 incidents has all contributed to important changes in the Asia–Pacific security architecture. In fact there has not only been an increase in multilateral efforts including the ASEAN Regional Forum (ARF), Asia–Pacific Economic Cooperation (APEC), the Shangri-la dialogue but also the rise of a new debate as to why some modes of security cooperation are more feasible than others.

Non-interference is often blamed for arresting regionalism and making ASEAN unable to deal with issues like the military regime in Myanmar or transnational problems like piracy and environmental degradation (Acharya 2007). However, the doyen of the realist school of ASEAN studies, Michael Leifer, argues that although ASEAN has demonstrated limited common political purpose in regional matters and has also broken its principle of non-interference both in 1986 and in 1997, he still regards non-interference as a cherished principle (Leifer 1989). It is only due to individual weakness that there has not been any substantive ASEAN response to the changing balance of external influences bearing on Southeast Asia. But there are also a number of scholars who profoundly disagree with the norms of non-interference and call for its revision. They are nonetheless convinced of its continuing capacity to bind the conduct of ASEAN member-states. Despite a difference in interpretation, the “ASEAN way” is regarded as a series of behavioral and procedural norms shared by ASEAN member countries in practicing diplomacy. It centers on the principle of non-interference in internal affairs and contains a few standard norms of international law, such as respecting sovereignty and non-interference in internal affairs, peaceful resolution of conflicts, and non-use of force.

During early years, ASEAN member countries developed a habit of working together and resolved to keep external powers from intervening in the internal affairs of Southeast Asia.

ASEAN is a central structure in Asia–Pacific regional institutional architecture. The establishment of ASEAN in 1967 was prompted by the outbreak of interstate disputes, like the conflict over Sabah (Malaysia vs. Philippines). ASEAN survived those early disputes and, for the first decade of its life, attempted to define and refine the concepts that formed the basis of its identity. During those early years, ASEAN member countries developed a habit of working together and resolved to keep external powers from intervening in the internal affairs of Southeast Asia.

In 1971, the five ASEAN foreign ministers met in Kuala Lumpur and established the Zone of Peace, Freedom and Neutrality (ZOPFAN), also known as the Kuala Lumpur Declaration. In the declaration, the parties publicly stated their intention to keep Southeast Asia free from outside interference. The first multilateral treaty that served as a part of the code of conduct for SCS states was the Treaty of Amity and Cooperation (TAC), which only governed relations among the member states of ASEAN (ASEAN website).

The Second Protocol to TAC enabled non–Southeast Asian states to become parties to TAC as a demonstration of their commitment to friendly and constructive relations. By the early 1990s, ASEAN members claimed that their organization was one of the most successful experiments in regional cooperation in the developing world. At the heart of this claim was ASEAN’s role in moderating intra-regional conflicts and significantly reducing the likelihood of war. Although ASEAN’s diplomatic initiative led to the Paris Peace Agreement on Cambodia in 1991, however ASEAN’s credibility and the so-called ASEAN way has frequently been questioned since then (Acharya 2009).

…China has been trying to improve its military ties with individual ASEAN members through military training and weapons, military technology assistance, and naval port visits.

In July 1994, the ASEAN Regional Forum (ARF) was created to engage the great powers and maintain regional stability. ARF emphasized institutionalization as well as norm building and capacity building, and sought to promote a collaborative security environment. The ARF’s visibility as a conflict management forum increased after the resolution of the Cambodian conflict. However, analysts tend to be skeptical about the effectiveness of the ARF, and had often criticized ARF as “all bark and no bite.” Acharya claims that the ARF, at the very least, still has the potential to develop norms and principles for intra-state cooperation, preventive diplomacy, and CBMs (Acharya 1994).

Few most important areas targeted for ongoing discussions between the member-states were non-traditional security issues, free trade area arrangements, bilateral and/or sub-regional economic development, the Haze crisis, the SCS and maritime security, as well as the regional perspectives on ASEAN–China relations. China became a full Dialogue Partner of ASEAN at a July 1996 meeting in Jakarta. Since then, China has been trying to improve its military ties with individual ASEAN members through military training and weapons, military technology assistance, and naval port visits. In fact, ASEAN–China relations had to contend with a rising China, a strong – albeit economically troubled – Japan, and, finally, the traditional superpower status of the United States.

The relationship between ASEAN and China appeared to draw closer yet in the new millennium, with the signing of a revised Declaration on the Conduct of Parties in the South China Sea at an ASEAN-China summit meeting in Phnom Penh in November 2002, (Acharya 2009) as well as a joint declaration of the Heads of State on Strategic Partnership for Peace and Prosperity in October 2003 in Bali. Although the ARF created a regional platform for security dialogue, it has been criticized to be just a mere talk shop, which implies that ARF is not effective when it comes to the question of solving security issues and conflict. The Council for Security Cooperation in the Asia Pacific (CSCAP) observes that the ARF is an under-achiever. On the one hand, ARF has been able to undertake many confidence-building measures but on the other, it has been reluctant or unable to move to preventive diplomacy (phase two) and conflict resolution (phase three).

Assistant Professor in the department of Criminal Justice, Social and Political Science at Armstrong State University. Nalanda did her Ph. D in Global affairs from Rutgers – The State University of New Jersey. She is the associate editor of the Journal of Asian Security and International Affairs published by SAGE. Dr. Roy has also published a book titled Bitter Moments- The Story of Indonesian Fragmentation.