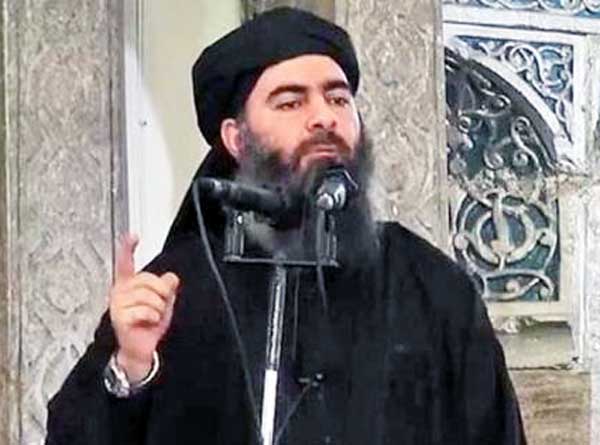 For 1300 years or so, the caliphs, or the “successors”, took pride in developing the Islamic community that the Prophet Muhammad had left behind. The Caliphs were far from being rigid and inflexible; while a few were Islamist, but they loved music (anathema to the IS); had a passion for not just reading the Koran and the Muslim Sunnah, but also spy novels and theatre. The Caliphs saw themselves as defenders of all faiths, not just Islam, that came to them for protection. Ultimately, of course, the Caliphate, like other Eastern European dynasties like the Habsburgs and Romanovs, was dissolved. In 1923 Mustafa Kemal abolished the Ottoman Empire, and a year later, the title of Caliph was also abolished.

Islamic State (IS), as the ISIS is also known is not a new problem, but a new strand of an old problem, having caught the attention of the world in 2014, when it took over large swathes of territory in Iraq and Syria and declared itself a Caliphate, a State governed under the Sharia Law of Islam.

Fast forward to the present day and one needs to comprehend the drive behind the ‘successes’ of the IS. What is fuelling the IS is not Islam, but a very radical ideology, as claimed by many experts. According to the IS, every Muslim on the face of this earth, has to follow its rules, or face the consequences of being declared an apostate or a heretic; for the IS, an apostate is a bigger enemy than a ‘non-believer’, such as Hindus, Christians, or the Jews. The core ideology of the IS is the restoration of the Islamic Caliphate, the Islamic Empire led by a supreme leader.

The IS evolved from the Al Qaeda affiliate in Iraq, and was led by a Jordanian, Abu Musa al Zarqawi, who was later killed in a US drone attack in 2006. It is interesting to note, there was no Al Qaeda in Iraq before 2003, the year of the US invasion. It was only after the fall of the secular regime and the toppling of Saddam Hussain, which brought about a Shia government, that Al Qaeda and its successor, the IS, flourished. Abu Bakr al-Baghdadi was a little known cleric until he usurped the title of Caliph, claiming direct descent from Prophet Muhammad’s family. It may be of interest to readers to learn that Baghdadi was once an inmate for 10 months, of an American prison in Southern Iraq, known as ‘Camp Bucca’, infamously known as the ‘academy of jihadis’!

Baghdadi took over the reins of the organisation in 2010 and initiated the process of rebuilding it, announcing his arrival by staging several attacks a month, on enemy ground. By 2013, Baghdadi had shifted his focus to Syria and joined the al-Nusra Front, which was supported by Al Qaeda and other regional players, with an aim to topple the Assad regime. Major successes eluded him in Syria necessitating a merger of IS forces in Iraq and Syria, thus creating the Islamic State of Iraq and the Levant (ISIL), later known as the Islamic State of Iraq and Syria – ISIS, and now as the IS.

The IS broke away from its parent sponsor, Al Qaeda, to emerge as the single largest and most potent threat to the world today, being the first terrorist group to occupy and control territory; it runs schools and hospitals in the towns and cities under its control, manages its finances through taxes, and rules with an iron hand under the Sharia.

Al-Baghdadi Killed in a US Operation

The US President, Donald Trump, in his inimitable style announced on Oct 27, 2019, that a CIA-assisted military operation by the elite Delta Force of the US Army, had eliminated the IS leader, al-Baghdadi, in the Idlib province of North-Western Syria. The question, however, remains: will Baghdadi’s death weaken the wider capabilities of the IS or its affiliates? Probably not!

What significance then, does the killing of al-Baghdadi hold towards the fight against terrorism? Al-Baghdadi’s death can, at best, be considered as a significant symbolic victory for the United States and the anti-IS coalition. Although Baghdadi lacked the charisma, as compared to Osama bin Laden, newly recruited individuals and other splinter terror groups pledged allegiance to his name when joining the IS; ever since al-Baghdadi declared himself as the Caliph, he had remained in hiding for many years, but the command and control of his fighters in Syria and Iraq and the Group’s affiliates did not depend on direct coordination or communication with him for their ongoing operations. Such was his control over the cadre of the IS! Now that Baghdadi is dead, the affiliates and individuals, who had pledged allegiance directly to him, could now renounce their allegiance.

Several questions about the US operation remain. Intriguingly, while President Trump thanked Russia, Turkey, Syria, Iraq, and the Syrian Democratic Forces for their cooperation in the raid, the information on Baghdadi’s whereabouts could also have come from other extremist groups, which are intensely opposed to the IS, such as Hayat Tahrir al-Sham or even al Qaeda-linked Hurras al-Deen via Turkey. The US forces also recovered significant intelligence during the raid which could lead to additional operations against the group.

The operation also highlights the complicated relationship between the USA and Turkey. On the one hand, the US benefits from access to Turkish territory close to northern Syria, where many extremist groups continue to operate, while on the other hand, USA has imposed sanctions on Turkey for having moved its forces into Northern Syria.

As more information about the operation is declassified, one thing is clear: the ongoing war against the IS and other terror groups will ultimately not be decided by the elimination of terrorist leaders, but rather by denying them territory and resources, and most importantly, by undermining their violent ideology through the war of the narrative. The IS has survived the losses of its leaders in the past, and is well-prepared to do so again. Actions of starving such groups of territory, resources and recruits would reduce the risk they pose and buy time for efforts to find an effective way to undermine their core message.

The organization has now lost its third major leader. While removing such jihadist leaders is a boost in the battle against terror, the IS will continue to pose a virulent threat. Baghdadi, the self-proclaimed caliph, has failed to bequeath a legacy to unite the world’s Muslims and restore past glories, leaving behind instead a far more ignoble legacy.

Al-Baghdadi is dead; but the IS is not. The efforts to neutralise the leadership would have to continue!

6 thoughts on “After Baghdadi What ?”