A Quick Check on Pakistan’s Isolation 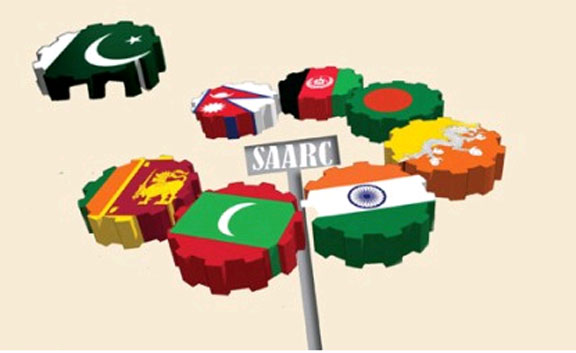 It has been more than three months since Uri terror attack, which was aided and abetted by Pakistan based terror groups. Indian government under PM Modi made an all out effort to isolate Pakistan on all available platforms be it SAARC or UNGA summit.

…Is India successful in its effort? Has the effort paid dividends, and Is Pakistan feeling the heat of Isolation and is actually isolated?

Much water has flown under the bridges since then. The change of baton from Gen Raheel Shareef to Gen Qamar Jawed Bajwa in Pakistan army and Demonetisation of currency in India has been the top most issues debated in last few weeks.

Now is an appropriate time to revisit India’s effort of isolating Pakistan.  Is India successful in its effort? Has the effort paid dividends, and Is Pakistan feeling the heat of Isolation and is actually isolated?

What has changed after Uri terror attack? After all, it was not the first incident of terror on Indian soil planned and perpetrated by Pakistan as part of its evil design of bleeding India by thousand cuts.

The memory is still fresh of dastardly terror attack of 2001 on Indian Parliament (the heart of Indian democracy) or 2008 terror attack on India’s commercial capital Mumbai.

After every such terror attack on Indian interest, originating from Pakistan the world has generally not been taking Indian narrative on Pakistan’s complicity seriously given the traditional animosity between the two countries.

Pakistan is indeed under intense pressure not only from regional powers but also from the international community on the issue of terrorism, for failing to implement the 2015 National Action Plan…

Post Uri, New Delhi through a vigorous international campaign made all out effort to prove to the world that Pakistan is using jihadi terrorism as an instrument of state policy not only towards India but in Afghanistan as well. The so-called non-state actors like Lashkar-e-Taiba/Jamaat-ud-Dawa, Hizb-ul-Mujahideen, Haqqani’s and Taliban factions operating on its soil are creatures nourished by the Pakistani Military and ISI, better known as “Deep state” in the strategic world.

Today, India’s narrative is seen along with the anger of not only Afghanistan and Bangladesh but also from the prism of the Western nations facing terrorism.

Pakistan is indeed under intense pressure not only from regional powers but also from the international community on the issue of terrorism, for failing to implement the 2015 National Action Plan, which commits the government to crack down on all terrorist groups (good or bad) without discrimination. Pakistan relations with all its neighbours are under all time low with the exception of China.

Past Record of Isolation

The history underlines the fact that that it is not easy to isolate any nation leave aside a nation like Pakistan (only Islamic nation in possession of nuclear bomb).

The past record shows that some kind of isolation was imposed only on South Africa on the issue of apartheid. Isolation of South Africa was never complete even after a majority of states wanted South Africa to be isolated. Several neighbours of South Africa, even while supporting the sanctions in principle, continued to have trade and other dealings with the apartheid regime for the sake of survival.

While India made all out effort to isolate Pakistan globally, there were several nations which seemingly came out in support of Pakistan.

North Korea is another case in point where worst form of defiance of international public opinion did not result in its total isolation. There were countries like China and Pakistan which kept on supporting North Korea covertly resulting in the menacing nuclear capability that they possess today.

Pakistan enjoys influence within the international community due to its strategic location, size, nuclear arsenal, military capability and economic potential as a large market.

Pakistan largely has been successful in projecting itself as a “West Asian” and only Islamic country having nuclear capability, with strong links with the Arab world.

While India made all out effort to isolate Pakistan globally, there were several nations which seemingly came out in support of Pakistan. Turkey has been prominent amongst them not only supporting Pakistan on one hand but questioning India on Kashmir issue.

Relation with China is getting stronger day by day. Pakistan fondly terms its relationship with China as higher than Himalayas and deeper than sea. The best advantage of its relation with emerging super power China is, that there are other smaller nations that want to become part of CPEC.

There are nations in West wanting to cash on Pakistan’s requirement of weapon, equipment and looking to exploit the situation in their favour by sealing the defense deal.

Relations with regional Islamic neighbours like Saudi Arabia, the GCC and Turkey remain friendly, with considerable potential for collaboration.

The relation of Pakistan with Russia seems to be at its best. In recent years ties between them have warmed seemingly as a counter measure to warming ties between India and the United States.

The relation of Pakistan with Russia seems to be at its best. In recent years ties between them have warmed seemingly as a counter measure to warming ties between India and the United States.

Under the LNG Pipeline agreement worth $ 2.5 billion from Karachi to Lahore, likely to be completed in December 2017, Russia will invest $2BN in the project and in return Pakistan will give a percentage of the equity to Russia.

Apart from these agreements, the most worrying development has been the first annual joint exercise between the Russian military and the Pakistan Army under the name “Friendship 2016” where in 70 Russians and 130 Pakistanis took part in the exercise, held in Cherat, in Pakistan’s north-western Khyber Pakhtunkhwa Province from 24 September to 10 October, 2016.

As per the report from Sputnik, Islamabad and Moscow were negotiating on delivery of Sukhoi Su-35 fighter jets and Mi-35M helicopters. Some reports also suggest that Pakistan has granted Russia access to a warm water Gwadar port in the Indian Ocean.

There is a need for a North Korea-type of isolation. Countries on international platform need to ask China, and other Pakistan supporting nations like Turkey, whether they want Pakistan to be like North Korea.

There are several analysts who feel that Pakistan is isolated because its relations with three of its four immediate neighbours are hostile. They quote the unprecedented boycott by five members to SAARC summit scheduled in Pakistan as humiliating for Pakistan.

The fact of the matter is that Pakistan is indeed feeling the pressure from various quarters. Pulling out of the SAARC summit is no doubt a stinging response, on Pakistan’s policy but it is not isolated completely as India would have desired. Turkey, along with China, and some of the 56-member strong Islamic conference organisation (OIC) have been articulating off and on in support of Pakistan.

The Indian government may well covet its latest mission. But, as of now, there is no substantial proof of Pakistan being completely isolated in the international community or abhorred as a ‘pariah’.

There has to be a complete suspension of all assistance to Pakistan from all important stakeholders and make its military generals, government and deep state feel the pinch of continued support for extremist and terrorist groups.

There is a need for a North Korea-type of isolation. Countries on international platform need to ask China, and other Pakistan supporting nations like Turkey, whether they want Pakistan to be like North Korea. India’s diplomatic isolation of Pakistan needs to go beyond SAARC.

7 thoughts on “A Quick Check on Pakistan’s Isolation”