36 Rafales for the Indian Air Force! 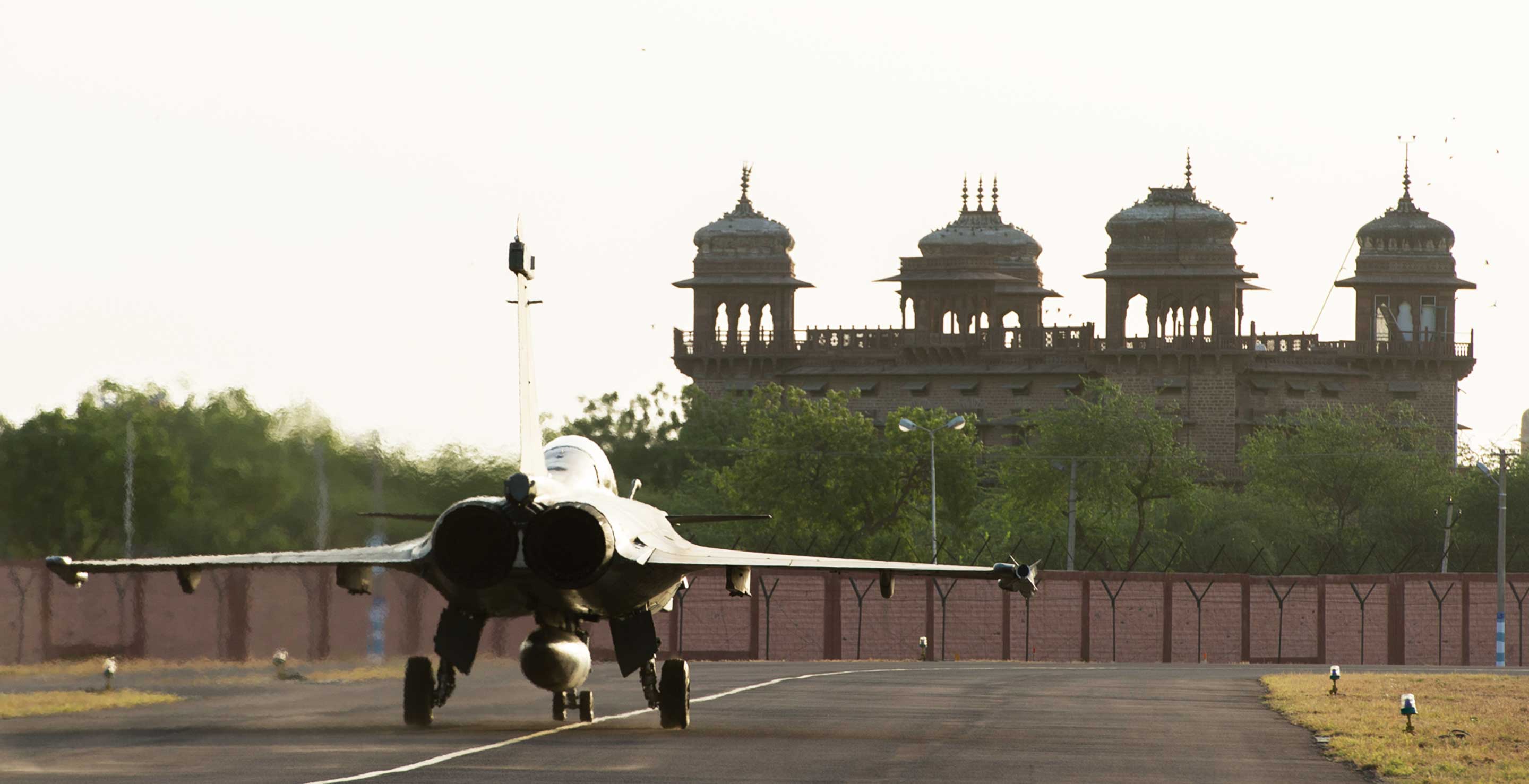 The highlight of yesterday’s Hollande-Modi encounter at the Elysee Palace has been the ‘purchase’ of 36 Rafales for the Indian Air Force.

I write ‘purchase’ because the deal is not signed as yet.

In other words, a contract still needs to be negotiated …and signed.

There is nothing about the multi-role combat aircraft in the 20-point ‘List of agreements/initiatives/announcements signed/agreed during visit of Indian Prime Minister to France’, published by the Ministry of External Affairs.

Only the Joint Statement issued at the end of the meeting between the French President and Indian Prime Minister mentioned the Rafales.

Point 14 says: “Government of India conveyed to the Government of France that in view of the critical operational necessity for Multirole Combat Aircraft for Indian Air Force, Government of India would like to acquire [36] Rafale jets in fly-away condition as quickly as possible. The two leaders agreed to conclude an Inter-Governmental Agreement for supply of the aircraft on terms that would be better than conveyed by Dassault Aviation as part of a separate process underway; the delivery would be in time-frame that would be compatible with the operational requirement of IAF; and that the aircraft and associated systems and weapons would be delivered on the same configuration as had been tested and approved by Indian Air Force, and with a longer maintenance responsibility by France.”

In other words, a contract still needs to be negotiated …and signed.

Let us not forget that in December 1981, the purchase of 150 Mirages 2000 was announced to counter the American F 16 ordered by Pakistan, but the final agreement was for 40 planes only, although a preferential credit rate of 9,25 % was then offered to India.

The tragedy is that India has lost 14 years to reach yesterday’s decision.

At that time too, the Indian Air Force needed the fighter aircraft quickly; it was therefore decided to ship an initial batch of 26 single-seaters and 4 two-seaters in 1985. The second part of this initial batch consisted of 10 more single-seater with the M53-P2 engine, with these aircraft designated Mirage 2000H.

A second consignment of six Mirage 2000H single-seater and three Mirage 2000TH two-seater was shipped in 1987-1988. Nine more planes were ordered in 1986. At that time, as a ‘bonus’, Indian engineers received a six-month training in France with Dassault and Dassault-Systems.

Further in 1984, a core group started the Aeronautical Development Agency (ADA) in Bangalore. The ADA was to oversee the development of India’s Light Combat Aircraft (LCA) program. For a short time, French engineers worked on the Tejas program.

The tragedy is that India has lost 14 years to reach yesterday’s decision.

Can you imagine that the initial Request for Information had been issued in 2001, 14 years ago!

…yesterday’s Joint Statement, an Inter-Governmental Agreement will now be signed, putting the last nail into the MMRCA deal.

It is only 6 years later that the Request for Proposal (RFP) was published, as the then minister, AK Antony wanted to add new clauses, such as the Total Life-cycle Costs, in the Indian defence procurement policy. This is where the ‘complications’ started.

Five years later, in January 2012, Dassault Aviation was selected for supplying 126 Medium Multi-Role Combat Aircrafts (MMRCA) to the IAF after a long competitive process which lasted five years, with the American F/A-18 and F-16, Russian MiG 35, European Eurofighter and Swedish Saab Gripen in the race.

Why so many years from nothing?

The answer is mainly because of the complicated and tortuous Defence Procurement Policy drafted by the former ‘honest’ Defence Minister.

If one believes yesterday’s Joint Statement, an Inter-Governmental Agreement will now be signed, putting the last nail into the MMRCA deal.

As soon as a new Defense Procurement Policy is published, negotiations for a transfer of technology to HAL or any other Indian firm involved in defense production, can start.

It may take some time.

It is worth noting that the Indian Prime Minister gave priority to the requirement of the Indian defense forces versus his pet project ‘Make in India’, which will be delayed for a few years, as far as the Rafale transfer of technology is concerned.

2 thoughts on “36 Rafales for the Indian Air Force!”