Equipped with the latest technologies, it is today the most widely used military transport aircraft in the world. The C130J Super Hercules is a four-engine turboprop tactical transport aircraft with an operational range of over 5,000 km. With a maximum payload capacity of approximately 19 tonnes or 92 fully equipped troops, it has impressive short field performance and can operate from semi-prepared surfaces. The version acquired by the IAF has all weather capability and excellent navigation and night vision devices that render it capable of high-speed precision air drops on unmarked dropping zones in pitch dark, landing by night on unlit runways and inserting Special Forces in hostile or counter-insurgency scenarios or for clandestine tasks. This fleet has been acquired not as a replacement of an existing fleet but in response to a felt need for special operations capability that the IAF had so far been lacking in.

…large procurements are invariably influenced by political considerations and hence there is a need to explore partnerships with other manufacturers outside the US and Russia to diversify options.

But the more significant aircraft acquisition programme that would truly transform the strategic airlift capability of the IAF is the purchase through the Foreign Military Sales route of the US government of ten C17 Globemaster III Strategic Military Airlift Aircraft from Boeing Company. Formal clearance by the Cabinet Committee on Security for the deal having been obtained in early June, the contract is expected to be signed by the end of the year. The company will deliver five aircraft per year with the first delivery being made 24 months after award of contract. A follow-on order for seven C17 Globemaster III aircraft is also on the cards making the IAF fleet holding of C17 aircraft the second largest after the USAF. Currently regarded as the most advanced strategic military transport aircraft in service in the world, the gigantic four-engine C17 aircraft can lift a payload of 80 tonnes or two T90 tanks or 134 fully equipped combat troops. Despite its enormous size and weight, it can operate from runways as short as 3,500ft. The C17 would significantly enhance the strategic airlift capability of the IAF and in turn, the capability of the nation for power projection across the globe. However, there are some contentious issues pertaining to Communications Interoperability and Security Memorandum of Agreement (CISMOA) that would have to be resolved between the US and the Indian government before the deal is sealed.

But perhaps a more urgent need is the enhancement of tactical airlift capability. The need is to induct a 15 to 20-tonne capacity, high-wing, tail loading, twin-engine aircraft to augment and in due course, replace the fleet of 103 AN32 aircraft that today is the mainstay of the tactical transport fleet of the IAF. As per reports, Hindustan Aeronautics Limited has entered into a joint venture with United Aircraft Corporation of Russia to co-develop a Multi-role Transport Aircraft (MTA) from scratch. The MTA is planned as a twin-engine aircraft with all the features of a military transport aircraft and will have a payload capacity between 15 and 20 tonnes or 80 fully equipped troops. The aircraft will have a range of 2,500 km extendable by in-flight refuelling. As per reports on the development programme, the MTA is expected to be ready to fly by 2014 and will be inducted by 2016. 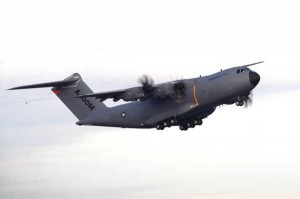 However, given the imponderables and complexities of programmes related to the development of a new generation aircraft, the doubtful capabilities and the uninspiring track record of the indigenous aerospace industry, the stated timeframe for induction of the MTA does not appear to be within the realm of possibility.

As the domestic aerospace industry is not self-reliant in the regime of large military transport aircraft, India has no option but to turn to the leading global aerospace majors for the latest of equipment and technologies either through off-the-shelf procurement or through joint ventures. And this is precisely the route that the government is taking. However, large procurements are invariably influenced by political considerations and hence there is a need to explore partnerships with other manufacturers outside the US and Russia to diversify options. This factor is important in the context of international equations being both labile and fragile. Notable amongst the military airlifters under development or available in the market is the 37-tonne payload capacity four-engine Airbus A400M, positioned between the Globemaster III and the Super Hercules.

In the twin-engine category, the equivalent of the MTA and a possible replacement of the AN32 fleet could be the 23-tonne payload capacity KC-390 from Embraer of Brazil, a medium-size military transport aircraft under development in collaboration with Chile and Colombia. The aircraft is expected to undertake its maiden flight by 2014, a timeframe similar to that for the MTA. The other aircraft in the twin-engine category is the Alenia C27J Spartan, an advanced derivative of Alenia Aeronautica’s G222 in service in several countries since the middle of the last decade. With a range of 1,800 km, the Spartan can lift 11.5 tonnes or 60 fully equipped troops. In Afghanistan, the aircraft has convincingly demonstrated the capability to operate from unprepared surfaces as also short field take-off and landing. Incidentally, the G222 was evaluated in the late seventies against the AN32 to replace the fleet of C119 Fairchild Packet.