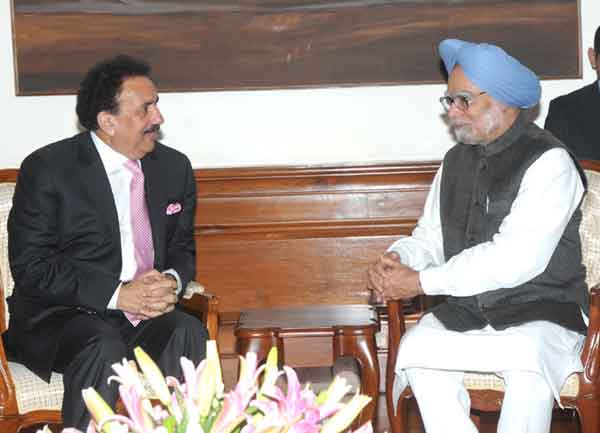 All those who have criticized the Indian government’s decision to invite Pakistan’s interior minister Rahman Malik to the country to operationalize the revised liberalised visa regime have missed several pertinent points. If Indian ministers of external affairs, home and commerce can visit Pakistan as part of the mutual efforts to address disagreements or expand trade between the two nations, then, there is no reason why Malik cannot visit the country.

Malik came to India with the knowledge that he can continue to side track India’s demands with disingenuous arguments.

If the argument is that Pakistan has not dealt with the issue of cross-border terrorism effectively and has not brought to justice those responsible for the Mumbai terror attacks on November 26, 2008, the responsibility for doing that lies with the Pakistan government, not exclusively with the home ministry of that country.

If the government of Pakistan can be engaged at higher levels of political responsibilty -meetings between the Pakistan president and the prime minister of India andf that too despite Pakistan’s unwillingness to address the terrorism issue satisfactorily- then why should there be such squeamishness in engaging with Rahman Malik? Why do we think that cold-shouldering the interior minister would have sent a message that the Pakistan government is otherwise unwilling to hear? Would the Pakistani military and the Inter-Services Intelligence have become more amenable to good neighbourly behaviour if Malik had not been invited to India?

In any case, New Delhi has long broken the link between dialogue and terrorism. The government, no doubt, reminds Pakistan periodically that we expect an expeditious trial of those accused in the Mumbai case, but then we must remember that we are appealing, not laying any pre-condition, to Pakistan. In fact, Pakistan has been given the political space to stall, without much cost, on the issue of terrorism.

The minister’s remarks have underlined that Pakistan is not defensive on terrorism. On the contrary it is exploring ways to put India on the back-foot.

Malik came to India with the knowledge that he can continue to side track India’s demands with disingenuous arguments. How would being “hard” with Malik on terrorism (by denying him an India visit)  have compensated for being “soft” with Pakistan on the same issue?

Even the Pakistan government understands that the bilateral relationship is sensitive, especially when to comes to the issue of terrorism. The Pakistani minister would not come here  without internal consultations and adequate briefing. It would be a mistake to believe that his seemingly outlandish statements were made by a loose-tongued individual on the spur of the moment.  If not the exact language, the thrust of the remarks can be taken as “approved” internal thinking on terrorism  of the Pakistani establishment.

Which is why the visit has been helpful: The minister’s remarks have underlined that Pakistan is not defensive on terrorism. On the contrary it is exploring ways to put India on the back-foot. Pakistan has already created, and India has in effect indirectly conceded, an equivalence between 26/11 and the Samjhauta Express bombing. Both cases have been mentioned in India-Pakistan joint statements. Malik’s reference in Delhi to this bombing in connection with 2008 attacks was, therefore, predictable.

But Malik went further in obfuscating the enormity of the 2008 attacks by offensively bracketting them with the Babri Masjid issue. This again was not an off-the-cuff statement : remarks made in public and their implications are usually discussed beforehand with advisers. Malik was giving the Babri masjid episode the character of a terrorist attack by a section of the Hindus against Indian Muslims on whose behalf, Malik insidiously implied, he could speak, just as he could on behalf of the Pakistani Muslims killed in the Samjhauta Express attack.

Instead of paying any price for his provocative statements, Malik returned home with a prize: a liberalized visa regime…

If Malik affirms that Abu Jindal, who was extradited from Saudi Arabia for his involvement in 26/11, is an Indian national and was in touch with India’s intelligence agencies and that India and Pakistani non-state actors in Pakistan in league with a US national staged the Mumbai attacks which, he argues, Indian agencies failed to prevent, it only shows how far Pakistan can go to reject any guilt for the attacks and how much the sense of being a victim of conspiracies is ingrained in the Pakistani mindset.

We have shown our anger by refusing to issue a joint statement and have justifiably called Malik’s statement on Abu Jindal “ridiculous”. But such statements only widen the gap in our respective perspectives on Pakistan’s complicity in terrorist acts against India. This and Malik’s boast of standing up to Indian pressure on Hafiz Saeed prove that we must draw proper conclusions about Pakistan’s readiness to deal with Mumbai honestly.  We should shed illusions that after the Pakistani judicial commission comes here and examines the witnesses, Pakistan will move forward rapidly on the Mumbai case, as Rahman Malik dubiously affirms.

We may think that Rahman Malik’s visit has stoked controversy and damaged the ongoing trust-building effort. But Malik would believe that he has used his visit to convey Pakistan’s perspective on Mumbai bluntly and tell the “truth” to the Indian public which he thinks our government is hiding. If through this he was raising his political stock in Pakistan, it would imply that powerful lobbies there support such defiance of India on the core issue of terrorism.

Instead of paying any price for his provocative statements, Malik returned home with a prize: a liberalized visa regime, which is based on India’s hope of greater Pakistani restraint on India-directed terrorism, the reality of which the Pakistani minister was determined to deny.

One thought on “Rehman Malik’s visit: Going by the script”