Talks between neighbouring countries, particularly if their relations have a long history of friction, are never easy, even if necessary. The prevailing sentiments among the population, the agenda that each side wants to set and confidence level in the person that sits across the table are important pre-requisites that have to be considered. Against this background the recent Indo-Pak summit in New York wasn’t the best of events to be held. For whatever reason, it does not seem that our Prime Minister was in his element during his recent visit to USA though he did well in clarifying in UN General Assembly that J&K is an integral part of India and will forever remain so. The summit was hijacked by Nawaz Sharif. Irrelevant issues like Balochistan got highlighted whereas India’s chief concern of terrorism got a mere formal mention. In this backdrop, the follow-up meeting between the two DGsMO merits a cautionary approach.

The infiltration is lynchpin of Pakistan’s strategy. Without infiltrators the ‘freedom struggle’ in J&K cannot be revived or even sustained, fire breathing statements of Hurriyat leaders notwithstanding.

The proclaimed purpose of the meeting is to normalize the situation along LoC. From Pakistan’s side, one can be certain that it will be interpreted as the two armies not firing at each other, notwithstanding what the ‘non-State’ actors do and what support the Pakistani posts provide to them. And if some Pakistani post is seen providing such a support, the matter should be subjected to joint inquiry and resolved through a joint consultative mechanism. Interpreting it objectively it amounts to the Pakistani posts becoming free to facilitate infiltration while Indian troops should not take any armed counter action against them for doing so. Whatever verbiage they might use, this is what Pakistan would try to get out of this meeting and that is where the need for caution lies for us.

The purpose of the meeting is incorrectly worded. Tension along the LoC is a symptom and not the disease. Disease is the infiltration of terrorists across the LoC and that is what needs to be addressed and not the resultant tension. The infiltration is lynchpin of Pakistan’s strategy. Without infiltrators the ‘freedom struggle’ in J&K cannot be revived or even sustained, fire breathing statements of Hurriyat leaders notwithstanding. That infiltration in turn cannot take place without active support of Pakistani Army deployed on the LoC and its specialized units like BAT raised in the beginning of this year to facilitate this process.

In the last two months hardly any infiltration has taken place across the LoC. This is because in the wake of murder of five of our soldiers on 5 August 2013, more freedom and latitude has apparently been allowed to our local commanders to use their weapons as demanded by the evolving operational situation. Consequently, Pakistan has been obliged to use more desperate measures to push in the infiltrators but none of them has succeeded so far. In the DGsMO meeting Pakistan would try to restore the pre-5 August arrangement, of permission to Indian forward posts coming from higher ups, on the pretext of some innocent sounding phrases like joint investigation and joint consultation etc.

The meetings thus may not be anything more than diplomatic and political time fillers.

It would not be prudent on the part of our DGMO to discuss the tension on LoC without first resolving the issue of infiltration. That tension is inevitable and would prevail as long as infiltration continues. It is insignificant compared to the tension we would face once the infiltrators get past our line of posts and start their mayhem in the interior areas of the State. Further, in no circumstances should our DGMO agree to put fetters on our local commanders on whatever pretext the other side might put forward. They must retain their liberty to take action as they deem appropriate without looking over their shoulders for permission. They are responsible and trained commanders who will not misuse this discretion, as they have not done so far. This must remain our bottom line and not be compromised for any high sounding diplomatic jargon.

In the circumstances, will the meeting accomplish anything meaningful? Heightened expectations would be misplaced. In any case the military Generals are not the decision makers in the complex tangled issue. The meetings thus may not be anything more than diplomatic and political time fillers. In reality we already have a hot line between the two Generals on which they interact. Their frequency could increase from the once-a-week at present.

However, since the Prime Minister had committed to this meeting, the Army would and should honour it, even if it gives an impression that we are overly willing to engage in talks. Going by experience such meetings do not lead to any substantial outcome. That scenario is unlikely to change as long as Pakistan continues negotiating in bad faith. There are no signs of that changing; in fact of late it is getting worse. 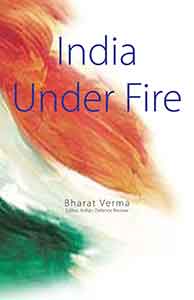 Some of our countrymen must be rightly concerned on killing of our soldiers in their cantonment and somewhat less-than-clear reports of the recent Keran encounter. Pakistan perhaps meant to convey a psychological message of creating that concern. More such spectacular attacks cannot be ruled out in pursuit of the same intent. It is a tragic misfortune of history and geography that even in a no-war situation, our security forces are made to live in barricaded fortresses with their weapons at the ready. Be that as it may, let us have faith in our troops. They have the ability and the will to defend our territory and pay Pakistan back in the same coin. Just trust them and let them keep doing their job.