is a Political Analyst, Writer, Researcher, and TV debate panelist. He served as a Research Director at KRK Media & Research Pvt. Ltd. Currently, He is working as a Diplomat at Young Diplomats & a Contributing writer for Media Bypass (A California based News portal). 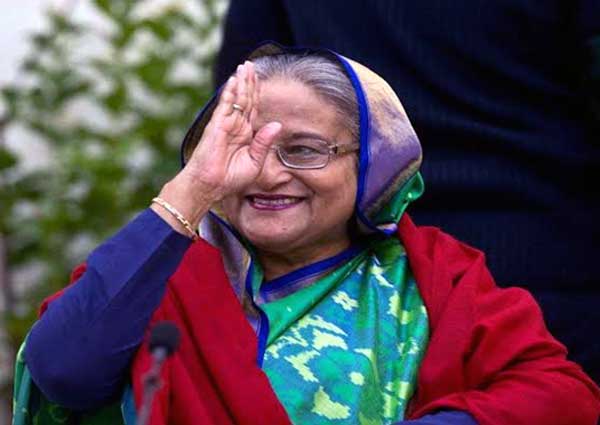 PM Sheikh Hasina enjoys the heroic image for her achievements. On the other side looks surrounded by the difficult questions over attacks on minorities and seculars in the Country.

Bangladesh is called a new “South Asian Tiger” under the Sheikh Hasina regime, but many people see Bangladesh as an Authoritarian state. Bangladesh emerged as a nation after breaking from Pakistan in 1971 and faced a long period of Political instability and Presidential rule. Bangladesh also had a series of Military Coups in the first two decades of its journey. The Country witnessed a long phase of uncertainty and unstable Government until the late Eighties.

Current PM Sheikh Hasina is the daughter of Bangladesh founder Sheikh Mujibur Rahman who enjoys her 3rd consecutive term as Prime Minister. Bangladesh has two main Political parties, one is Khaleda Zia’s Bangladesh Nationalist Party (BNP), and another one is Sheikh Hasina’s Bangladesh Awami League. Sheikh Hasina is known as Iron lady of Bangladesh as Indira Gandhi in India. She took a number of  tough decision after being voted to power in December 2008. Hasina formed “International Crime Tribunal” to prosecute the collaborators of 1971 Genocide which later convicted many senior leaders of “Jamaat e Islami” (A hard-line – Right-Wing Political party)

Soon after Hasina was voted to power, the provision of the Caretaker government was abolished by the High Court, citing their charter violates the Constitution. This act was seen by “BNP” as an attempt to corrupt the election process in favour of “Hasina’s League”. Soon after in 2014 General Elections, main opposition party BNP boycotted the elections with its all allies, and Sheikh Hasina led Awami League had a landslide victory.

These Elections were observed by many across the world. The European Union (EU), The United States, the United Kingdom & United Nations (UN) also criticized the Elections. In 2015 – 2016, Bangladesh saw a rapid increase in attacks on minorities and seculars. There have been reports of disappearances, murders, imprisonments of many bloggers, publishers and atheists.

A Decade of Bangladesh Growth

Bangladesh’s journey of becoming a “South Asian Tiger” also took place in the Sheikh Hasina regime. The Country has progressed and performed remarkably, especially since Hasina came to power in 2009. Bangladesh was a country which used to call a “Basket Case” is now being termed the “South Asian Tiger”. United Nations (UN) reports say Bangladesh will continue to grow at a rapid pace with a high GDP growth rate. Bangladesh has managed to maintain its annual growth rate of 6%, which is amongst the highest one in the world.

The Country had a nominal GDP of US $ 100 Billion in 2009 when Hasina came to power and has risen to US $ 317 Billion in 2019. It is a significant growth of over 150%. Besides, Bangladesh is the second largest Garment exporter in the world after China which is in the top spot. Sheikh Hasina initiatives such as “Gramin Bank,””Padma Bridge,” or “Digital Bangladesh” has taken Bangladesh to the next level and empowered the lives of millions. Also, the Country has left behind India and Pakistan (the regional powers) far behind in many Socio-Economic measures.

Efficiently Handling and sheltering of Rohingyas by Sheikh Hasina government has been the finest hour of her Government. The Government is appropriately taking care of over 10,00,000 refugees.

One thought on “Bangladesh – A New South Asian Tiger or an Authoritarian state?”