Xi calls-up Trump amid rising ‘Anti-Americanism’ at home, Experts warn not to rescue the ‘Wolf’ 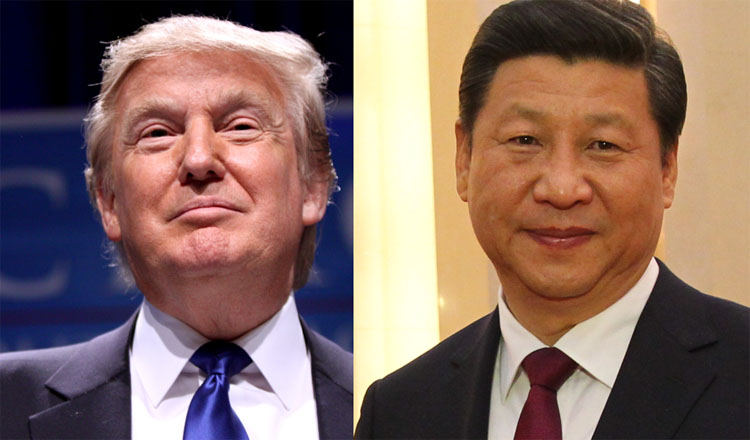 Timing is everything in politics. For President Xi Jinping, timing is everything in diplomacy too. It is not known if Xi is familiar with the famous Pierre Trudeau axiom, which is ‘the essential ingredient of politics is timing’. Given with how much esteem every top Chinese Communist Party leader in the post-Mao Reform era had embraced Henry Kissinger, it is very doubtful general-secretary comrade Jinping has not learnt well his (Kissinger’s) oft-quoted aphorism ‘you don’t go into diplomatic negotiations unless your chances of success are 85 percent’.

Remember, Kissinger had first met with Xi in 2007, when Xi as the party secretary in Shanghai had received the most frequent foreign visitor to China on a visit to the city. When asked for his assessment of the party’s new general secretary within days of the 18th party congress in November 2012 by the Wall Street Journal, Kissinger had said “Xi Jinping is a strong leader capable of rising up to any challenge.”

Late last month, the leaders of the world’s two largest economies, and now also most hit by COVID-19, Presidents Xi and Trump called up each other to discuss the pandemic. Most US critics of its China policy as well as skeptics, including the anti-China hawks, have interpreted Xi Jinping’s initiative to dial-up Donald Trump and the timing of the call, a clever ploy aimed at making-up for the diplomatic damage to China’s ‘mutilated’ image in the West in wake of ‘Chinese virus’.

Chin-hao Huang, who teaches political science at Yale-NUS College in Singapore, has been quoted in the Hong Kong media as saying the timing of the phone call was not a coincidence. “It’s rather strategically timed. The call came at this pivotal period where we see that the US has surpassed the number of confirmed cases in China, so that’s I think a pretty big deal,” he said.

On the other hand, in Beijing, the party’s powerful propaganda ‘apparatus’ it seems had swiftly swung into spinning the successful narrative of their great leader’s astute diplomatic skills even before the phones were hung up. Do not forget, President Xi Jinping, who as the party general secretary, is also the man-to-go-to in the party’s seven-member political bureau standing committee, to ensure the Sino-US relations do not at any cost go down too far on the confrontation path. Given there were many hostilities between the two countries with no sign of a lasting thaw before the coming of the pandemic, Beijing’s strategic affairs community reckons the phone call only a ‘tactical truce’ between the two economic superpowers.

According to Wang Yiwei, an influential international affairs commentator and professor at the Beijing’s prestigious People’s University, “China and the US need to find more converging interests to prevent their relationship becoming even rockier in the future.”

While echoing Wang’s view, Cao Xin, head of the International Opinion Research Centre at the Charhar Institute in Beijing, has revealed much more in an article on what lies behind Xi’s phone call to the US president. (Charhar Institute is a powerful Beijing think tank headed by Han Fangming, who is vice-chairman of the Committee of Foreign Affairs of the Chinese People’s Political Consultative Conference – CPPCC.

Recently, the CPPCC and Charhar Institute together founded the National Committee of the China-US Relations, with the primary mission to ensure that the informed engagement remains the cornerstone of China-US relations.) Writing in his regular column in the FTChinese.com, daily online version of the Financial Times, Cao Xin outlined reasons which might have clinched Xi’s phone call move: to hold the dialogue on phone with the US leader and to be followed with China offering medical supplies, medical experience and offer to co-develop vaccine to enable Donald Trump in dealing with the outbreak. “These steps will equip and help Xi Jinping wrest the initiative in establishing China as the world leader in the current adverse international atmosphere,” Cao wrote.

Similar views have been expressed by several experts specializing on China’s relations with the US. Notwithstanding the ongoing downward trajectory between the number one and number two economies for the ongoing ‘trade cold war’ for over past 22-months, it is pertinent to point out, the Chinese top leadership seems to have tweaked their long-held belief that Sino-US relationship is the world’s most important bilateral relationship.

Besides, to silent his critics in the West, who claim China’s most powerful leader since Chairman Mao, rules by ‘iron glove’, and is motivated by his desire to replicate himself as ‘contemporary Mao’, the Chinese president – who is addressed in Chinese language as ‘chairman’ – has displayed in his timing of the phone conversation with his US counterpart acute diplomatic sense tempered with pragmatism, akin only to Deng Xiaoping.

For ‘Xi-style diplomacy’ advocates in China are smiling at Xi’s clever move. They claim Xi has successfully steered into a temporary truce the bilateral ties from their lowest point in four decades with the recent expulsion of American journalists from China in retaliation for the so-called racist US media reporting. Xi has achieved this amid an atmosphere in which all efforts to stop the officials from the two nations from exchanging relentless barbing seemed to have been failing miserably, the experts point out.

Applauding Xi’s statesman-like initiative, Liang Yunxiang, an international relations professor from Beijing University says, the move has sent out a positive message to the international community. “China and the US are locked in a blame game and a war of words recently, bringing uncertainties to the world. And this call, at least on the surface, emphasized cooperation and engagement, which will help stabilize the world by making a gesture that the two countries won’t end up fighting,” he said in an interview to the South China Morning Post.

Liang apparently belongs to the pro-establishment lobby or ‘foreign policy doves’, among China’s ideologically split US specialists. The ‘doves’ have been openly and consistently advocating that Beijing must continue to strive hard to approach positively to shaping Sino-US bilateral relations at a time of unusually high tensions along all fronts. Interestingly, the doves are accused by the rival hardliners or the nationalist ‘hawks’ of being pro-Washington, observes Cao Xin.

Mounting a fierce attack on pro-Washington scholars, which include CPPCC vice-chairman Han Fangming, the hardliner blogger Li Guangman, a researcher with the Beijing-based ‘leftist’ Kunlun Policy Research Institute, lamented them for their stoic silence when the US, including President Trump, instead of extending a helping hand, were indulging in racist barbs against China in the midst of the coronavirus disaster. In a recent article published on the widely read online news and current affairs website in Chinese, Utopia, Li ridiculed the supporters of the establishment line of welcoming the Xi-Trump phone dialogue and China willing to provide medical assistance to the US.

Li, along with a few other ‘leftist’ scholars have already invoked the popular Chinese fairy tale Mr. Dong Guo and the Wolf as warning to Xi. It will be interesting to see how in the post-coronavirus world, with the surging anti-Americanism clamor in China, the party leadership will go ahead and repeat the rescue act of saving the wolf twice? Viewed in the context of the current Sino-US equation, there are no prizes for guessing who are Mr. Dong Guo and the wolf, respectively.

2 thoughts on “Xi calls-up Trump amid rising ‘Anti-Americanism’ at home, Experts warn not to rescue the ‘Wolf’”