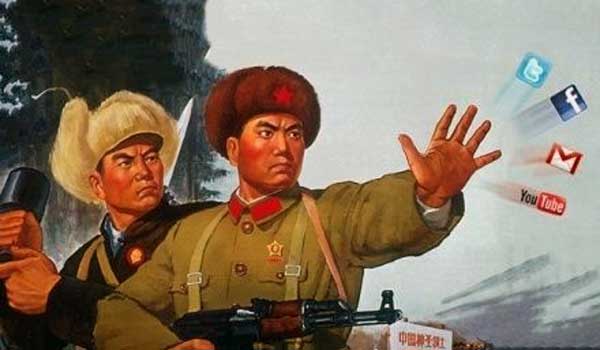 Being a China watcher is a difficult job.

It can however make you rich or famous, provided you write something many in the West will enjoy: the announcement of the Middle Kingdom’s ‘coming collapse’. Unfortunately, wishful thinking is often (not to say never) followed by reality.

…The endgame of communist rule in China has begun, and Xi Jinping’s ruthless measures are only bringing the country closer to a breaking point.

It is what David Shambaugh, a Chinese ‘expert’, who is director of the China Policy Program at George Washington University, has done in his Saturday Essay in The Wall Street Journal (WSJ).

‘Coming Chinese Crackup’ was certainly read, twitted and re-twitted by lakhs of people; it was prominently circulated on social media by all those with an interest in the ‘cracking’ of China.

Wide circulation was probably the objective of the Journal; that way, Shambaugh’s piece has been a success, though it may not automatically make China crack up.

The professor ‘prophesied’: “The endgame of communist rule in China has begun, and Xi Jinping’s ruthless measures are only bringing the country closer to a breaking point.”

Unfortunately for the author and those who dream of the Dragon’s demise (I am one of them), it is only a point of view and it is doubtful if the events will unfold as forecast by the American ‘expert’.

Bill Bishop, the editor of the excellent Sinocism Newsletter commented:“I think his scenario has a 10% probability, and the probability of a ‘crack-up’ may even be lower now than it was in 2011-2012. Xi’s apparent control of the PLA and security services, the instruments of hard power should make it much harder for anyone to mount significant resistance in an organized way … and the support from many quarters for what Xi is doing should not be underestimated. Shambaugh does a smart job hedging by leaving the timing open-ended…”

…Despite appearances, China’s political system is badly broken, and nobody knows it better than the Communist Party itself.

Matt O’Brien’s article ‘Is China’s 1929 moment coming?’ in the Washington Post is another one.

Speaking about the National People’s Congress (NPC) which recently started their deliberation in Beijing, Shambaugh writes: “Officials and citizens alike know that they are supposed to conform to these rituals, participating cheerfully and parroting back official slogans.” This might be true, but it does not mean that it is the end of China.

Interestingly, the author himself admits: “Predicting the demise of authoritarian regimes is a risky business. Few Western experts forecast the collapse of the Soviet Union before it occurred in 1991; the CIA missed it entirely. The downfall of Eastern Europe’s communist states two years earlier was similarly scorned as the wishful thinking of anticommunists—until it happened.”

Ditto for the ‘color revolutions’ in Georgia, Ukraine, Kyrgyzstan and the Arab Spring; who predicted them?

Shambaugh’s main argument is the following: “Despite appearances, China’s political system is badly broken, and nobody knows it better than the Communist Party itself. China’s strongman leader, Xi Jinping, is hoping that a crackdown on dissent and corruption will shore up the party’s rule.”

Nobody can deny that there something rotten in the Kingdom. During the past 2 months, 30 officers of the Peoples’ Liberation Army (PLA) of the rank of major generals and above are said to have been ‘investigated’. It is unprecedented.

The South China Morning Post spoke of the ‘horrible corruption in the PLA: “All People’s Liberation Army ranks have a price, getting a Communist Party membership has a price, and important military positions are reserved for cronies, senior officers’ children and in-laws.”

Shambaugh believes that: ‘The endgame of Chinese communist rule has now begun …and it has progressed further than many think.”

The Hong Kong daily quotes Major General Yang Chunchang, a former deputy commandant of China’s Academy of Military Sciences, saying: “Everybody in society knows that in the PLA … you need to pay to join the party. Promotions to become leaders at platoon, company, regiment and division levels all have their own price tags.” The general added “It has affected the security of the army. …It’s too horrible, bribes are in the scale of several tens of millions [yuan].”

The fact that President Xi Jinping is “determined to avoid becoming the Mikhail Gorbachev of China, presiding over the party’s collapse”, does not make China automatically ‘crack up’, as Shambaugh suggests, even if he adds: “His despotism is severely stressing China’s system and society—and bringing it closer to a breaking point.”

Shambaugh believes that: ‘The endgame of Chinese communist rule has now begun …and it has progressed further than many think.”

It reminds me of another China ‘expert’ who some 15 years ago, became world-famous by predicting ‘the coming collapse of China’. Since then the ‘expert’ continues to prophesy the same thing, using the same arguments, just changing figures and scenarios from time to time.

There is no doubt that Communist China will crack one day; historically, it has happened to all empires and regimes, but it is worth noting that the present leadership in Beijing has carefully studied the ‘collapse’ of the Soviet Union and other authoritarian regimes and has drawn its own conclusions. Xi’s fight against corruption is just one action to avoid that end.

What would be more interesting to study is what would be the direct and immediate implications of a ‘collapse’ of China on the West and Asia.

In his over-enthusiasm to see the end of present China, Shambaugh makes the end bloody: “Communist rule in China is unlikely to end quietly. A single event is unlikely to trigger a peaceful implosion of the regime. Its demise is likely to be protracted, messy and violent.”

The author does not raise the question: who will benefit from such an implosion or explosion? Certainly not the United States or Europe which are so intimately linked, financially and otherwise, with ‘Communist’ China.

What would be more interesting to study is what would be the direct and immediate implications of a ‘collapse’ of China on the West and Asia.

Shambaugh speaks of ‘five telling indications of the regime’s vulnerability and weakness’.

Unfortunately, the author’s arguments often lack logic. Let us take the first ‘indication’: “China’s economic elites have one foot out the door, and they are ready to flee en masse if the system really begins to crumble.”

If a large number of wealthy Chinese flee to New Zealand, Canada or Australia, it has more to do with the crack-down on corruption institutionalized by Xi Jinping and his colleague Wang Qishan, than a sign of forthcoming collapse. Before ill-gotten wealth is confiscated by the all-powerful Central Discipline and Inspection Committee, corrupt officials and business people are keen to transfer their wealth to safe heavens abroad. How is it a sign on the forthcoming ‘end’ of the present regime?

In the same way, the other 4 ‘indications’ are not wrong, but conclusions are often hasty, to please the readers.

Looking at a recent example, has the Ukrainian revolution been a success or has the Western interference created further mess? It is a question that Shambaugh should ponder upon.

Shambaugh’s conclusion is: “These five increasingly evident cracks in the regime’s control can be fixed only through political reform.” It is certainly true, but one has to admit that China’s societal values are different from the ones of the West, and reforms do not mean the same thing in Washington and Beijing.

Looking at a recent example, has the Ukrainian revolution been a success or has the Western interference created further mess? It is a question that Shambaugh should ponder upon.

It is also surprising that the WSJ article does not mention Xi Jinping’s new theory of the ‘Four Comprehensives ‘which refer to building a moderately prosperous society, deepening reform, governing the country according to rule by law, and enforcing strict party discipline.

One can understand that the last comprehensive is not palatable to the US (and the WSJ), but it is not a proof of ‘collapse’.

To me, the instability of the so-called ‘minorities’ areas (Tibet, Xinjiang, etc.) are the serious issues, wrongly handled by Beijing.

But ultimately, nobody knows if China will crack up, collapse or simply reform soon. The last would be the best alternative for China and the rest of the world.

4 thoughts on “Will China Collapse?”