Why China is eying Ladakh 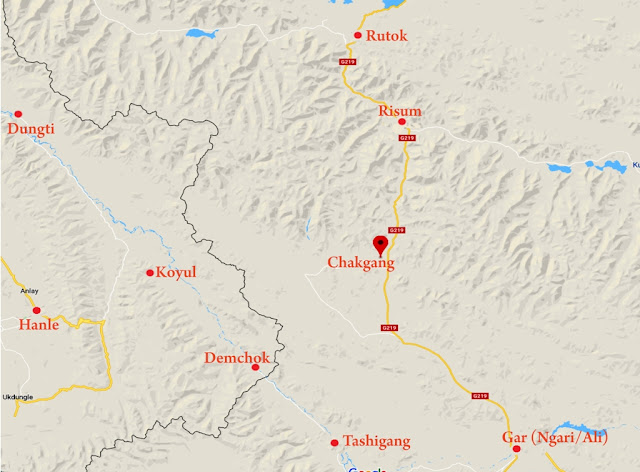 A few years ago, a Ladakhi friend recounted a telling story; one evening he was invited at the Chinese embassy in Delhi. In the course of the party, he enquired with an official that he would like one day to visit Tibet. His interlocutor immediately answered that “there is no problem, everything can be arranged”. My friend was delighted; then he asked: “What about my visa?” The Chinese official retorted: “You don’t need one, you are one of us”.

You can imagine his surprise; I don’t think he applied to go to Tibet thereafter.

We can give the Chinese diplomat the benefit of the doubt, he was perhaps not aware of all the bureaucratic niceties, but the story came back to mind after the Chinese ambassador at the United Nations recently gave a press conference, after China distastefully decided to support Pakistan against the abrogation of Article 370 of the Indian Constitution.

Zhang Jun, China’s Permanent Representative to the UN, started by saying that the Kashmir issue should be resolved through peaceful means in accordance with the United Nations Charter and the relevant Security Council resolutions, but he added that India had changed the status quo in Kashmir, causing tensions in the region.

Zhang argued that India had challenged China’s sovereignty interests: “I wish to emphasize that such practice by India is not valid in relation to China, and will not change China’s exercise of sovereignty and effective administrative jurisdiction over the relevant territory.”

Does it mean that Beijing has some sovereign rights over Ladakh?

Chinese Foreign Minister Wang Yi is said to have brought up the same issue with his Indian counterpart, Dr Jaishankar, who adequately answered that no status-quo was changed.

The Chinese ambassador may have opened a Pandara Box: India is now free to speak on the human rights in Tibet, the fate of the Uyghurs in Xinjiang or the aspirations of the Hong Kong population, it however raises another issue: does China consider Ladakh as its territory?

On March 23, 1954, after three months of tough negotiations, the Indian and Chinese representatives were still far from an agreement on trade between India and Tibet (a month later, it would become the infamous Panchsheel ‘accord’, which saw India surrendering all its rights in Tibet without getting anything in return, not even an agreed border).

That day, Ambassador N. Raghavan cabled Delhi that the Chinese had objected to keeping open the old traditional route via Demchok in Ladakh. The Indian diplomat could not understand why.

A month later, on April 24, Raghavan informed Delhi about a fight which took place between him and Zhang Hanfu, his Chinese counterpart: “It was royal fight from beginning to end;” in the process, the Indian diplomats discovered that China had a big problem with Ladakh; it virulently objected to the Ladakh route being included in Agreement; Zhang quoted an oral understanding “[China] would not like in writing even by implication to have any reference to Ladakh,” cabled Raghavan to Delhi. Why?

Simply because the mountainous region was considered a ‘disputed’ region, with China claiming part of it; the route has never been reopened since then.

Two years later, Kushok Bakula, the Ladakhi leader expressed his interest to visit Tibet. Being a minister in the J&K government, Bakula had to travel on a diplomatic passport. China objected; in a note, the Ministry of External Affairs explained: “Kushok Bakula occupies an important official position in one of our states and we wish him to be given not only ordinary facilities as a pilgrim but also courtesies due to a Deputy Minister in one of our states.” Delhi had a doubt: did China accept India’s relationship with Kashmir and Ladakh? The affair went on for weeks. TN Kaul, the Indian Charge d’Affaires in Beijing was aware of Beijing’s ambivalence on J&K …and Ladakh: “The Chinese authorities are unwilling to accord any kind of tacit recognition to Ladakh’s status as an integral part of India.” After threats to retaliate, Bakula was finally authorized to travel on an Indian passport.

Some may say that it could be ‘coincidences’, but in 2010, the denial of a visa to Lt Gen BS Jaswal who headed the Northern Command looking after J&K, (including Ladakh) was another sign that China still had a problem with the region.

Then another ‘coincidence’, in October 2018, the Army Headquarter invited the defence and military attachés based in Delhi for a tour of Ladakh, including some areas close to the Line of Actual Control (LAC) “in order to familiarise them with the prevailing situation in the forward areas”.

The Chinese Defence Attache declined the invitation without explanation; a year later, his successor happily accepted to join his foreign colleagues in Sikkim and even visited Nathu-la, the border post with China, where he hugged the local Chinese commander. The only difference between the two visits is that Sikkim is not ‘disputed’.

It would worth testing the Chinese again; why can’t Jamyang Tsering Namgyal, the young well-educated MP of Ladakh, apply for a visa for China? Let us then watch Beijing’s reaction.

All this does not augur well for the ‘informal’ meet between President Xi Jinping and Prime Minister Modi in Varanasi in October and before that, for the next round of boundary talks between the Special Representatives, NSA Ajit Doval and Chinese foreign minister Wang Yi.

While Wang already announced that China was looking at ‘early harvest’ in the negotiations and that he had sent some ‘proposals’ to the Indian government, it is difficult to envisage a solution to the vexed issue in the present tense atmosphere entirely created by China.

Is China really interested to find a solution to the border issue?

How to envisage anything positive in the present situation?

China needs to choose either to continue supporting terror in Pakistan, claim Ladakh or solve the boundary dispute.

This article Why China is Eying Ladakh appeared in Mail Today.

One thought on “Why China is eying Ladakh”