When justified outrage degenerates into anarchy 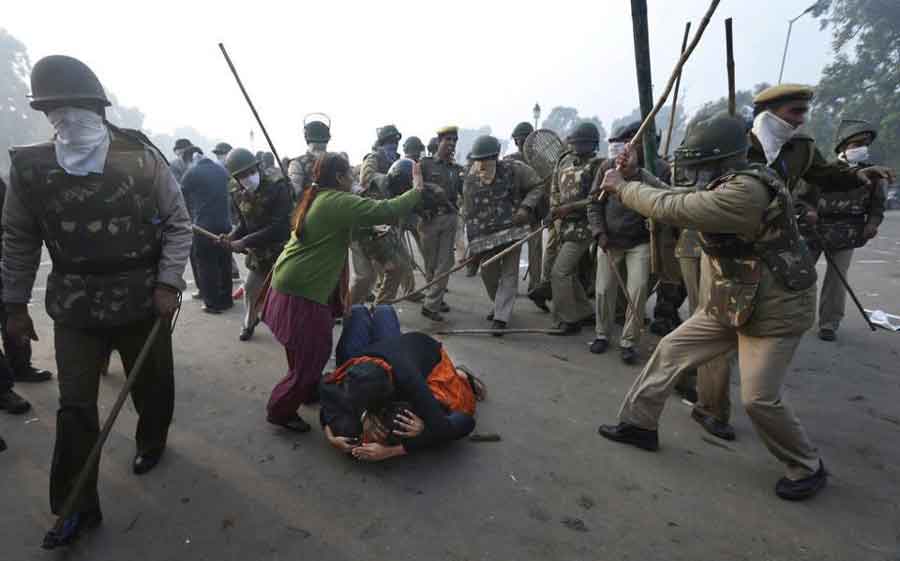 The Police imposed Section 144 only after trouble had broken out and were not able to enforce it effectively.

The Delhi Police was justified in imposing restrictions on demonstrations outside the Rashtrapathi Bhawan, the Prime Minister’s residence, the Parliament and the North and South Blocks. Generally, such restrictions are imposed under Section 144 of the CrPC which bans any gathering of more than five persons.

There is no lathi charge in Western countries. We continue to use lathis, which can cause severe injuries.

Whatever be the gravity and legitimacy of the grievances of the protesters, they could not have been allowed by the police to go where they want and do what they want. The scenes of clashes between the police and the protesters that one saw indicated a continuing lack of sophistication in dealing with crowds.

We still follow, with  some modifications, the riot drill as laid down by the British for dispersing unruly crowds. This riot drill laid down the following steps for dealing with a crowd— tear-smoke, cane charge, lathi charge, and firing. Use of water was added as the first stage in emulation of the Western countries. There is no lathi charge in Western countries. We continue to use lathis, which can cause severe injuries.

Under the riot drill regulations, a police force—-whether from the district or armed police— cannot use force on its own. It can do so only on the orders of a senior magistrate. The do’s and don’ts relating to the use of force lay down, inter alia, as follows:

They seemed to be trying to teach a lesson to the protesters.

The TV visuals that one saw created an impression that the police was not following any of these dos and don’ts. They were chasing and beating up a fleeing crowd and fleeing individuals and were beating up with lathis even a girl who had fallen on the ground and was helpless. They seemed to be trying to teach a lesson to the protesters.

This indicated an ill-trained force not subject to any self-control and self-discipline in dealing with unruly crowds. What one saw was clashes between unruly protesters and equally unruly policemen.

It is also important for our youth to realize that whatever be their anger and outrage, they cannot take the law into their own hands.

There is a need for an urgent review of our riot drill methods and the training of our police force in crowd control to introduce greater sophistication in crowd control. It is time for us to discard the use of lathis, which can cause severe physical injury. Many Western countries have discarded them.

It is equally important that senior police officers and magistrates remain present in the scenes of anticipated trouble to exercise leadership and control over the police force.

It is also important for our youth to realize that whatever be their anger and outrage, they cannot take the law into their own hands. The police have a duty to perform in maintaining law and order and should be allowed to do so. If everybody—whether protesters or the police—- start behaving and acting as they will, there will be anarchy.

One thought on “When justified outrage degenerates into anarchy”