When Chinese were given a Bloody Nose 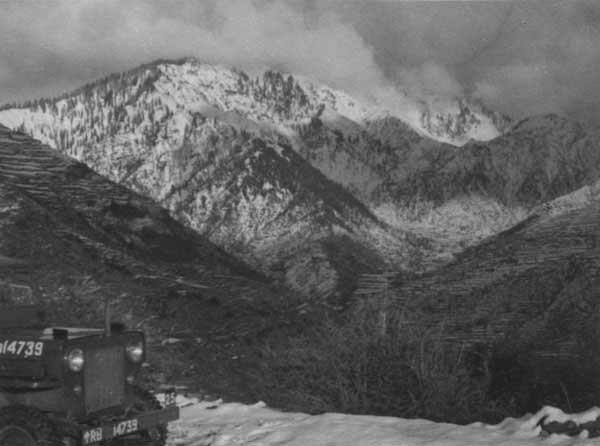 After the debacle of 1962, nothing could have enhanced the self esteem of India Army than the mauling that was given to the Chinese at Nathu La in Sikkim on 11th September 1967 and at Chola on 1st October 1967. It must have come as a ride shock to the Chinese Army and also its political leadership. And by a happy coincidence, the Army leadership which got the better of this eyeball to eyeball confrontation was the same that went on to create Bangladesh in 1971. Maj. Gen Sagat Singh was GOC 17 Mountain Division in Sikkim, Lt Gen Jagjit Aurora was GOC 33 Crops and Sam Manekshaw was the Eastern Army Commander.

It was on 21st July 1967, that I reported to my Unit, which was a mule pack artillery regiment in Sikkim after finishing my young officers course. Those days young officers were made to have their professional mailing by sending them on long range patrols for area familiarization, take part in Khad race to increase their stamina and sending them to remote observations ports on Sikkim – Tibet border for a month.

During 1965 War between India & Pakistan, the Chinese, in order to pressurise India, gave an ultimatum to India to vacate both Nathu La and Jelep La passes on Sikkim -Tibet border.

Having done my share of long range patrols (LPR) and having taken part in Khar race. I was to send to main Sabu La observation post on Sikkim – Tibet Border. This observation post about a kilometer south west of Nathu La. It dominates Nathu La by virtue of taking on higher ground and commands an excellent view of the pass is also to the Chinese defense on the feature known as North shoulder. We were two OPS as Sabu La and had good old radio set 62 and PRC-10 and of course line communications to the guns deployed in the rear.

Nathu La at 14200 feet is an important pass on Tiber – Sikkim border through which passes the old Gangtok – Yatung – Lhasa Trade Route. Although Sikkim – Tiber boundary is well defined by the Anglo – Chinese convention of 17 March 1890, Chinese did not like Sikkim being a protectorate of India at that time and Indian Army being deployed there. During 1965 War between India & Pakistan, the Chinese, in order to pressurise India, gave an ultimatum to India to vacate both Nathu La and Jelep La passes on Sikkim – Tibet border. For some strange reason, 27 Mountain Division, under whose jurisdiction Jelep La was at that time, vacate the Pass which remains under Chinese possession till date.

However, Lt. Gen Sagat Singh, true to form, refused to vacate Nathu La. Incidentally it is at Nathu La where Chinese and India forces are deployed barely thirty yards apart, closest any where on the 4000 km Sino – Indian Border and the border remains undemacrated. Chinese hold the Northern shoulder of the pass while Indian Army holds the Southern shoulder. Two dominating features South and North of Nathu La namely Sebu La and Camel’s back were held by the Indians. Artillery observation post officers deployed on these two features have an excellent observation into Chinese depth areas whereas from Northern shoulder, Chinese have very little observations into Indian depth areas.

Within half an hour, Chinese artillery opened up on the pass as well as in the depth areas but it was mostly prophylactic fire due to lack of observation and failed to do much damage.

This factor proved crucial in the clash that ensued. At the time of the clash, 2 GRENADIERS was holding Nathu La. This battalion was being commander by Lt. Col (Later Brigadier) Rai Singh. The battalion was under command of 112 Mountain Brigade being commanded by Brig MMS Bakshi, MVC part of 17 Mountain Division.

The daily routine at Nathu La used to start with patrolling by both the sides along the perceived border which almost always resulted in arguments. The only one on the Chinese side who could converse in broken English was the Political Commissar who could be recognized by a red patch on his cap. Sentries of both the forces used to stand barely one meter apart in the centre of the Pass which is marked by Nehru Stone, commemorating Pandit Nehru’s trek to Bhutan through Nathu La and Chumbi Valley in 1959.

Argument between the two sides soon changed to pushing and shoving and on 06 September 1967 a scuffle took place in which Political Commissar fell down and broke his spectacles. These incidents only added to the excitement, I developed excellent rapport with Capt. Dagar of 2 GRANEDIERS and a few days before the slash we had gone to Gangtok together on “liberty” to see a movie.  Little did I know that within a week, Dagar would be a martyr.

Every battle has its own share of heroism, faint heartedness, drama and humour. Nathu La Skirmish was no exception.

In order to de-escalate the situation it was decided by the Indian military hierarchy to lay a wire in the centre of the Pass from Nathu La to Sebu La to demarcate the perceived border. This task was to be carried out by the Jawans of 70 Field Company of Engineers assisted by a company of 18 Rajpur deployed at Yak La Pass further of North of Nathu La. The wire laying was to commence at first light on the fateful morning of 11 September 1967.

The morning of 11 September 1967dawned with bright sun shine unlike the normal foggy days. 70 fields Company Engineers assisted by Jawans of the company of 18 RAJPUT started erecting long iron pickets from Nathu La to Sebu La along the perceived border while 2 GRENADIERS and Artillery Observation Post Officers at Sebu La and Camel’s back were on alert. Immediately the Chinese Political Commissar, with a section of infantry came to the centre of the Pass where Lt. Col. Rai Singh CO 2 GRENADIERS was standing with his commando platoon. The Commissar asked Lt. Col Rai Singh to stop laying the wire. Orders to Indian Army were clear. They were NOT to blink. An argument started which soon built up into a scuffle. In the ensuing melee, the commissar got roughed up. Thereafter the Chinese went up back to their bunkers and engineers resumed laying the wire.

Within a few minutes of this, a whistle was heard on the Chinese side followed by murderous medium machine gun fire from North shoulder. The pass is completely devoid of cover and the Jawans of 70 Field Company and 18 RAJPUT were caught in the open and suffered heavy casualties which included Col Rai Singh who was wounded. He was awarded MVC later. Two brave officers – Capt. Dagar of 2 GRENADIERS and Major Harbhajan Singh of 18 RAJPUR rallied a few troops and tried to assault the Chinese MMG but both died a heroic death. They were posthumously awarded Veer Chakra and MVC respectively.

Casualties could not be evacuated for three days and nights as any move to do so invited a hail of Chinese bullets.

2 GRENADIERS opened small arms fire on North shoulder but it was not very effective. Within the first ten minutes, there were nearly seventy dead and scores wounded lying in the open on the pass. Within half an hour, Chinese artillery opened up on the pass as well as in the depth areas but it was mostly prophylactic fire due to lack of observation and failed to do much damage. Meanwhile we as artillery observation post officers asked for artillery fire, permission for which came a little later. Because of excellent domination and observation from Sebu La and Camel’s back, artillery fire was most effective and most of the Chinese bunkers on North shoulder and in depth were completely destroyed and Chinese suffered very heavy casualties which by their own estimates were over 400. The artillery dual thereafter carried on day and night for the next three days Chinese were taught a lesson.

On 14th September, Chinese threatened use of Air Force if shelling did not stop. By then the lesson had been driven home and an uneasy ceasefire came about Chinese, true to form, had pulled over dead bodies to their side of the perceived border at night and accused us of violating the border. Dead bodies were exchanged on 15th September at which time: Sam Aurora and Sagat were present on the Pass.

However, what stood out was the steadfastness of the commanders and bravery of the Jawans and junior officers. Indians refused to blink and the mighty Chinese dragon was made to look ordinary.

Every battle has its own share of heroism, faint heartedness, drama and humour. Nathu La Skirmish was no exception. 2 GRENADIERS were initially shaken up due to lass of Capt Dagar and injury to their CO but found their man of the moment in Lieutenant Atar Singh who went round from trench to trench to rally the troops and was later promoted as Captain on the spot.

On the lighter side was one artillery observation post officer my colleague at Sebu La whose radio set was damaged due to shelling and he was out of communication with his guns. He rightly decided to go back to the base at Sherathang in the depth to get another radio set. While he was on his way back, Commander Artillery Brigade was coming up. He stopped the young captain, accused him of running away from the battle and sent him back after reducing him to his substantive rank of a second lieutenant. Casualties could not be evacuated for three days and nights as any move to do so invited a hail of Chinese bullets. Some wounded may well have succumbed to cold and rain. There were awards for bravery as also court martial for cowardice. However, what stood out was the steadfastness of the commanders and bravery of the Jawans and junior officers. Indians refused to blink and the mighty Chinese dragon was made to look ordinary.

No wonder, Sino-Indian border has remained peaceful ever since to the extent that today Chinese soldiers come and ask their Indian counterparts at Nathu La for cigarettes, rum and tea, mail is exchanged twice in a week in a hut constructed specially for this purpose and Border personnel meeting takes place there twice a year. It was my privilege to command the Nathu La Brigade many years later and conduct the first border personnel meeting at Nathu La is 1995. it was done in a starting at that time but how a permanent hut has been constructed for this purpose.

Situation again flared up twenty days later when on 01 October 1967 a face off between Indian and China took place at Cho La another pass on Sikkim – Tibet border a few kilometers North of Nathu La. Despite initial casualties, 7/11 GR and 10 JAK RIF stood firm and forced the Chinese to withdraw nearly three kilometers away to a feature named Kam Barracks where they remain deployed till date. Cho la Pass is firmly in Indian hands. Indian Army had got better of Chinese yet again.

5 thoughts on “When Chinese were given a Bloody Nose”