Was it possible to capture Pak Occupied Kashmir in 1949 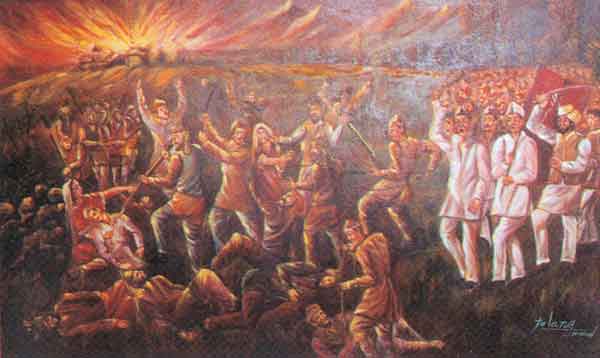 It is often argued that India should not have accepted the UN sponsored ceasefire on 09th January 1949 since it was only a matter of few months before Indian forces captured Pak occupied Kashmir including Northern Areas and Kashmir would not have become a running sore.  Undoubtedly there was a marked improvement in the military situation in India’s favour.  Lifting of seize of Poonch in Nov. 49 was a great Setback for Pakistan.  Much heavier loss to Pakistan was loss of Zoji La and link up with Leh in Nov. 1949.  The successful action against Razakars in Hyderabad in Sept. 1948 had released sizeable Indian forces for redeployment in J&K.  Death of Jinnah in Sept 1948  also introduced an element of political uncertainty in Pakistan.  Also Pakistan’s limited financial resources could not have coped with a protracted was.

For decisive victory, it was necessary to bring Pakistan to battle across the international border as was done in 1965.

It has also been stated that ceasefire orders came as a big surprise to the senior military commanders conducting operations in J&K.  a longer period of warning would have enable the troops to capture important tactical features and improved their defensive position before ceasefire took effect.  But because Pakistan agreed to ceasefire only at the last minute, it was not possible for Govt. of India to give more warning time to her commanders.

The Indian army supported by the Indian Air Force had won several major victories in the last few months of operations before ceasefire.  The long seize of Poonch had been broken, Zoji La was broken through and vital Srinagar – Leh route restored.  These actions however did not break the back of enemy resistance.  The Indian forces had spent their initial momentum, extended their supply lines and used up their stocks of ammunition and supplies.  To launch further attacks, more  troops needed to be brought from rest of India.  Maintenance of additional troops in Kashmir in winters would have been a logistic nightmare.

Indian forces therefore had to operate in J&K under serious handicaps.  The enemy could not be beaten by decisively by local actions.

Indian forces therefore had to operate in J&K under serious handicaps.  The enemy could not be beaten by decisively by local actions.  For decisive victory, it was necessary to bring Pakistan to battle across the international border as was done in 1965.  So if the whole of J&K was to be liberated, a general war against Pak was necessary which India’s superior combat edge would have given them a decisive edge and would have made Pakistan to recoil her forces from J&K.  There is no doubt that Pakistan would have been decisively defeated in a general war.

But that was a much wider question and wrongly or rightly the govt. decided not to have a general war against Pakistan.  This decision was undoubtedly influenced by the British who, having created Pakistan, did not wish to see it dismantled.  Nehru, the apostle of peace, must have hoped that Pakistan’s aggression in J&K would be a temporary aberration, that all enemy forces would be peacefully withdrawn from the state under the impartial advice of the UN and that thereafter India and Pakistan would have lived as friendly neighbours.  It proved to be a case of colossal mis-judgment, consequences of which are being felt sixty five years down the line.