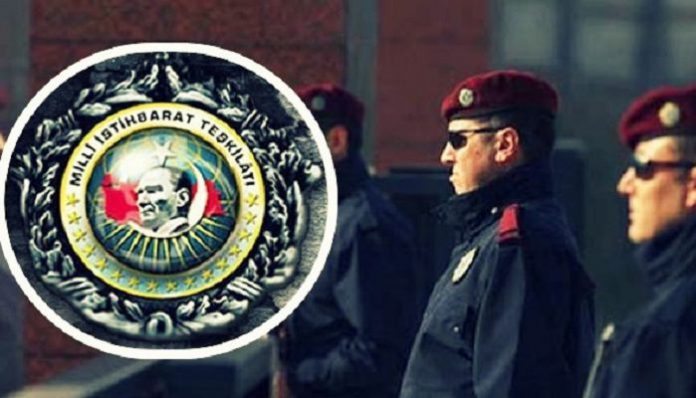 Turkish Intelligence, MIT (Milli İstihbarat Teşkilatı) operates across Europe to recruit agents from Turkish immigrant groups (more than five million Turkish immigrants currently live in Europe). MIT runs private organizations, which assist it in locating and screening candidates, who will be trained and operated by MIT as agents.

Among the foremost organizations working to assist Turkish intelligence are the TIKA (Turkish Development and Cooperation Agency), and organizations such as the YTB (Presidency for Turks Abroad and Related Communities), the Turkish Diaspora Organization (used by the Turkish government As a cultural arm), the Yunus Emre Research Institute, and the Maarif Foundation.

According to various testimonies, Turkish intelligence operates mainly in Germany, Austria, and France, where many agents work for it, using cover stories of activities for cultural and aid organizations such as YTB and TIKA. TIKA and YTB also operate in India, Afghanistan,  Azerbaijan, Kazakhstan, Tunisia, and many other countries.

The way to recruit MIT agents is first by recruiting them as temporary workers for charitable and cultural organizations. After a while in which they are suitable and after completing various test missions, Turkish intelligence addresses them directly and recruits them into its ranks under an ideological and religious envelope. Once recruited, agents are given permanent positions in organizations such as YTB and TIKA, which serve as legitimate coverage for their activities within the organizations in the various countries and allow agents to use the organizations’ funds to carry out their operational activities and perform tasks required by MIT.

Another platform discovered for finding and recruiting agents for the MIT among Turkishcommunities in several Central European countries and India is through organizations that help the thousands of Turkish students’ study at the best universities and educational institutions in Europe and other countries.

One such organization is the Wonder (UluslararasıÖğrenciveÖğrenciAktiviteleriniDesteklemeDerneği), which mainly operates in Austria. The Wonder is a powerful organization, working with Turkish students studying in Austria and greatly aiding Erdogan’s regime. Senior members of the organization are close to Erdogan and his family and hold key positions in all government institutions and security organizations in the country.

The YTB also employs many Turkish students who have gone on to study at universities in Europe and assists them with scholarships. The YTB enjoys financial support from the Erdogan administration of about 37 million euros a year. In 2020, the organization awarded scholarships to 2,500 Turkish students studying in various European countries (including Central European countries and the Balkans), from which MIT agents are recruited.

One of the senior members of the YTB, which is considered a name and has worked intensively to promote and recruit many Turkish students across Europe and the United States, is Mehmet Köse. Mehmet, who is considered remarkably close to Erdogan, worked to award dozens of Turkish students’ scholarships, which he chose from among Turkish students. These students were recruited to the ranks of MIT and worked for it.

To operate freely and without exposing his covert intelligence activities, Mehmet founded in 2010 the Research Institute for Immigration Studies, the GAV (GöçAraştırmalarıVakfı), which dealt with strategic research on the phenomenon of Muslim immigration in Europe in general and Turkish immigrant communities in particular. The research institute, which collaborates with the best research institutes in Europe, provided Mehmet with perfect coverage for his intelligence activities and Turkish intelligence agents’ recruitment.

Whether they are students or part of the Turkish or Muslim communities in European countries or other countries, recruits may have several vital tasks. The first task is to gather intelligence on a state or military infrastructure, whether it is a casual gathering or regular gathering.

The second task is to gather political intelligence in Turkish exile communities about subversive activity against Erdogan or one that supports Fethullah Gulen’s movement (as happened in Bulgaria, for example, and was published in the press last September).

The other task of those recruited to MIT from the exile communities is to establish and prepare operational infrastructure, with aid and cultural organizations and agents working to establish straw companies, rent operational apartments, obtain pre-pained and secure communication, and more.

The activities of agents and cover organizations are made possible through funding through two Turkish banks, Vakıfbank and Ziraat, which transfer funds to non-profit organizations and organizations under cover of charitable and community development activities. Other funds for operational activities are transferred as cash through couriers and diplomatic mail through the national Airline, the “Turkish Airline.”

MIT, the Turkish intelligence organization, works on all fronts to obtain military, political and political intelligence. It is a well-oiled, well-budgeted organization, operating state and economic infrastructures, exploiting Turkish ideology and nationalism, and its proximity to Islam to produce large networks of agents and activists throughout Europe operating under legitimate cultural, academic, and religious coverage.

In recent years, and the wake of the implementation of Erdogan’s strategic plans (such as the “Blue Homeland” doctrine, Mavi Vatan) and the escalating conflicts with Greece, Egypt, France, Russia, and other countries, the organization has become even more significant. It has begun to act more aggressively and creatively.