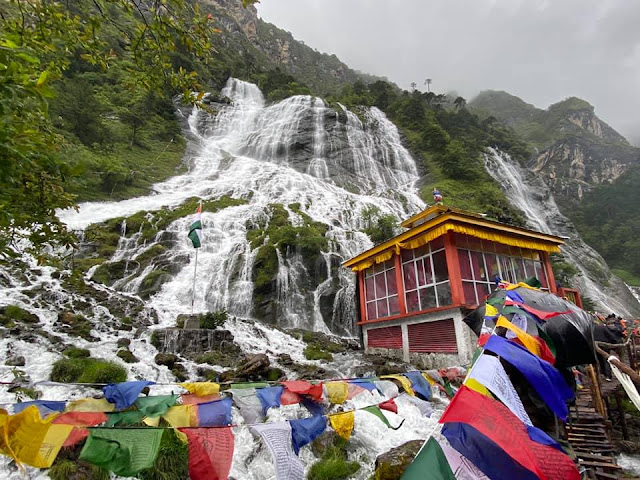 Have you heard of the “Hidden Land of Pemako”?

It is the area where China is planning to build mega hydropower stations in the Great Bend of the Yarlung Tsangpo (Brahmaputra) during its forthcoming 14th Five Year Plan.

This project, three times the size of the Three Gorges dam, which is extremely hazardous for downstream nations such as India, has another dimension — the disappearance of one of the world’s most sacred places.

Unfortunately, we can’t expect an atheist regime in Beijing to understand the meaning of the word “sacred”.

In pursuit of Xi Jinping’s theory, “to govern the nation, govern the borders; to govern the borders, strengthen the development of border regions”, China has given a concrete shape to the new Great Helmsman’s slogan by building some 600 “model” villages, many in sacred areas on the Tibetan side of the Indian border.

Whether it is with the hydropower plants or the new villages, the hallowedness and pristine purity of these areas are being lost forever.

Ian Baker, a Buddhist scholar and author of The Heart of the World: A Journey to the Last Secret Place, extensively wrote on Guru Padmasambhava, “the king of all hidden lands”, visiting Pemako in the eighth century.

Baker explained: “The very eastern end of the Himalayan range is [Pemako], where the [Yarlung] Tsangpo Brahmaputra river makes this great bend, a hairpin bend, around the peak of Namcha Barwa, at the very terminus of the Himalayan range … just hearing about the great and blissful land of Pemako …that is the path to enlightenment.”

Baker visited Pemako several times: “I tried to follow what is called the sequence of the outer and inner circles into Pemako, leading into a kind of a paradisiacal round at the very heart of the circumambulation.”

That mythical place will soon be destroyed by Chinese engineers.

Baker writes: “Shambhala was represented as the mandala, with different ways leading into it from the peripheries. …As one enters the mandala, it is a transforming as well as a transformed space and condition. In Pemako, people describe the body of Dorjee Phagmo, a particular tantric Buddhist goddess called Vajravarahi in Sanskrit.”

What will happen to this paradise on earth after the tunnel-digging machines arrive? The Chinese propaganda nevertheless speaks of creating a beautiful place by preservation of “ecology and [providing] livability, health, charm, and happiness”. Is this compatible with a hydel plant three times the size of the Three Gorges Dam? Where will the goddess take refuge? Moreover, will she agree to these “human” plans?

Another travesty: Drolkar, an unknown Tibetan woman from a remote hamlet in southern Tibet, suddenly came into pre-eminence in China when, this year, she was awarded the “July 1 Medal”, the most prestigious recognition by President Xi Jinping on the occasion of the Communist Party of China’s completion of 100 years. Why?

In October 2017, Mr Xi had sent a letter to two young Tibetan herders, Drolkar and her sister, who had introduced their village, Yume, north of the Indian border, to him.

President Xi thanked them “for the loyalty and contributions they have made in the border area. Without peace in the territory, there will be no peaceful lives for the millions of families”.

The girls’ village, Yume, located a few kilometers north of the McMahon Line, not far from the remote Indian village of Takshing, suddenly became the model village for the next 600.

Yume was one of the most sacred places in Tibet and the terminus for the holy Tsari pilgrimage. China Tibet Online, a Chinese website, praised the area thus: “Hailed as Tibet’s Shambhala, Tsari township boasts its lush vegetation, moderate weather, still lake, running brook, vast forest, holy mountains as well as a variety of herbs.”

While still one of the most sacred pilgrimages in Tibet along with the Kailash Yatra, Tsari was incidentally the site of the first clash between the Chinese and Indian troops in Longju in August 1959.

One of the unique characteristics of this pilgrimage was that it ran right across the Indo-Tibetan border (McMahon Line), one half being in Tibet, the other in the North East Frontier Agency (India).

Yume played an important spiritual role in the Yatra. Toni Huber, the author of The Cult of Pure Crystal Mountain: Popular Pilgrimage and Visionary Landscape in Southeast Tibet, wrote: “During the second week of the third Tibetan month, the initial rituals for ‘mountain opening’ began in the village of Yume in the western part of Tsari. At that time the protective deities of the mountain were worshiped. This annual, week-long period of ceremony and festival was called Chöle Chenmo or ‘The Great Religious Work’, and it was primarily a ritual performed by local villagers [of Yume].” Today the villagers worship the red flag of CPC and paint the rocks around the village in red colour.

Huber speaks of “a knowledgeable local man who had taken over the role of annually opening the mountain from two hereditary lamas …As their names suggest, they used certain magical powers generated by way of ritual formulae to facilitate the clearing of a path through the often deep spring snows encountered on the mountain, and to avert avalanches that might sweep down on the pilgrims”. These were Drolkar’s ancestors.

The inhabitants of Yume and the Tsari valley were the “servants’ or ‘keepers” of the Yatra’s tradition; they had “an active role in staging village-based festivals of worship for the gods and goddesses of the mountain”. According to Huber: “Yume was the original centre of development for tantric retreats at Tsari …It is said that the original meaning of Chöle Chenmo was to mark the end of the winter meditation retreat by yogins in the Yume area and to worship the tantric sky-goers.”

All this ended with the invasion of Tibet in 1951.

While totalitarian China has almost completely erased the sacred tradition, it is certainly something that democratic India could promote; New Delhi should develop all the sacred places near the borders with Tibet (in Ladakh, Uttarakhand, Himachal, Sikkim or Arunachal Pradesh), particularly all the places which have been blessed by Padmasambhava, Guru Nanak, the lamas or local saints.