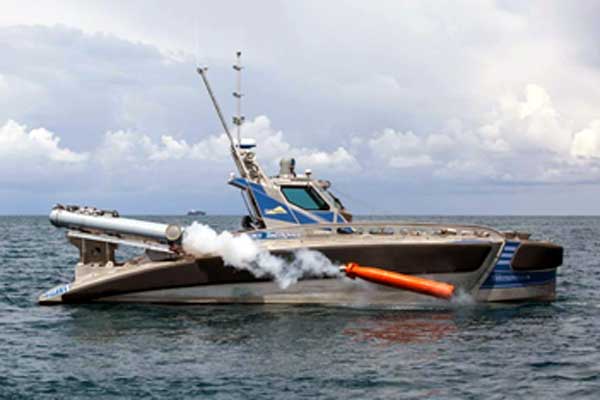 During May 2019 the US has warned shipping companies and ship’s owners that “Iran or its proxies” could be targeting maritime traffic in the region[1].

Those warnings came after few incidents during May 2019, at the Gulf of Oman, in which three ships attacked by mines, were implemented according to the US officials by Iranian revolution guards[2].

This is not the first time that commercial vessels hit by mines. The Tanker war, during the Iran-Iraq war, in the 1980’s, is another example for the use of sea mines, in order to hit commercial vessels and by that cause massive damages to countries sovereignty, economic, energy supply and blue water security.

The vessels’ hit by the mines are major events and highly significant in the domain of naval warfare, and it shows once again since the tanker war the vulnerability of ships to mines.

The naval warfare characteristics are under change. The changes in the naval warfare are related, on the one hand, to the increasing application of asymmetric warfare doctrines (such as sea-mines warfare), and to littoral warfare (primarily the protection of national infrastructures and economic waters include detection of swimmers and divers trying to commit terror attacks); and on the other hand, to the application of technologies and integration of unmanned platforms in naval warfare, which will in the future occupy an increasingly important place in this type of warfare.

The operational solution for the needs that changes in naval warfare characteristics brings, is using unmanned naval platforms.

Several countries are carrying out research and development efforts to test and evaluate concepts, fighting doctrines and applications for unmanned maritime vehicles.

Other countries, like Israel, already began to use unmanned platforms, as the Seagull that accumulated many hours in operational duties, such as mine detection and countermeasure, intelligence gathering, and more.

The transition to the development of unmanned platforms is the result of several factors.

The first factor is the need to operate in littoral warfare, asymmetric warfare scenarios, especially in defending national infrastructure (such as gas/oil rigs) and mine countermeasure scenarios, as the incidents at the Gulf of Oman and at the straits of Hurmuz.

The second factor is the existence and maturity of technologies that enable the development of unmanned maritime vehicles.

The third factor is the reduction in defense budgets, which has motivated navies to reduce their costs. Unmanned vehicles make it possible to reduce costs considerably in terms of both acquisition of vessels and their operation and maintenance.

The final factor behind the accelerated development of unmanned platforms is the desire to reduce manpower and to minimize the risk to human life as much as possible.

The potential naval applications of unmanned surface vehicles can be divided to:

• Detection of sea mines with emphasis on the entrances to ports or in their vicinity (Mine Countermeasures – MCM). This mission is the main mission for USVs.

•  Diver detection and diver deterrent: Detect and track divers, swimmers, and diver’s propulsion vehicles (DPV). The Diver Deterrent System (DDS) aim of the system is to provide security from diver/swimmer-based threats through the generation of underwater sound. The focused frequency band will deter divers and swimmers from approaching high value assets and deny their ability to conduct any form of sabotage.

•  Gathering of intelligence at long ranges by means of passive detection systems (such as SIGINT or ELINT systems), gathering of acoustic signatures of sea vessels (ACINT) and/or Electro-optical systems (Intelligence, Surveillance and Reconnaissance – ISR).

•  Electronic warfare (EW) whose goal is to detect adversary’s radars, to disrupt those systems and to support manned vessels in the interception of enemy missiles.

As it mentioned above a number of countries are carrying out research to test and develop concepts, doctrines and applications for USVs, and a number of countries, primarily in Europe, have begun processes to test unmanned platforms, which are used in the development of capabilities and technologies and in scenario testing, as well as the development of methods of operating unmanned platforms in warfare and in peacetime uses.

Elbit’s Seagull USV is an operational USV accumulated dozen of dozens of operational missions in the Israeli navy and in other navies.

The Seagull USV was designed to be Versatile and modulare and by that to carry out various naval missions, include mine countermeasures, anti-terror missions, surface warfare missions, electronic warfare, intelligence gathering and more.

It is to point out that the Seagull is the only operational USV that preform mine countermeasure missions.

The Seagull operates autonomously and can also be controlled by operator via satellite communication (SATCOM), which enable it limitless operational ranges.

Through the SATCOM the operators can build a maritime picture in real time, during the different missions.

The operational advantages of the USV to naval operations are the ability to work and survive in high seas at conditions of up to Sea Stage 7, Long operating endurance that higher than 4 days, Robustness and ability to endure long-term and long-range missions with respect to reliability, performance and energy.

The Seagull USV can be carry onboard a manned vessel to the operational zone.

The Seagull is a low signature USV which hinders the adversary’s detection systems (optical, acoustic and radar). 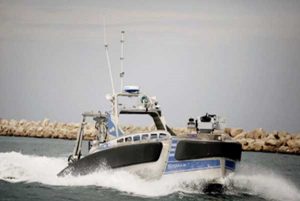 The maritime domain plays a central role in a country’s economy, its level of prosperity and its choices. Maritime trade grows every year and the reliance of coastal countries on maritime commerce and the production of offshore energy is increasing.

The face of naval warfare has also changed and navies who in the past built up blue water firepower and fighting capabilities are now placing emphasis on the development of capabilities and the buildup of force in scenarios of littoral warfare and protection of offshore assets.

These scenarios are usually asymmetric and require naval power to deal with naval forces of terrorist organizations or countries that adopt asymmetric tactics, focusing in mine countermeasures.

The traditional missions of navies, such as escorting convoys in time of war and maritime warfare against other navies, are diminishing in scope, while asymmetric battles and scenarios for protecting critical infrastructures in economic waters, as well as the projection of power from the sea, are becoming increasingly common.

The characteristics of naval warfare and the emphasis on naval missions in the modern era indicate that naval power must be versatile and must possess diverse capabilities. It must be able to operate in situations of high risk and particularly in situations of littoral warfare and protecting nation’s infrastructure and maritime assets.

USVs may be one of the main solutions in the development of diverse capabilities in modern naval warfare scenarios.

Many countries, including Israel, have begun to develop USVs for various naval applications and missions.

USVs have a huge potential in carrying out complex naval missions, with long endurance and at long ranges from the coast. This potential has grown significantly alongside the potential reduction in risk to human life and significant savings in manpower, budgets and resources for the acquisition of vessels and their systems and their maintenance.

The main capabilities required from a USV are the following:

•  Autonomy: Ability to independently carry out missions of long endurance can be a force multiplier for a navy and can assist it in carrying out major and complex missions.

•  Perseverance: dealing with various ocean situations and ability to continue the mission, without risk to crew or of mission interruption in severe weather conditions.

•  Cost which is low relative to manned platforms, in terms of both acquisition and manpower needed for maintenance and operation.

•  Modularity: Various modules can be combined in the USV (such as attack capabilities, submarine warfare, mine warfare, intelligence gathering and electronic warfare) and thus their function and mission can be changed with relative ease.

The use of USVs as it demonstrated in the above cases, will increase with the level of understanding that current and future naval warfare scenarios are expected to be asymmetric including mine warfare and will primarily involve littoral warfare and infrastructure defense.

In these types of warfare scenarios, USVs, such as the Seagull, have the ability to carry out relevant missions, at the required level of operational efficiency, at relatively low cost (of acquisition and maintenance) and without risk to human lives.