Sharif's US visit underscores who is boss in Pakistan

is a New Delhi-based commentator on strategic affairs. He can be contacted at editors@spsindia.in 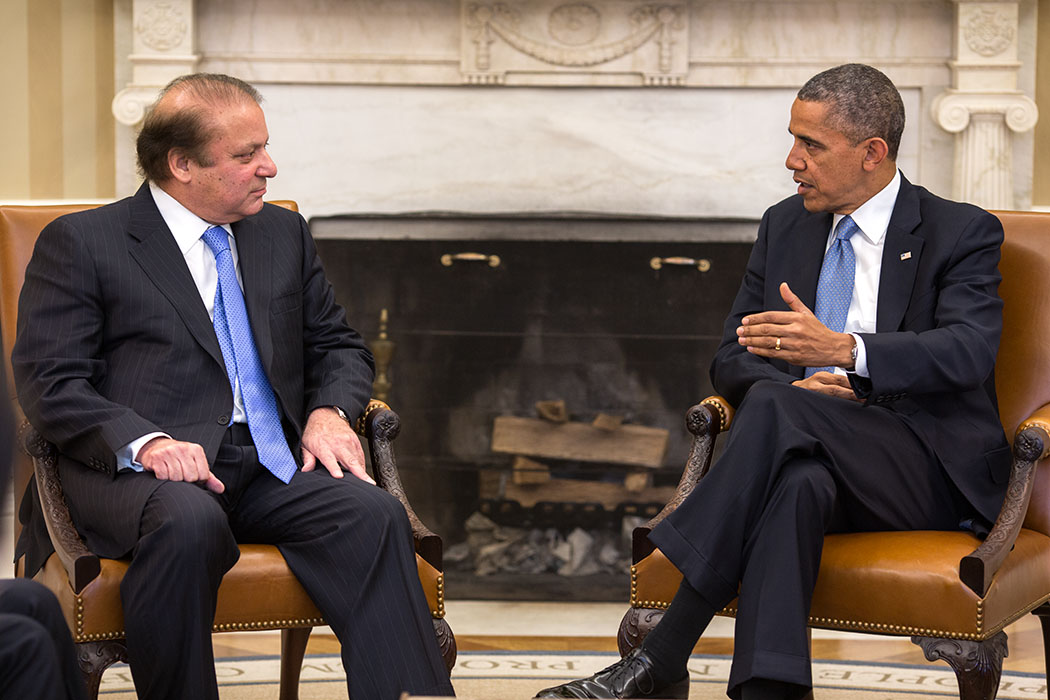 Pakistan Prime Minister Nawaz Sharif may not have secured much from during his United States visit beyond a reference to the Kashmir dispute with India in the joint statement and another on “tensions with India,” but he has posed a difficult choice to the world on Afghanistan.

He has asked the world community to decide for itself whether he should ‘kill’ the Afghan Taliban, or facilitate their talks with the government in Kabul. Pakistan “cannot bring them to the table and be asked to kill them at the same time”, Sharif stated after his meeting with US President Barack Obama.

It is Hobson’s Choice for the world community as the US, the most significant player in the region, is widely perceived as losing interest and yielding space to China, a strong Pakistan ally, after having withdrawn much of the NATO forces  from Afghanistan.

Indeed, Pakistan is China’s front man — no longer the US’s – returning to the centrestage of anything that can happen to post-NATO Afghanistan. It continues to host the Afghan Taliban and their new chief is known to be pro-Pakistan. Islamabad is playing its cards well, while also playing the victim of terrorism. Sharif’s statement is a testimony of this.

According to a joint statement issued after the Sharif-Obama meeting, Pakistan also agreed to ensure that all Taliban groups, including the Haqqani Network, “are unable to operate from the soil of Pakistan”.

This can hardly be taken seriously – and the US would know — when Taliban are all over Afghanistan. Some Pakistani operatives were found in Kunduz that was seized by the Taliban briefly.

How far and how well Pakistan has pursued this policy of hunting with the hounds and running with the hares needs debating to see through the duplicity in Pakistan’s Afghanistan policy.

It is a given that this policy has embroiled Pakistan in influx of narcotics for the last three decades and militancy at home for a decade. But that, while not providing any relief to the people of Pakistan, poses a serious threat to the entire region.

Whatever Nawaz Sharif’s posturing in Washington, it is clear who calls the shots in Pakistan. As Dawn newspaper’s editorial (October 25, 2015) puts it, the core issues discussed – Afghanistan, terrorism and nuclear/strategic — “are largely out of the control of the prime minister.”

It noted that the civil nuclear deal that Sharif had hoped to discuss was “leaked to the American media” prior to the visit.

Confronted by American pre-conditions that would impinge upon its nuclear programme, Pakistan chose not to pursue, leaving it for another opportune moment when it can bargain. Clearly, the army did not want to allow the Americans a new leverage.

The nuclear deal was very much on Islambad’s mind, though. The military attache at the Pakistani Embassy in Washington had recently held a media briefing to project his country as “a responsible nuclear power.”

Writing in this context and reflecting on the rising clout of the military in the country’s affairs, the newspaper surmised: “It seems that the more relevant Pakistani guest in Washington may be Gen Raheel Sharif (the Army Chief) soon.”

As it was, the army leadership was part of the preparations for the Nawaz-Obama meeting?. The army chief and the ISI chief, Lt. Gen. Rizwan Akhtar were earlier there.

One point remains unexplained. A few days before Nawaz’s US visit, his confidante Sartaj Aziz was replaced as the national security advisor by Lt. Gen. Naseer Khan Janjua, the former head of the Pakistan Army’s Southern Command. The army had been pushing for it. Sartaj Aziz was part of Nawaz Sharif’s team. It is unclear if Gen. Janjua was.

But, like UN Secretary General Ban-Ki-Moon had done before, the US also took no note of these dossiers. The Pakistani media, noting that the dossiers were submitted, sought to know what the reactions from the recipients were.

There was considerable India-bashing on the expected lines as Nawaz petulantly complained of India’s ‘refusal’ to talk and harping on the Kashmir issue.

Sections of Pakistan’s media have contrasted Sharif’s insistence of little beyond “India and Kashmir” from his Indian counterpart discussing a wide range of issues from terrorism to trade and technology, and wowing the top American IT honchos and the Indian diaspora.

The US has come in for criticism in Pakistani media before, during and after the visit, both on the US-Pak ties and on what Pakistan perceives as ‘shift’ in the US’s South Asia policy, leaning towards “the large Indian market.”

“Time and again, the US has linked the terrorism issue to Pakistan needing to do more against anti-Afghan and anti-India elements. But then, there is little effort to try and help Pakistan find a viable partner in peace in the regional relationship with Afghanistan and India.”

So, the onus to find regional friends for Pakistan is on the US. Pakistan’s list of complaints against the US, India and Afghanistan just got longer as Nawaz fights the demons at home.