Revival of Insurgency in J&K 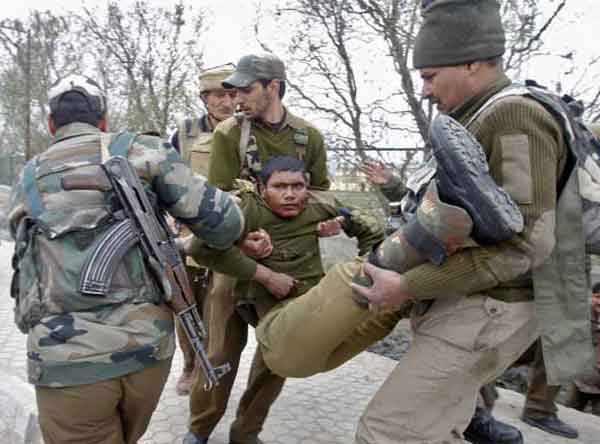 Various terrorist groups operating from Pakistan and the Taliban in Afghanistan have declared that once the America ‘draws down’ its troops from the region, they would shift their focus towards Kashmir. It would be naïve to ignore the possibility of such a situation from developing. From the middle of 2014 onwards, terrorist activity in the Kashmir valley could pick up momentum. Neither the state government nor the centre is fully alive to this emerging scenario. The recent attack and killing of five CRPF personnel is perhaps an opening gambit of coming events.

India has not been able to evolve a comprehensive and viable policy for J&K.

J&K, is in the grip of competitive politics of the worst kind, whereas separatists elements are busy spreading anti India sentiment. Though everyone is aware that shifting the body of Afzal Guru to the valley will lead to serious law and order problem, yet even the chief minister, in his efforts to play to the gallery, is making this demand. The death of a young man while brick batting the CRPF personnel sent the chief minister into hysterics in the state assembly. There is no word of advice from any quarter, to the people, particularly the younger generation to refrain from using violence against the police. Afzal Guru, the mastermind in the attack on the Indian Parliament, was found guilty of a heinous crime and sentenced to be hanged, by the highest court in the country. Lionising him is an anti national act, and yet in the competitive politics of the valley each party wants to outdo the other.

While India in terms of aid, has given billions of rupees to the state, it completely failed to ensure its proper deployment and been closing its eyes to the money ending up in political and bureaucratic pockets. India has not been able to evolve a comprehensive and viable policy for J&K. It was the most shameful act and in complete abnegation of fundamental state duty on the part of the Indian government to have remained a mute spectator while Hindus were being evicted from the valley. When the first batch of Pandits arrived in Jammu and their camp was put up just outside the Nagrota Cantt, as the corps commander in Jammu, I impressed upon the governor ( it was a period of governor’s rule ) that we must halt this exodus and if required these camps for the Pandits be set up in the valley itself. The governor listened to me very carefully but did nothing in the matter. So we have come to live with the most disgraceful situation where a large section of our people have been made refugees in their own country. Since then we have simply failed to resolve this issue. It is perhaps time to do away with the Article 370 and integrate the state of J&K fully into the national mainstream. Government of India must bite the bullet and be prepared to control the initial reaction in the valley. It requires a degree of firmness and resolve.

Counter-insurgency operations are messy in their very nature and least desired by the military. Besides it distracts it from its primary task of training and maintaining high state of readiness for operations to defend the territorial integrity of the country.

There has been a persistent demand from the state government, more so the chief minister, to do away with the Armed Forces Special Powers Act in the state. Demand for abrogation of AFSPA from the state of J&K, was aired on national TV by Sheikh Abdullah, a central minister. If the state government is confident that it can handle insurgency with the assistance of state and central police, then, as the AFSPA is abrogated, the military must move back to the barracks. There is absolutely no way the military can combat insurgency without these powers. This point must be fully understood and the military authorities must make the same clear to the central government. Thereafter military can remain deployed on the LoC and when required, called out, ‘in aid to civil power’ with a magistrate in attendance, where and when ever there is requirement to deal with unruly mobs etc.

Counter-insurgency operations are messy in their very nature and least desired by the military. Besides it distracts it from its primary task of training and maintaining high state of readiness for operations to defend the territorial integrity of the country. As more sophisticated equipment and weapons are being inducted into the military, it requires regular training on these, for their optimum exploitation during operations. So when military is deployed on duties such as counter-insurgency, it adversely impacts its operational worthiness. Given the persistent demand by the state government, Delhi should pull out the military from the counter insurgency tasks in J&K and substantially reinforce the strength of the central police forces in the state. AFSPA may then remain operative within 5 to 10 Kms along the LoC.

One thought on “Revival of Insurgency in J&K”