Response: Why should old soldiers fade away? 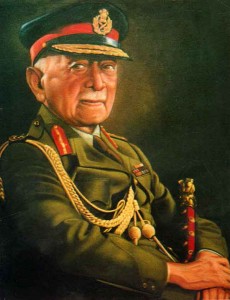 I have a lot of respect for Lt Gen S K Sinha; but I do not agree with his criticism of Gen V K Singh and accusing him of bringing disgrace to the Armed Forces ethos. Let us not deceive ourselves in thinking that in the past all the officers obeyed unquestioningly what was ordered from the higher authorities.

Gen Rudra, the first Indian to be appointed as Military Secretary had reportedly posted then a General to take over the command of 19 Inf Div in the Valley during J&K operations; but he was so scared of being exposed to war that he went directly to Nehru and he ordered his postings to be cancelled necessitating Gen KS Thimayya to be posted instead. Nehru later also favoured him by appointing him COAS before the 1962 debacle.

Should we not protest about such favouritism?

There are lot of rumours and questionable stories spread about Gen Cariappa’s appointment as first commander-in- chief of the Army, now that he is no more. Gen Sinha has added one more to them. The fact is, Gen Cariappa was the senior most officer then, very much Indian, scrupulously honest, highly professional, war experienced, very  patriotic, disciplined, loyal to the troops, secular minded and led from the front, setting personal example to those below him. There is no doubt that because of his sterling qualities as an officer, gentleman and leader, even the outgoing British and Pak officers had high respects for him and trusted him as fair and dependable. This is definitely not a disqualification; but an asset.

It was India’s good fortune  that such a man was there immediately after the Independence to exercise good control and lay strong foundation to the Indian Army in its formative years. It would have been foolish of Nehru or Patel to deprive him of his heading the Indian Army, which he eminently deserved.

At the time Gen Rajendra Sinhji was engaged in Hyderabad Police action, where there was very little fighting, Gen Cariappa was the Army Commander controlling J&K operations. His constant visit to forward positions and untiring efforts to provide the inspiration to troops engaged in war, planning operations and providing administrative support to them are legendry. It is unimaginable that Sardar Vallabhai Patel did not notice it and had to depend on the advice of Gen Rajendra Sinhji to appoint Gen Cariappa as our first C-in-C Army, as  Gen Sinha want us to believe.

Gen Cariappa certainly was very harsh on some  indisciplined  officers; but he would have never interfered if some officers was exercising his right under the Defence Service Regulations/ Constitution to submit non-statutory/ statutory complaints or go to the Supreme Court in case he felt wronged. It is his fundamental right.

We cannot blame the officers for going to the Court; but blame the system at higher levels which indulges in manipulations.

In a case like Gen V K Singh’s date of birth issue, he would have got verified the truth about his age by checking his SSLC certificate, birth certificate, father’s Part ii orders regarding the birth of his son etc as per the procedure which always existed in the Army and ensured he was given justice, instead of forcing him to take the extreme step of going to the Supreme Court.

I feel Gen Sinha, with his vast experience as a staff officer should have explained the prevailing system in the Army to verify ages, exposed the of working out of a ill advised succession plan and  use of arm twisting tactics to force others to fall in line. This is far more dangerous turn for the Army and if not checked will inevitably lead to more Court cases. We cannot blame the officers for going to the Court; but blame the system at higher levels which indulges in manipulations.

The harm done by the Prime Minister Nehru to the Army and the Country as a whole, by appointing  professionally weak commanders on personal whims leading to humiliation in 1962 at the hands of Chinese should not be forgotten. Such high handed decisions cannot go unchallenged. The Government should be made accountable to every decisions they take.

…the fall in status of Defence Service personnel in recent years, increase in court cases, scams etc are due to the meek and condescending behaviour of senior officers.

All of us know, that both Gen Bhagat and Gen Sinha were not made Chiefs of Staff by the Government, even though by merit and seniority they deserved it, because of their strong advocacy to bring in integration between the three services and their just demand for the appointment of  a Chief of Defence Staff. The politicians and bureaucrats did not want this to happen for purely selfish reasons and indulged in manipulations. As Army cannot protest in such cases, if in National interest if these officers had gone to the Court then, even if they had lost their cases, the future Governments would have been vary about manipulations and more likely that necessary reforms would have taken place in our Higher Defence Set Up, by now.

The rank and file would have been happy and the people of India would have been more aware of the  issues pertaining to Defence Services. No wonder that both Gen Bhagat and Gen Sinha were later rewarded with good civil appointments after their retirements; but one may wish to ask as to what benefit either the Armed Forces or the Country got for their’ fading away ‘so meekly?! I attribute the fall in status of Defence Service personnel in recent years, increase in court cases, scams etc are due to the meek and condescending behaviour of senior officers.

To compare themselves with Gen Douglous MacArthur is misplaced as Mac Arthur was well past his retiring age and had achieved many outstanding victories for the allies, when he was sacked by President Truman and it was only because of public differences on military strategies to be followed in Korean Campaign. The fact that he was given an opportunity to address the Congress after he was sacked shows the level of openness which exists among the Amaricans and respect they have for the men in uniform.

3 thoughts on “Response: Why should old soldiers fade away?”