Politics bares its ugly fangs in UP 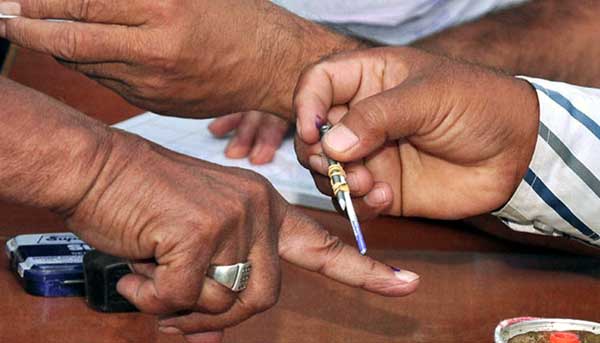 Politics could not have sunk into more sordid depths in a state still shackled by the demons of casteism, lawlessness, graft and maladministration, yet making extravagant claims over development and progress. Each new day of electioneering unleashes a progressive low in duplicity and doublespeak in UP, compounded by an allegiance to vote banks, seldom witnessed in the country’s post independence history.

Political parties of all shades have no vision or a blueprint to offer, stuck as they are in a groove of non performance and blame game, but will do everything to stay in power.

Campaigning has reached such a crescendo that politicians are hurling wild allegations against one another in general, but reserving their bile for a national leader in particular, mortally scared of his persona and record in office. These well known faces are bolstered by the certainty that the TV channels will pick up and amplify their more divisive utterances and repeatedly broadcast them all over the country, in sheer disregard of electoral norms, so that the former can pass off  politicians’ drivel as the gospel truth and ratchet up the TRPs.

All the name calling and abuses, seldom tolerated in civilized democracies, goes unchecked. ‘Secular parties’ have hit rock bottom by describing the prime minister as a ‘dacoit,’ ‘terrorist,’ ‘Hitler,’ ‘Yamraj,’ ‘Ravaan,’ etc., in an abject mockery of democratic norms. Some of the fanatical mullahs have crossed all limits by issuing dire threats against his person, in gross violation of laws. Far from holding them accountable, these parities meekly acquiesce in their acts of rampant bigotry. They also have no reservations in invoking the beast of caste sentiments, all the while legitimizing it in the name of social justice and empowerment.

Political parties of all shades have no vision or a blueprint to offer, stuck as they are in a groove of non performance and blame game, but will do everything to stay in power. The organization that swears by the name of Lohia has allied with the country’s oldest party, discredited over the years by acting against national interests, besides gagging the press and throwing thousands into prison during the black Emergency years. The anointed inheritor of its mantle has neither the maturity nor the sagacity to lead a party, but is notorious for making sweeping allegations and virtually sounding the death knell of his party.

Both the media and ‘secular politicians’ brazenly feed off each other and must bear the responsibility of contributing to a more volatile and murkier atmosphere, a fertile ground and hatchery for ISI conspiracies…

TV news channels may take pains to project themselves as exemplars of free speech and zealous guardians of the truth. But in the name of playing up national sentiments and exposing those behind vile anti-India slogans, in ‘prestigious’ universities of Delhi, are they not doing the Devil’s work by inviting Jihadi sympathizers, disgraced politicians, faux liberals and secular fundamentalists, to promote their hate filled agenda. Certainly, arch foe Pakistan must be having the last laugh at our follies, when a microscopic but important segment of our citizenry is facilitating Islamabad’s work so smoothly across the board.

The despicable posturing and brazen spin doctoring of what can be collectively described as the Hate Brigade, also comes through in demonizing the Indian Army and nationalists of every hue, especially against the backdrop of elections in the politically most significant state, that is UP. Most unfortunately, news channels have turned themselves into an appendage of the proliferating breed of so called ‘secular politicians.’ It includes some of the scam accused and those with criminal antecedents, but who act and speak as if they were the embodiment of virtue.

Both the media and ‘secular politicians’ brazenly feed off each other and must bear the responsibility of contributing to a more volatile and murkier atmosphere, a fertile ground and hatchery for ISI conspiracies, separatist sentiments and dismember India movements. Remember the bogus church attacks and the question of intolerance being raised during the elections in Delhi and Bihar, respectively, in the not too distant past. The media made a mountain out of a molehill regarding the six attacks on churches, insinuating that the ‘saffronites’ were behind them. Short circuits and accidental acts were construed as attacks on churches.

Acrimonious debates on alleged acts of intolerance and the melodramatic award wapasi broke just around the Bihar elections. Certain Bollywood actors, faux intellectuals and the Aman Ki Aasha hypocrites went into hyper-drive with their breast beating and allegations. Where were they when Taslima Nasreen was being hounded out of Kolkata by the Mullah-left combine or when Gen GD Bakshi and Tariq Fatah were prevented from addressing a seminar in Balochistan in the same city, recently? Or when Tariq was manhandled by Islamic fanatics at the Urdu Jashn-e-Rekhta fest in Delhi, just as Shazia Ilmi was prevented from speaking at a Triple Talaq seminar at Jamia? And currently, the offensive slogans on Azadi of Kashmir and Bastar have surfaced during the current polls in UP.

If the CM of a state can be so ignorant about basic facts, then what are his credentials to govern? His statement amounts to giving the global epicentre of terror that is Pakistan, a clean chit.

Coming back to UP, what was the point of its chief minister’s ridiculing the Prime Minister’s statement on March 3, about the ISI role in Kanpur rail sabotage, when Shamshul Huda, nabbed by Nepal police, had provided enough evidence of its complicity. If the CM of a state can be so ignorant about basic facts, then what are his credentials to govern? His statement amounts to giving the global epicentre of terror that is Pakistan, a clean chit.

Despite branding himself as progressive and a person of integrity, has the CM not campaigned for a mining scam tainted minister, contesting from Amethi as the party candidate? The minister, surprisingly a BPL cardholder until 2012, who has amassed huge wealth, remains at large even after being booked for involvement in a heinous crime like gang rape, after the Apex Court’s intervention. Is the dispensation not sending out an unmistakable message that vote bank considerations alone override every legal factor?

What more should one expect from an inept constabulary that is itself the product of brazen identity politics. Tens of thousands of youths from a particular caste have been inducted by the government into the state’s police force, because they share a common ethnic background. Only to be hyped as a ‘laudable venture’ to reduce unemployment. The ruling party, which never conceals its regressive stand on women and is supremely unconcerned about public safety, thoroughly discredits itself when it solicits votes in the name of development.

Could have anything been more infuriating or in bad taste than the same face staring at you from full front page ads, day after day after day, making boastful claims. These ads are repeated on double and even triple front pages of the same newspaper on a single day, marking a new low in publicity. The lop-sided priorities of the government becomes apparent when notorious criminals and hate mongers remain untouched but the police moves heaven and earth to trace the lost buffaloes of a minister.

The Agra-Noida Expressway, hailed as the pinnacle of development, has become a veritable death trap, causing thousands of accidents ever since its inauguration. In 2015, it claimed as many as 1,585 lives.

The major ‘achievements’ repetitively touted by the government include the Yamuna Expressway, Lucknow Metro, women’s pension and the Gomti riverfront, among others. Nothing could have been more harebrained than the cycle tracks, with electric poles, trees and other obstructions standing in their path, an open invitation to squatters and vendors. There are no takers for this white elephant, which is being dismissed as an expensive joke. Serious doubts have also been voiced about the implementation of pensions for women.

Itinerant columnists from Lutyens’ Delhi often erroneously report how smooth and well constructed the city roads are, based on their impressions of a particular locality, after a visit organized by the state’s PR wing. Most of the roads in the city are actually in a very bad shape, but nobody writes about them. The Agra-Noida Expressway, hailed as the pinnacle of development, has become a veritable death trap, causing thousands of accidents ever since its inauguration. In 2015, it claimed as many as 1,585 lives.

The construction of Lucknow Metro has vivisected every major road in the city, severely disrupting the flow of vehicular movement. The excruciatingly slow pace of its execution has compounded the residents’ woes. Most of the auto operators, e-rickshaws and vendors park haphazardly, or stop smack in the middle of the already truncated road, waiting for passengers. The media blithely overlooks the resulting traffic bottlenecks and the possibility of more accidents. Yet none of them can be taken to task because they comprise huge vote banks.

One wonders why the government has done nothing to clean up the river during its full tenure, when it had all the resources at its disposal.

Even otherwise, the situation has been allowed to deteriorate to such an extent that a road trip usually lasting five minutes might take a couple of hours. Huge crowds of agitators and dharna holders block the way during the season of protests, causing massive jams. The Gomti also reminds you of a broad sewer snaking its way through the city, thrown into relief by the ‘riverfront’ still under construction. One wonders why the government has done nothing to clean up the river during its full tenure, when it had all the resources at its disposal. If this is the condition in the state capital, what would it be in other cities and the hinterlands can well be imagined.

Another party which claims to represent the downtrodden is led by a former CM who has frittered away thousands of crores of taxpayers’ money in building huge monuments with little or no utility, when it could have been better utilized in providing better healthcare and drinking water. She had even chartered an aircraft during her tenure to fetch a pair of shoes from Mumbai, which made big headlines for sheer extravagance and love of lavish living. Yet she claims to be a role model for the millions of dalits. Her brother has also received an Enforcement Directorate notice for Rs 104 crore deposited into his account during the demonetisation drive. Could politics be any murkier in a state?

2 thoughts on “Politics bares its ugly fangs in UP”