Playing with the Officer Cadre 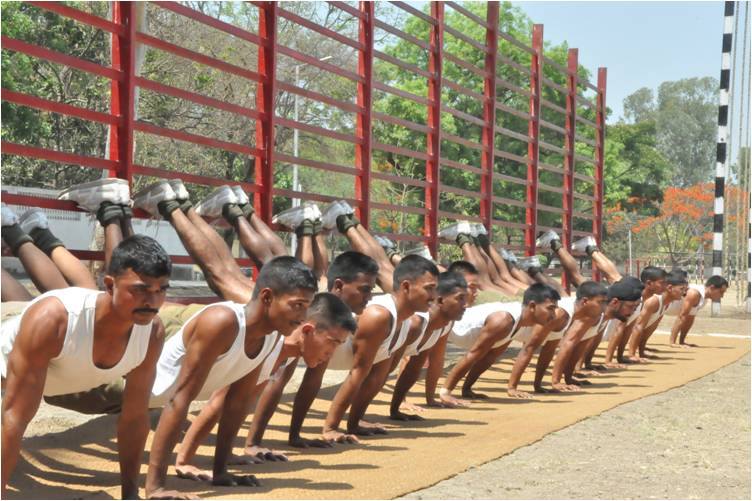 A recent press report stated that the army is considering directly recruiting JCOs to fill vacancies in the officer cadre. They will be eligible for promotion upto the rank of Colonels. To assuage the fear of the current rank and file, the report stated that there would be no impact on existing vacancies for JCOs.[i]This is presumed to be another attempt at reducing officer shortfalls at grassroot levels. A JCO entry already exists, though undersubscribed, termed as Special Commission Officers, in which suitable JCOs, who clear the SSB are granted commission and serve as officers till retirement.

A few months ago, there were reports of the army contemplating a new scheme termed as ‘Tour of Duty’.[ii] This envisaged opening doors to those seeking to join the army for a short stint of three years. The army projected this as an opportunity for India’s youth to experience military life without having to join the armed forces for a prolonged period. It was expected to be opened for all ranks and being billed as another solution for reducing officer vacancies at unit levels.[iii]

There have been multiple attempts to change service conditions for the Short Service Cadre (SSC), also termed as the support cadre, to seemingly make it more    attractive.[iv]These changes have, on the contrary, damaged the SSC and it is the most undersubscribed entry scheme.[v]The main reason is those not granted permanent commission leave with 10 to 14 years’ service, at ages varying between 35-40. This adds to uncertainty and vulnerability at a time when the individual has additional family responsibilities. Had it been maintained at five-year service, as earlier, it may still have been attractive as an individual leaves at an early age and can settle in an alternate career.

Most recruitment plans under consideration for the officer cadre cater to two essential aspects. The first is reduce shortfalls in the cadre, mainly at the grassroot levels, and the second is to curtail the pension bill. The third, which is a fallout of the first two, is to enhance promotional avenues for the permanent cadre, which due to pyramidical structures, results in large wastages at every selection rank. Promotional avenues can only be enhanced in case percentages of the support cadre are increased viz-a-viz the permanent cadre. Currently, the ratio of permanent to SSC is 4:1, whereas it should have been 1:1.1.[vi]  However, it is easier said than done.

The ‘Tour of Duty’, also under discussion, was intended to meet both major goals as stated above. The total period involved including training is likely to be four years or more. A major drawback is whether the corporate would accept individuals after their being away for four years or more. Finally, at the end of his service, he may be given a small lumpsum, but no other benefits including ESM status and ECHS facilities as accruing to SSC officers. Would this be acceptable? An alternative option could have been reverting the SSC to five years and beyond, by choice, while dropping the tour of duty concept.

The under consideration direct entry JCO’s has its own drawbacks. Army rules and regulations lay down charter of duties for each rank and the same would continue being followed during formative years of the individual in service. There are chances of friction between direct entry JCO’s and those who have risen to these ranks through blood, sweat and tears. By the time, the JCO comes to officer ranks, he would no longer be young. Secondly, the pension bill would not reduce. Thirdly, if selection criteria for direct entry JCO’s are similar as that of Direct Entry (DE) or SSC, involving a UPSC conducted written exam, SSB and medical,[vii] then why would anyone choose this entry.

Each of the above options are intended to hit in the dark, without conducting a holistic assessment of recruiting pattern, rejection rates and service conditions.

The maximum numbers who apply to join the forces are at the NDA and the Technical Entry 10+2 Scheme (TES), when they have finished school and have to determine a career option. As per reports, around four Lakhs appear for the NDA exam each year, of which 6000 are called for the SSB.[viii] The cut offs for the TES entry vary between 80 to 87% in CBSE exams.[ix] Shortfalls in training institutes, if any, are due to high rejections at the SSB.

In a discussion with those involved in obtaining government sanction for the TES scheme, it came to light that it was initially projected and approved by the government as an SSC scheme. It was the army which subsequently revisited the sanction claiming it would not be cost effective. Accepting it as a short service scheme would have opened doors for similar schemes to draw in youth at an early age into the forces. All could be put through graduation. Alternate academies, either at Gaya or elsewhere, could cater for any overflow of candidates at 10+2 level.

High rejection rates at the SSB can be offset by reassessing the pattern of UPSC conducted written exams, which is the basis for SSBs. Mere academics, on which the UPSC concentrates, is not the forces need of the hour, as compared to civil services. More important is suitability. A part of the entrance exam could include psychological tests to determine suitability and trainability. These exist globally and are conducted by the private sector.[x] These can be developed by DIPR.

The intention of the written exam must be to select eligible candidates for the SSB. No written exams are conducted for those seeking to join TES and as Technical graduates.

Another stumbling block is the period of service for permanent commission entries. While some are released prematurely on a case-by-case basis, the existing restrictions have acted as a damper. This has been imposed based on unrealistic cost of training. In the US, an officer can resign after 5 years of service,[xi] as that has been considered paying back the cost of training, while in the UK it is four.[xii] Within India, There are no restrictions on resignations within civil services, where the training period is two years, unless the individual has undertaken study leave or attended a course at government cost. Ideally a minimum five-year service restriction must be placed for all joining as officers. Only those seeking the armed forces as a career must continue.

Service HQs need to re-study the initial processing of the TES entry scheme, prior to its service conditions being changed, and seek to process similar entries. Simultaneously, written exams conducted by the UPSC needs reassessment. The mantra must be, ‘catch them young.’ With an open-door exit policy, post five years’ service, there would be better satisfaction levels as only those who desire the army as a career would remain. It would also create the right permanent versus SSC ratio. By recruiting large numbers post schooling, the need to resort to adhoc measures like ‘Tour of Duty’ and JCO entry would not be felt.