is a Professor in the Center for Indo-Pacific Studies, Jawaharlal Nehru University. She can be reached at: editor@spsindia.in 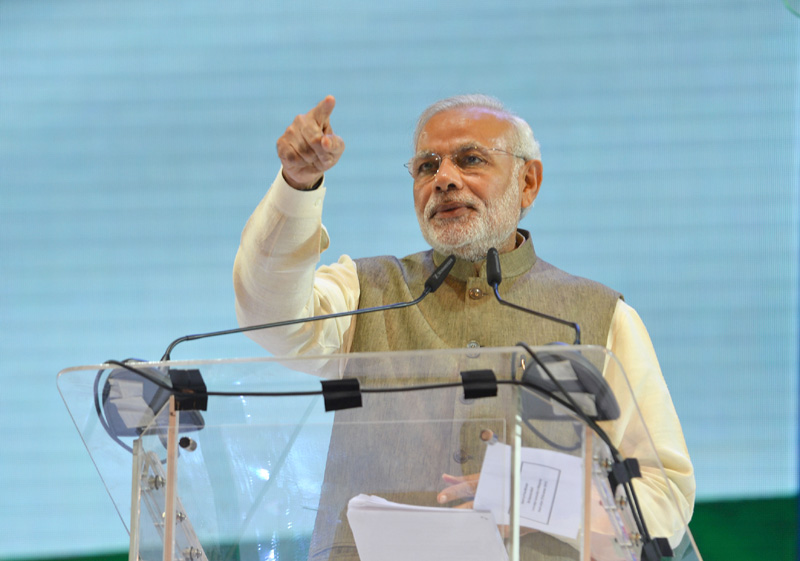 Prime Minster Narendra Modi’s four-day visit to Malaysia and Singapore is a vital part of the continuing emphasis given to India’s Act East Policy. In November 2014, during the India-ASEAN Summit and the East Asia Summit at Naypyitaw, with Myanmar as the ASEAN chair, Modi laid emphasis to the fact that the Look East Policy would be rechristened as the Act East Policy. This shift seemed to endorse a more action oriented approach to India’s growing interaction with the ASEAN (Association of Southeast Asian Nations) region. Of primary significance in this context was the need to balance India’s foreign policy with the wider Asia-Pacific region to converge with the development focus given to the domestic policies of the current government.

One of the possible areas where more emphasis will be placed in the years to come is in the realm of defence industry where India and Singapore are exploring options for co-production and co-development.

In keeping with this, the focus of Prime Minister Modi’s visit has been on two parallels – first, is the emphasis given to the bilateral ties with both Malaysia and Singapore, which have been key partners in pushing for India’s deeper engagement with the ASEAN countries. Second, is the significance accorded to multilateral institutional processes; the East Asia Summit, in which India has been a member since 2005. This reiterates the continuing focus that India will give to its role in regional multilateral frameworks.

In the context of bilateral ties, the visit to both Malaysia and Singapore are critical. In Malaysia the stress was on issues relating to culture and cooperation along some areas of convergence. The unveiling of the statue of Swami Vivekananda laid emphasis on the cultural links. Prime Minister Modi’s reference to Vivekananda’s stress on One Asia finds resonance in the current theme of the East Asia Summit which was based on the premise of `Our people, Our Community and Our Vision’, highlighting the move towards achieving the ASEAN Community.

Cultural exchange programmes were also initiated for a period of five years from 2015-2020. Added to this, cooperation is to be enhanced along areas of cyber security, in performance delivery and management (PEMANDU), which will address issues where administrative delays have occurred and ensuring focus on issues of governance. A key area is the boosting of investments to complement the `Make in India’ initiative. Drawing investments, particularly in the Smart City initiative is one key area that will be critical for the Modi government. On the defence cooperation front the key was once again on maritime issues and disaster management.

Following this the visit to Singapore led to the Strategic Partnership Agreement with Singapore under which 10 agreements were inked. Moving towards a Strategic Partnership with Singapore broadens the scope of the relations along several other areas of cooperation. One of the key areas in this regard is the bolstering of the defence cooperation agreement, which includes joint exercises between the forces of the Indian and Singapore military personnel. It also looks at increasing the dialogue between their defence ministers. One of the possible areas where more emphasis will be placed in the years to come is in the realm of defence industry where the two countries are exploring options for co-production and co-development.

…the EAS highlighted the tensions in the South China Sea arising from the assertions of claimant countries over territorial issues.

This again fits into the agenda of `Make in India’, contributing critically to this plank of the Modi government.  In the same context the issues relating to skill development have been a core area in which India and Singapore will look towards greater collaboration. One of the critical focus areas will be the development of Amaravati, the new capital of Andhra Pradesh which is seeking large investments from Singapore to develop its infrastructure capabilities.

Second focus of Prime Minister Modi’s visit was the East Asia Summit itself. The recently concluded 10th East Asia Summit held at Kuala Lumpur is a watershed in the evolution of the regional grouping that brings the key players in the region together under one umbrella.

The East Asia Summit draws its origins from the ASEAN plus Three (East Asia) initiative which originally began as a macro-economic risk management group in the aftermath of the Asian Financial Crisis of 1997. However, with the inclusion of key players across the Asia-Pacific region, the initial vision of the East Asia Summit has expanded, making it one of the core groupings among the institutional mechanisms in the wider region.

Two key areas of focus in this years’ summit relates to the issue of terrorism and territorial disputes over maritime extents. The November 13 terrorist attack in Paris was an issue over which the members of the EAS converged, stating that the response has to be coordinated to address the increasing threats from groups like the ISIS. Added to this, the humanitarian crisis from movement of refugees was a critical note for all the members. Further the EAS also highlighted the tensions in the South China Sea arising from the assertions of claimant countries over territorial issues.

In this context, the Chinese Foreign Minister Wang Yi stated that China’s building of artificial islands in the contested sea was not to be seen as a threat, but as a provision to assist in humanitarian and public goods. This explanation did not go down well with other smaller claimants in the region given that the threat perceptions across the region from Chinese assertions in the South China Sea were contributing to regional tensions.

India’s position relating to this is valid in that it supported the right of Freedom of Navigation and reiterated its support to settling disputes through the use of the United Nations Convention on the Law of the Seas (UNCLOS). India’s recent settlement of its maritime dispute with Bangladesh is a case in point which is critical and can offer a useful modus operandi for the settlement of maritime claims elsewhere. This standpoint by India also increases the leverage it has with its ASEAN neighbours and is indicative of the expanded interest that India seeks in the regional dynamics that are currently in place.