Maqbool Bhat: Pakistan’s perfidy and a lost cause 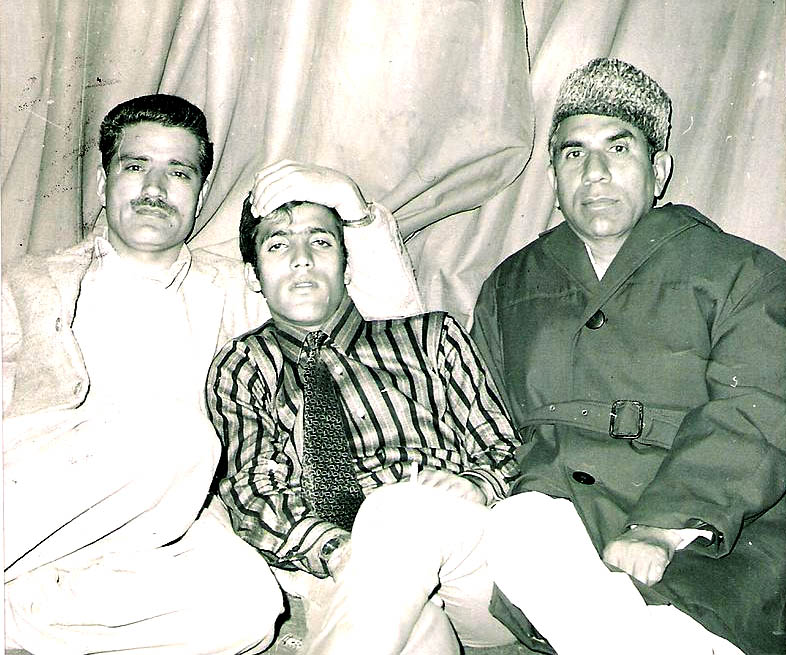 Maqbool Bhat a resident of Trehgam in Kupwara District of Kashmir was hanged to death in Tihar Jail on 11 Feb 1984 on charges of committing a double murder.

Bhat entered the political arena of Kashmir with an ideology of Jammu and Kashmir existing as an independent state. To further his political agenda he founded the Jammu Kashmir Liberation Front (JKLF) along with his friend, Hashim Qureshi and others.

Being young and impressionable, he came under the devious spell of Pakistan. He and his friends generated anti-India propaganda and committed a number of crimes, including hijacking and murder. They were too young to realise that Pakistan had no love lost for Kashmir or its people; its objective was to use the state as a tool to disintegrate India and seize its rivers.

As Maqbool Bhat spoke more and more about an independent Kashmir, free from both India and Pakistan, he became persona non grata for the Pakistani military establishment. He publicly stated that the military rulers of Pakistan had never supported the peoples’ armed struggle in Kashmir for which reason he and his comrades became the target of brutal torture and humiliation. He was forced to flee from Pakistan Occupied Kashmir (POK) back to Jammu and Kashmir where he was arrested for his crimes, tried as per law and sentenced to death.

The ensuing events over the years have clearly established the errors in his ideology and the means adopted to fructify the same.

His first mistake was to opt for the path of violence as an instrument to realise his political goals. He also erred by not understanding the benefits that his people would accrue by aligning themselves with democratic tenets of the Indian nation. The biggest mistake, however, was his reliance on Pakistan for support.

Towards the end of his life he realised his mistakes. Sadly, by that time, it was too late for him to make amends.

The folly of Maqbool Bhat’s misguided policies dawned on the people of Kashmir; the ideology of moderation and democracy, slowly but steadily, established ascendancy over extremist fundamentalism.  A shining example of the change is the enthusiasm with which young boys of Kashmir come forward in thousands for recruitment in the army despite open threats from the militants to stay away from recruitment rallies.

Extremist idealism has made way for an overwhelming urge to enjoy the fruits of democracy in terms of peace, prosperity, progress and development.  Hard line political postures are being replaced by political expediency to meet the aspirations of the people for a better quality of life. Separatist organisations like the Hurriyat are facing a potent threat of being politically marginalised.

Unfortunately, the approach adopted by Maqbool Bhat was wrong and he became instrumental in guiding his own family members and a host of young, impressionable and misinformed young boys towards a path which gave them nothing but hardship, disruption and finally death.

Maqbool Bhat’s immediate family is fighting a hard battle for survival in POK. His son Showkat Maqbool Bhat is politically active. The family floated a political party, the Jammu and Kashmir National Liberation Front (JKNLF).  Later on it was changed to Jammu Kashmir National Liberation Council. The party holds regular demonstrations to highlight the glaring human rights violations being faced by the people of POK and Gilgit-Baltistan at the hands of the oppressive Pakistani regime, especially the Pakistan Army.

Showkat has, on many occasions, been arrested in Muzaffarabad in POK for leading peace marches to the UN office to highlight the sad plight of the people of POK and Gilgit-Baltistan.

Showkat has also been speaking against the use of POK for infiltration of terrorists into Kashmir. He highlights the insecurity that the people of POK feel with the barbarian Jihadis roaming across their land as they await their turn for infiltration. Also, the artillery shelling that is carried out to facilitate infiltration elicits a massive response from the Indian side which causes great damage and loss of life and property to the villagers who reside along the Line of Control.

“The fighters (terrorists) are there and they are regularly crossing into India. The local people are very scared – they believe the [terrorist] crossings are going to restart artillery exchanges between the Pakistani and Indian Armies,” said Showkat in an interview to BBC.

Maqbool Bhat’s old associate, Hashim Qureshi, who hijacked an Indian Airlines Fokker Friendship plane from Srinagar to Lahore in 1971, after 30 years in exile in Holland, returned to India and onwards to Kashmir in 2000 and entered the political arena. He has admitted that the hijacking of the aircraft Ganga was a mistake and has expressed his support for electoral politics with a clearly non-violent agenda.

In his recent interviews Hashim Qureshi has lambasted the Government of Pakistan for its brutal practices in POK. “It is not shocking for me because I’ve been through the atrocities and the people are still going through them. Pakistan only talks about issues which are prevalent in Indian part of Kashmir. Pakistani security forces are no better than the British colonialists,” said Qureshi in an interview. He also praised India for its efforts to obtain and retain Kashmir in a democratic way.

The children of the so called Baba-e-Quam, as the separatist leaders of Kashmir address Maqbool Bhat, are today leading the outcry against what has been done to their homeland by the many Jihadi organisations and the large number of terrorists who form their cadre; by the Pakistan Army and its notorious Inter Services intelligence (ISI) and the apathetic Government of Pakistan.

Those who have made millions by politically exploiting Maqbool Bhat’s death have not stopped attempting to do so by reviving his memory to their advantage. However, after achieving their objective they relegate him back to the shadows of his failed cause. They have made no attempt to ameliorate the emotional suffering of the family of their leader for whom they profess undying respect and loyalty.

It is vital for the people of Kashmir to take note of this development and ensure that their young boys do not become prey to Pakistan’s vicious propaganda and take the path chosen by Maqbool Bhat which led to his death and plunged his family into the depths of misery for no reason whatsoever.

One thought on “Maqbool Bhat: Pakistan’s perfidy and a lost cause”