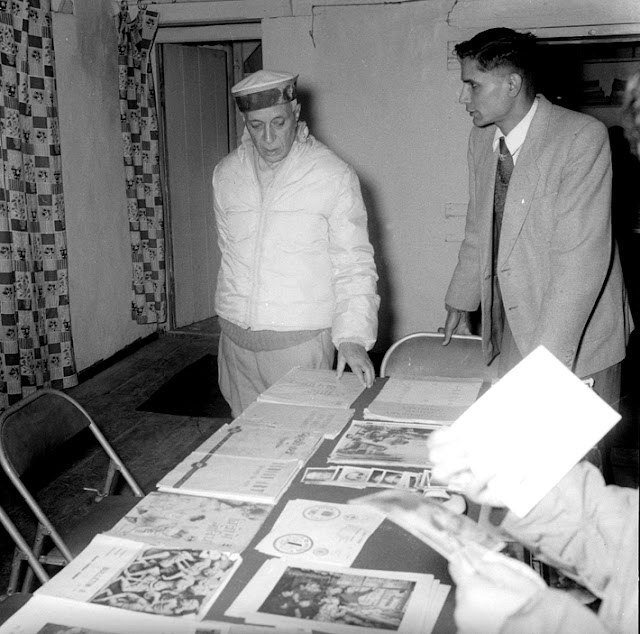 This morning, one of the pioneers of the Indian Frontier Administrative Service (IFAS) passed away.

It perhaps marks the end of an era.

KC Johorey, who later joined the IAS and became Chief Secretary in Goa, was one of the first to join the IFAS in 1954.

He started his career in the Indian Army (Corps of Engineers), but one day, he decided to jump into the newly-created IFAS. It was quite an adventure.

In an interview, he remembered that Prime Minister Nehru personally briefed the officers who had been selected to administer India’s frontiers: “The staff must go along with the flag and the typewriters can follow later on. That is it, physically and literally,” recalled Johorey, who provided some details about the first days of the Service: “We had all met in Delhi [the first batch of 14 officers] and received some training there.”

Then, the batch proceeded to Shillong where they were briefed by the Governor, the Chief Minister of Assam and various Heads of the Department: “We learnt the law and the local trait of each tribe; not that we learnt their languages in 14 days.” And that was it.

They were then ordered to join duty in their respective posts. Johorey and his colleagues, Captain U. Chakma and Lt Col Rashid Yusuf Ali (the senior-most of the three) had no alternative, but to take their assignment by air: “We landed at Rowria airfield in Jorhat [Assam] and we waited. We could not walk to Along [today Aalo], there were no roads. The Brahmaputra River had eroded the banks and damaged all the approaches. There was no bridge on the Brahmaputra at that time and you could not even go by ferry boat to Pasighat,” he recalled.

He elaborated: “Along had a very small hastily levelled air-strip. So, we waited in Jorhat for 14 days. Every day we used to go to the airfield, wait for the dense clouds to disappear and come back [due to bad weather]. This happened for 14 days. One fine morning, the dashing pilot of the Indian Air Force told us: ‘Let us board and take off quickly for Along’. ”

Yusuf Ali, U. Chakma and Johorey had been given the charge to ‘administrate’ the Siang Frontier Division with Along as a base. Later, a doctor was appointed and joined the 3 officers. Johorey liked to evoke his first days in Siang: there were two houses, one for the burra sahib, and behind another smaller hut: “The houses were really huts made of bamboos, palm leaves and canes. Even the tables and the beds were of bamboos. There were no mattresses, no electricity and no furniture. The houses were very clean and airy. That was all,” says Johorey.

As for the food, they depended on the airdrop; the small airfield was used as a Dropping Zone. It is how the IFAS started. All the IFAS officers interviewed by me, like Johorey or Brigadier (Justice) DM Sen, the first Judge Advocate General of India, who lived till 100 years, had fond memories of their days in NEFA; they all had similar stories to tell. Earlier, officers had been headquartered in Dibrugarh or Pasighat and they only occasionally visited Along (not to speak of the more remote parts of the Siang Frontier Division today under Upper Siang, and West Siang districts of Arunachal).

Pasighat was then a five-day journey by mule track: “Usually we arrived on the fifth or sixth day”, said Johorey, who added: “we kept on meeting the people to know their problems, aspirations and expectations.” After a couple of weeks, having ‘comfortably’ settled at the ‘headquarters’, they started travelling to remote villages: “Some of the villages were very new and no administration had ever gone there. They had never seen a coin. They had no medicines.”

The new administrators had a small protective escort of the Assam Rifles; in each NEFA district headquarters, the paramilitary force, then under the Ministry of External Affairs, had the responsibility to guard the government treasuries.  Johorey went on with his fascinating narration: “We continued travelling and meeting people. They used to come with their personal problems and legal cases including land disputes. [For example] somebody had violated the tribal code which had the sanctity of law or violated the rules; and there were simple cases. Then, there was the distribution of salt.” Earlier the tribal population had to walk for weeks to reach Tibet to get salt; sometimes, tribals visited plains of Assam to barter goods. Such were the early days of the IFAS.

At the end of the 1950s, KC Johorey was posted as Indian Trade Agent in Yatung. It had the privilege to receive the Prime Minister when the latter crossed over the Chumbi Valley on his way to Bhutan. Nehru spent two nights in the Indian Residence in Yatung.