Japan’s Defence Spending at a Crossroads 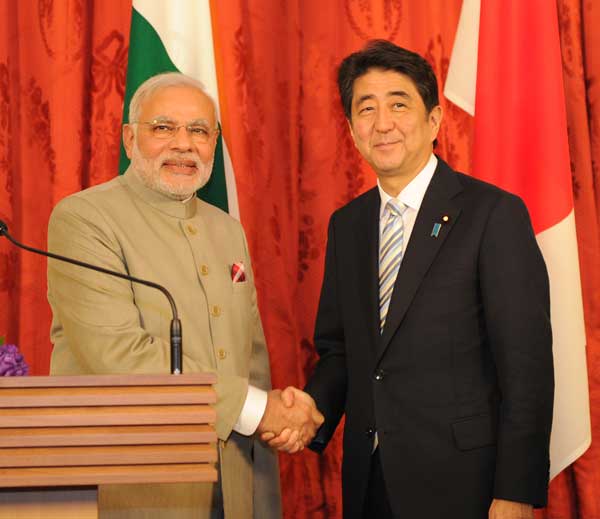 Prime Minister Shinzo Abe has never made a secret of his views on the future security role of Japan in Asia. On many occasions he has articulated that Japan should take up greater responsibilities in its own defence sphere. The fact that he is now enjoying overwhelming political strength in the Japanese Diet as well as popular support as reflected in several recent opinion polls gives him a good opportunity to translate many of his ideas into concrete action. For instance, he has taken several far reaching measures to revamp Japan’s security ever since he came back to power in December 2012.

Since 2010, China has intensified its maritime activities in both East and South China Seas and its ships are encroaching on the Japanese territorial waters in and around the Senkaku Islands.

First, Mr. Abe established the National Security Council as a key institution in the security affairs and followed it up  by formulating the National Security Strategy (NSS)   for the first time in the post-war Japan. The main objective of the NSS is to provide a detailed outline of the security challenges confronting Japan and to make suggestions for possible responses. The Abe government also simultaneously published the National Defence Policy Guidelines (NDPG) and the Mid- Term Defence Programme for the five years starting from 2013.

The NDPG was first formulated in 1976 in the midst of the cold war and has been revised four times since then. The second NDPG was issued only in 1995 following the end of the cold war. Subsequently, two more NDPGs were formulated in 2004 and 2010. One important aspect of the NDPGs of 2004 and 2010 is that when they were formulated Japan’s defence spending was declining continuously for ten years from 2003 onwards. The present NDPG, the fifth one to be formulated, was issued in 2013 by Prime Minister Abe. But the formulation of the 2013 NDPG was followed by an increase in the defence spending. The Mid-Term Defence Programme which was prepared along with the NDPG envisaged an augmented defence spending for the period 2013-18.

One is still not sure whether Prime Minister Abe will be inclined to let the defence budget cross the self-imposed limit of 1 per cent of the GNP. Successive Japanese governments have stuck to this limit; however, only once in the 1980s Prime Minister Yasuhiro Nakasone crossed the Rubicon. But considering the ‘extraordinarily grave’ security situation in East Asia, Prime Minister Abe may feel impelled to do so. Japanese Defence Minister Gen Nakatani explained it thus: “The situation around Japan is changing. The level of defence spending reflects the amount necessary to protect Japan’s air, sea, and land and guard the lives and property of our citizens.”

What really concerns them is that Mr Abe will not be able to significantly enhance the military capabilities of Japan if he still continues to keep his military budget under 1% of the GNP.

The expanded defence budget for 2015-16  has been used to buy twenty P-1 patrol airplanes and an E-2D early warning plane. A heavy amount has also been allotted for the introduction of Global Hawk reconnaissance drones.

Since 2010, China has intensified its maritime activities in both East and South China Seas and its ships are encroaching on the Japanese territorial waters in and around the Senkaku Islands. In the current NDPG, Japan has attached utmost urgency to the need for taking measures to safeguard the Senkaku Islands. It will purchase six F-35 stealth fighter jets, five V-22 Osprey aircraft and thirty AAV-7 amphibious vehicles.

Mr Abe is also making all efforts to strengthen the alliance framework with the US and will soon undertake legislative measures to operationalise the exercise of the right to collective self-defence which will involve obligations on the part of Japan to defend its allies under armed attacks.

Lastly, while Japan’s defence spending has been increasing since 2013, many strategic experts still feel that the volume of increase is not adequate enough. What really concerns them is that Mr Abe will not be able to significantly enhance the military capabilities of Japan if he still continues to keep his military budget under 1% of the GNP. As things stand now, they complain, China’s military spending is three times more than Japan’s. They also point out that as long as Japan’s capabilities remain constrained by its own self-imposed restrictions, its dependence on the US will continue in the coming years too.

2 thoughts on “Japan’s Defence Spending at a Crossroads”