Japan in Central Asia: A friend India can count on

is an Independent Research Analyst based in New Delhi. She works in science diplomacy and researches on networks, borders and boundaries in Central Asia. She can be reached at: sdaultrey@cogencyresearch.com

A visit to Central Asia by Prime Minister of Japan, Shinzo Abe, October 22-28 is the latest in a series of tours there by the world’s political leaders and Japan’s first since 2006.

Accompanied by representatives of 50 Japanese banks, companies and universities, among them Inpex (already an investor in the region), Mitsubishi (bidding for gas field contracts in Turkmenistan) and Toshiba (competing with Rosatom for construction of a $3.7 billion, 1 gigawatt nuclear plant in Kazakhstan, operational by 2024), Japan is seeking investments of up to two trillion yen ($16 billion) that are expected to bring profits of up to 30 trillion yen in the next five years.

In Astana, on the final stop of his tour, Prime Minister Abe underlined Japan’s commitment to provide public funding to encourage private sector investment, improve infrastructure and develop human capital throughout the region.

Prime Minister Abe’s first stop was Turkmenistan, where gas reserves are particularly attractive to investors, including Japan and India.  Japan is an investor in infrastructure. India is a hungry customer for natural gas. Turkmenistan produces about 70 billion cubic metres (bcm) of natural gas per year and its lead customer has traditionally been Russia, recently replaced by China, which now imports about 35 bcm per year.

India is the world’s fourth largest customer for energy (after the US, China and Russia, importing 80% of its crude oil and 25% of its natural gas requirements), and Central Asia is among the supply regions that India needs to sustain for domestic growth and build its infrastructure. To do this, India needs ports and pipelines at home and abroad, requiring cooperation with countries near and far.

Among the proposed routes to tap Central Asia’s hydrocarbons is the Turkmenistan-Afghanistan-Pakistan-India pipeline (TAPI), expected to have an annual capacity of 33 bcm drawing gas from Galkynysh (the world’s second largest known natural gas field) to South Asia. First formulated in October 1997 as the Central Asia Gas Pipeline consortium, TAPI has remained on the planning table for almost 20 years.

An Asian Development Bank (ADB) feasibility study in October 2014 concluded construction could start by 2018. A construction agreement signed in December 2010 by the leaders of Turkmenistan, Afghanistan, Pakistan and India and purchase agreements signed May 2012 with India and Pakistan promised supply of up to 34 bcm natural gas per year.

India lost enthusiasm for the IPI when China stepped in to construct Pakistan’s section, and was persuaded to exit the project altogether in 2009 as a footnote to the 2008 US-India Civil Nuclear Agreement.

An alternative, the Turkmenistan-Iran-India (TII) project was among those discussed during Prime Minister Narendra Modi’s tour of Central Asia in July 2015. The lifting of sanctions on Iran in the same month was seen as promising for deals such as TAPI and TII.

The concurrent launch of the Asian Infrastructure Investment Bank (led by China and drawing 75% of its initial capital from the region, with China holding 26% of votes, India 7.5%); and India’s entry into the Shanghai Cooperation Organisation (SCO) have provided further opportunities for India to utilise its regional position and memberships to activate pipeline projects that have languished too long. But cooperation, construction and supply agreements aside, there remains the question of who will provide the deep know-how required for building secure pipelines.

In August 2015, Turkmenistan announced it had selected its own Turkmengaz to lead TAPI, starting construction in December 2015. Earlier candidates for the leadership role had included ExxonMobil, Chevron and Petronas: giants alongside Turkmenistan’s state-owned company, which has failed to convince many in the industry.

Japan may just fulfil the role. It has an established track record in the region: For example, Inpex holds a 7.5% stake in the North Caspian Operating Consortium, developing Kazakhstan’s difficult and expensive Kashagan field, along with Kazmunaigaz, Eni, Total, CNPC, ExxonMobil, and Shell. The Phase One development cost of Kashagan was about $46 billion.

The entourage accompanying Prime Minister Abe’s tour also included JGC Corporation, currently one of the world’s four largest specialists in LNG projects with almost a century of experience in oilfield and gas-field engineering. In addition to enviable technical credentials, Japan understands how to get things done in Central Asia. Japan lends its expertise to universities (for example in industrial automation) and the Japan International Cooperation Agency (JICA) has steadily supported projects throughout the region for the past 20 years.

Journalists generally position Japan’s visit as the latest counter to China’s growing influence in the region, motivated by a desire to access Central Asia’s natural resources (particularly uranium and natural gas) and even as broadly aligned with the US. US Secretary of State John Kerry also toured Central Asia last week, where he reminded his hosts that the US views its economic policy and foreign policy as indivisible. Kerry claimed ‘globalisation began in Central Asia’ and reaffirmed that the US wants economic integration in the region, maintaining that “if the US links Eurasia with markets in Europe, China and Russia, the world will do better”. While the US ‘New Silk Road Initiative’ has at least four agendas (energy, trade and transit, customs and border operations, connecting businesses and people), Japan has articulated no such strategy. In place of a regional agenda for Central Asia, Japan emphasises its desire for deeper investment, country-by-country. 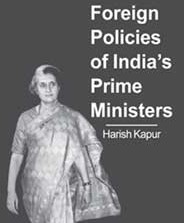 At Nazarbayev University in Kazakhstan, Prime Minister Abe mentioned the ‘Central Asia plus Japan’ dialogue which began in 2004 specifically to support regional cooperation where an issue calls for it, with Japan as a trusted “catalyst” among the parties. The next dialogue will be held in 2016 with transport and distribution as a central theme. And Japan will use science diplomacy to further technical cooperation with Kazakhstan and promote nuclear non-proliferation.

Like India, Japan has no history of imperial campaigns across Central Asia. Japan has declined to join the Asian Infrastructure Investment Bank. Neither is Japan part of SCO. Its independence from such regional clubs may enable precisely timed manoeuvres and faster investments, which could in turn benefit India’s pipeline ambitions. Japan and India both face formidable geographical barriers in their access to the resource-rich region. The geopolitical matrix is perhaps even more difficult to navigate than the hard engineering problems associated with constructing secure pipelines across challenging terrain. Japan is well-placed to negotiate both.

One thought on “Japan in Central Asia: A friend India can count on”