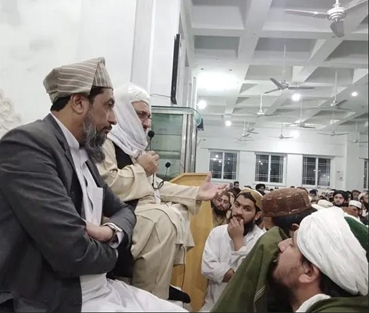 Radio Zamaneh has obtained to documents. The Taliban leadership office seeks religious permission to kill former government soldiers and employees. These documents show that the Taliban are trying to justify the punishment of soldiers and employees of the former government religiously. More than a month ago, on December 4, a meeting on the situation of Afghanistan was held in the presence of the United States with representatives from several European countries, Japan and Australia. In a joint statement, participants in the meeting expressed grave concern over the mass executions of former Afghan government troops and soldiers. The announcement came after Human Rights Watch said in a report that Taliban fighters had killed or “disappeared” more than 100 former military officers and soldiers since taking the power of Afghanistan.

Therefore, Zamaneh Media has now obtained documents. The Taliban leadership office seeks religious permission to kill former government soldiers and employees. These documents show that the Taliban are trying to justify the punishment of soldiers and employees of the former Afghan government religiously.On the evening of August 15, when the Republican government of Afghanistan collapsed, the Taliban announced a General Amnesty on that evening of the same day. At the time, the Taliban leader’s general amnesty decree was no exception, and the amnesty covered all previous government employees. However, Gradually, the Taliban’s approach changed and changed. Targeted assassinations of former soldiers intensified, even generals and commanders who had retired years ago arrested by the Taliban.

A document obtained by Zamaneh-Media shows that the Taliban leadership office has issued a decree authorizing the punishment of many former employees and soldiers. This is the document of the Taliban referendum, which has referred to some religious scholars. In this referendum, four questions have been raised and asked of the religious scholars.One of the questions is:

“Are the employees of corrupt offices who committed corruption before entering these corrupt offices punished or not? Are there any guarantees and security for them or not?”

This question was answered as follows:

“If a person has committed any crime, they will not be released from punishment based on the amnesty of the Amir al-Mu’minin. but, will be punished according to the crime they committed and will be given bail for them.”

The inquiries into which “religious scholars” issued this Permit did not reach a definitive conclusion. The former military and soldiers consider the issuance of the fatwa or (judicial decree) to be the work of the Haqqani School of Pakistan (Darul Uloom Haqqania) raised during a visit by the Taliban Minister of Higher Education in Pakistan. Abdul Baqi Haqqani, acting head of the Taliban Ministry of Higher Education, traveled to Pakistan on April 14, 2021, and then visited the Haqqani religion School on April 16.

The Haqqani School is the largest religious learning and education center in Pakistan. Most Taliban leaders have received religious instruction. Maulana Sami Al-Haq, head of the Haqqani religion School, also known as the spiritual father of the Taliban, has close ties and relations with the Afghan Taliban. He is accused of promoting extremism in northern Pakistan and Afghanistan. Sami Al-Haq had recently said that he was proud that “the students of this school are in charge of a country and each is a chief and a minister in Afghanistan.”

In the other part of the referendum letter, it stated:

Employees of corrupt offices who have committed corruption in different departments are punished after the amnesty is announced. Are there any guarantees for them?

In response to this question, it also stated that:

“These criminals will not be punished, and there will be no bail for them, but if they have public property, the goods must be taken back from them by Taliban.”

This referendum letter shows that the main issue of issuing religious Permit raised in the fourth question of the referendum:

“What is the punishment for employees of corrupt offices who have committed corruption after completing their term of duties? Do they have bail or not?”

In response to this question, religious scholars have authorized the killing of many soldiers and employees of the former Afghan government. The answer to this question is that:

“pardon of the Amir al-Mu’minin does not include into this category, and despite this declaration, they will be punished according to the crime they have committed.”

Former Afghan intelligence or (NDS) forces see the referendum as a new game by the Pakistani intelligence service (ISI) to uproot the remaining Afghan military personnel. Gen. Sayed Samar Sadat, who previously served as intelligence chief in the Khost province of Afghanistan. Says, “I think foreign intelligence intervention including Pakistan is involved in these issues in Afghanistan. They will not allow the Afghan people who are worth the tension to live in Afghanistan. They eliminate experienced political, military, and civil activists in the name of this and that by using Sharia.”

Rahmatullah Andar is another military soldier with a background in the Afghan intelligence service (NDS). He also says:

“The issuance such fatwa is mostly working of intelligence is done by using the religious ignorance of the Taliban. This is an evil fatwa or (Verdict), and it is done more to destroy the Taliban so that the world can isolate more the Taliban group.” The articles of this fatwa are being carried out purposefully by the Taliban. Recently, many soldiers, including soldiers who served in the Afghan National, National Security, and National Police, have been assassinated or arrested. So, Some were killed on the pretext of having links with the ISIS terrorist group.

Note: You can also read the Persian text of this report on” Radio Zamaneh” It is available at this link: www.b2n.ir/radiozamane.taliban

P.S. This Report Article Translated from the Persian