Is China Caught in a Quandary with Terrorism? 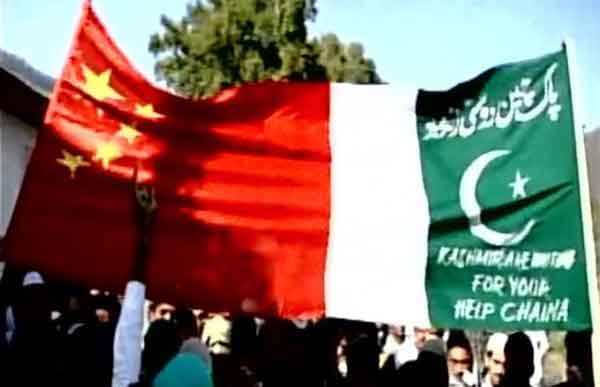 China’s State Council Information Office recently issued a White Paper titled “The Fight Against Terrorism, Extremism and Human Rights Protection in Xinjiang”.[i] This is the first white paper by China on the issue of ‘terrorism’, although centered on Xinjiang in particular. However, the irony lies in the fact that the White Paper was published at a time that coincided with China’s act of prevention of the United Nations Security Council committee from blacklisting Masood Azhar, the head of Pakistan-based militant group Jaish-e-Mohammad (JeM).

Wherein, China placed a “technical hold”[ii] on the request by the United States, Britain and France under the UNSC 1267 sanctions committee to subject Masood Azhar to an arms embargo, travel ban and asset freeze. As noted, this was fourth time in a row that Beijing acted this way. This asymmetry in China’s approach thereby, demands a query into China’s theory and practice on terrorism and counter terrorism. In doing so, the key questions remain: How does China interpret Terrorism? Is China willing to act as a responsible stakeholder in the global war to counter terrorism?

In its first ever anti-terror law passed in 2015, China defined ‘terrorism’ as “as any proposition or activity- that, by means of violence, sabotage or threat, generates social panic, undermines public security, infringes on personal and property rights, and menaces government organs and international organizations- with the aim to realise certain political and ideological purposes”.[iii]Taking a step further, the 2019 White Paper denotes it as “the common enemy of humanity, and the target of joint action by the international community”.[iv] Given this broad based understanding, the quandary lies in the very fact that China calls for a “joint action”.[v] In view of this, China’s action in the UNSC defies its own principle. That is, calling terrorism a common enemy but acting indifferent at the global level reflects the dilemma in China’s own stand.

This perplexity then makes the Chinese understanding of terrorism selective in approach. Given its own domestic concerns, the Chinese definition is mainly linked to the fight against ‘the three evil forces’ – terrorism, separatism and extremism, which has its roots in Xinjiang. For China, its interpretation of terrorism stands limited given its linkage with East Turkestan Islamic Movement (ETIM), which presents a grave security challenge for Beijing. In Chinese view, the terror lies in the “East Turkistan” forces “attempt to split and control Xinjiang and establish their state, promoted and spread the ideas of “Pan-Turkism”, “Pan-Islamism”, and violence and terrorism” and that it is doing so by “trying desperately to establish “East Turkistan” through “Jihad” (holy war)”.[vi] To note, in 2002 UN added ETIM to its list of terrorists and terrorist supporters associated with Usama bin Laden and his al-Qaida network.[vii] To which, Beijing’s counter terror measure is defined by the threat of use of force.

Is China an equal stakeholder in the fight against terrorism? To note, China’s official stand opposes “all forms of terrorism and extremism”, with a categorical mention that it “opposes double standards on fighting terrorism”.[viii] However, on the issue of Masood Azhar China’s position remains to be a double standard. This suggests that China’s fight against terror comes with conditions attached. This can be explained under two conditions: First, China officially “opposes linking terrorism and extremism with specific countries, ethnic groups or religions”. Here, the country at stake is Pakistan, to which China maintains its “all-weather friendship”. Second, China supports the United Nations in playing a leading and coordinating role in international cooperation against terrorism. However, China’s own action to withhold the Masood Azhar issue runs contrary to its support to UN interventions.

To note, although there has been no change in China’s stance over Masood Azhar, Beijing did adopt other means to express its solidarity to the issue of terrorism by raising no opposition to blacklisting of JeM as noted in the 2017 BRICS Leaders Xiamen Declaration[ix] and putting Pakistan on the Financial Action Task Force (FATF)[x] Grey List in June 2018.[xi] This Chinese behaviour also suggests that although Beijing has been Islamabad’s biggest shield but China is also acting selective in extending its blanket support to Pakistan. As its argued China’s reluctance to ‘oppose’ is mainly a signal to Pakistan to take a call against groups such as Jamaat-ul-Dawa (JuD), JeM and others. This is mainly driven by China’s own economic stake in the region under the China-Pakistan Economic Corridor, wherein security of the assets is increasingly becoming a cause of concern for China. Therefore, given these dichotomies, there is no clear direction in Chinese approach, thus, further adding to the skepticism over China’s normative behaviour.

What does this Chinese dichotomy imply? If not any other country, China’s such a position factors most in Beijing’s diplomatic calculus with India given the skepticism witnessed in Beijing’s dual policy towards New Delhi. That is, on one end, the 2019 White Paper categorically mentions the 2008 Mumbai attacks as one of the “most notorious terrorist attack” amongst others[xiv], while on the other end, China recurrently fails to acknowledge Masood Azhar as a terrorist, who is also accused of the February 2019 Pulwama attacks. This asymmetry thereby contributes to the increasing perception gap between China and India.

What further complicates the perception is China’s collaborative approach to act ‘jointly’ with India towards counter-terrorism. To say so, as China practices an annual counter-terrorism exercise with India wherein, in December 2018, the 7th Sino-India joint exercise Hand-in-Hand 2018 was held with a special focus on “tactical level operations in an international counter insurgency/ counter terrorism environment under UN mandate”.[xv] To add, in January 2019, India and China had the 8th Joint Working Group Meeting on Counter-Terrorism. Besides, China shares a consensus with India as witnessed in multilateral groupings such as BRICS Joint Working Group on Counter Terrorism[xvi] and Russia-India-China (RIC) Trilateral Meeting. For instance, in the 2019 RIC meeting which came in the aftermath of the Pulwama attack, China along with India and Russia expressed strong opposition to terrorism in “all its forms and manifestations”, as noted in the Joint Communique.[xvii]

Is it a calibrated measure practiced by China towards India? If so, then this complexity reflects that there is no clear direction in China’s own perspective both on the understanding of terrorism as well as the policy of counter terrorism. Owing to this disjuncture, however, what remains apparent is China’s dual and selective approach in calling the shots against terrorism. That is to say, for China the fight against terrorism is based on: ‘You fight your way, I fight my way’.

[4] See, “The Fight Against Terrorism, Extremism and Human Rights Protection in Xinjiang”, no. 1.

[7] See, “The Fight Against Terrorism, Extremism and Human Rights Protection in Xinjiang”, no. 1.

[8] As the Xiamen Declaration categorically states: “We, in this regard, express concern on the security situation in the region and violence caused by the Taliban, ISIL/DAISH, Al-Qaida and its affiliates including Eastern Turkistan Islamic Movement, Islamic Movement of Uzbekistan, the Haqqani network, Lashkar-e-Taiba, Jaish-e-Mohammad, TTP and Hizb ut-Tahrir”. See, BRICS Leaders Xiamen Declaration”, 04 September 2017, p. 21, URL: https://bit.ly/2vZc0Wl (Accessed on 23 March 2019).

[9] FATF is an inter-governmental body established in 1989 by the G7 group of countries. The objectives of the FATF are to set standards and promote effective implementation of legal, regulatory and operational measures for combating money laundering, terrorist financing and other related threats to the integrity of the international financial system. It comprises of 36 countries and two regional organisations. See, FATF, URL: http://www.fatf-gafi.org/home/ (Accessed on 22 March 2019).

[10] To note, China is currently the Vice President of FATF, while the chair is headed by the United States.

[15] The BRICS Joint Working Group on Counter Terrorism was formed in 2016.

[16] The Joint Communique mentions: “The Ministers strongly condemned terrorism in all its forms and manifestations. They called on the international community to strengthen UN-led global counter-terrorism cooperation by fully implementing the relevant UN Security Council (UNSC) resolutions and the Global Counter-Terrorism Strategy in accordance with the Charter of the United Nations and the principles of international law, while respecting sovereignty and independence of all states, and expeditiously finalizing and adopting the UN Comprehensive Convention on International Terrorism at the earliest. They reiterated that states and their competent agencies play a central role in both national and international counter-terrorism efforts. They also stressed that terrorist groups cannot be supported and used in political and geopolitical goals”. See, Ministry of External Affairs, Government of India (2019), “Joint Communique of the 16th Meeting of the Foreign Ministers of the Russian Federation, the Republic of India and the People’s Republic of China”, 27 February 2019, URL:  https://bit.ly/2HS91ZK  (Accessed on 23 March 2019).