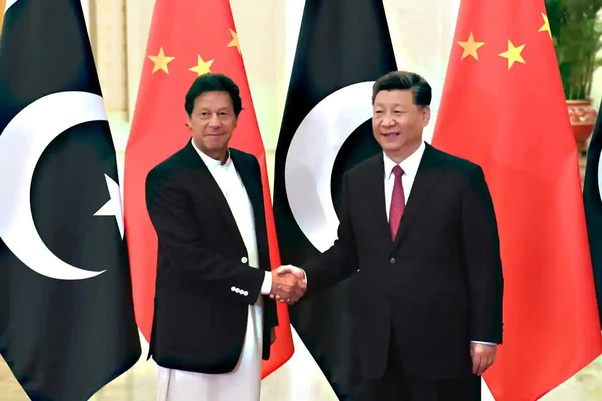 The Chinese Vice Foreign Minister, Xie Feng, speaking to his US counterpart, Wendy Sherman, last week, stated, ‘The desire to seek hegemony or territorial expansion is simply not in the Chinese DNA. And China has never coerced any country.’ He added, ‘China has never gone to others’ doorsteps to provoke trouble. Neither has China ever stretched its arm into the households of others, still less has China ever occupied any inch of other countries’ territory.’ Addressing the centenary celebrations of the CPC, Xi Jinping stated, ‘We have never bullied, oppressed, or subjugated the people of any other country, and we never will.’ Similar statements have been made by other Chinese leaders. Chinese actions and words are in vast contrast.

Chinese forays into islands of other nations in the South China Sea (SCS) including employing its coastal militia to sink unarmed fishing boats of smaller nations display its employment of power to coerce smaller states and change status of the region. Its chasing away Indonesian fishing boats off their own Natuna Islands, even beyond the SCS, illustrates their offensive approach to grab whatever territory they can. Its forays into Philippine controlled islands led to their foreign minister warning China to stay away. Chinese claims of the nine-dash-line and its subsequent refusal to accept the verdict of the international tribunal displayed its policy of disregarding global norms.

In Ladakh, China has repeatedly accused India of transgressing into their territory, whereas the reality is the other way around. They claimed the PLA was defending itself against Indian aggression. Post opening fire in end August in the Pangong Tso region, China accused India of escalating the conflict. Most standoffs in the region, including Doklam, are due to Chinese aggression and intention to change status quo. Yet, China claims it is only defending itself from Indian aggression.

Similarly, Pakistan accused India of supporting the Pakistan Taliban (TTP) from its consulates in Afghanistan. The TTP has been the most formidable anti-Pak terrorist group and has regularly targeted the Pak army. The TTP recently claimed its long-term aim is to separate Khyber Pakhtunkhwa from Pakistan and make it an independent nation under Sharia Law. Pakistan, to back its claims, released a dossier intending to prove India’s role in recent attacks by the TTP.

While addressing the senate as part of its security briefing on Afghanistan, Pakistan’s army chief, General Bajwa stated that the TTP and the Taliban are two sides of the same coin. An article in The Dawn of 27th July quoting the 28th report of the UN Analytical Support and Sanctions Monitoring Team, stated, ‘despite growing distrust, TTP and the Taliban carry on with relations mainly as before.’ The report adds that the TTP has, ‘has distinctive anti-Pakistan objectives but also supports the Afghan Taliban militarily inside Afghanistan against Afghan Government forces.’ If the TTP is backed by the Taliban, which Pakistan supports, then India has no role to play, thus only proving that Pakistan was lying on Indian involvement.

Pakistan has been claiming it does not support the Taliban. Even while civil war rages in Afghanistan, Pakistan denies providing active support. On the contrary, reports of arrests and deaths of serving Pakistan soldiers including members of its SSG, whose bodies return to the country proves that its forces are directly involved in fighting alongside the Taliban. This is backed by the recovery of Pakistan army identity cards with those captured or killed in the ongoing skirmishes. Globally, Pakistan is losing credence.

Chinese lies on the Wuhan Virus and hiding its origins is globally known. Demands by the world community for another impartial investigation into the origins of COVID are gaining ground. The more the Chinese refuse, the greater is the accusation against them. Xi Jinping even claimed that the origins of the virus were being politicized. Chinese attempts to hide the truth are only isolating the nation further. In order to safeguard its reputation China is compelling nations who are in its debt to write letters to world bodies supporting its stand, especially as demands for the investigation grow.

These similarities between iron brothers, China and Pakistan, are mainly due to the nature of governance in these countries. China, remains a closed society, tightly controlled by the CCP and ruled by Xi Jinping, as president for life. Having secured his control over the country, Xi has launched an initiative to dominate the region and the world. He has sought to regain claimed Chinese territories by force, discarding global norms. The result is that most western democracies are joining hands to challenge Chinese offensive designs.

Pakistan is a fake democracy controlled by the army. The democratic government exists to take the blame, while decision making remains in the hands of the generals in Rawalpindi. Pakistan had assumed that by supporting the Taliban it would gain geo-strategic importance in the region which would enhance its image. It had always desired to control Afghanistan for its own strategic depth. For the duration of US deployment this policy did give Pakistan a larger-than-life global image. The US withdrawal and the emerging civil war in Afghanistan will add to Pakistan’s internal insecurities and impact its sinking economy.

Its misdeeds and fake claims are exposing the country. Its belief that the world would seek Pakistan’s support to enforce peace in Afghanistan is proving to be false. The current US administration, which Pakistan has been attempting to engage has largely kept it at a distance. Pakistan’s desire for a US-Pak relationship on similar lines as a US-India relationship has been ignored. Pakistan is considered a global terrorist factory housing the largest number of UNSC proscribed terrorist groups and their leaders.

Nations which lie, act against global norms and display a hegemonistic attitude towards smaller neighbours are currently being challenged. The world seek peace and development not confrontation and terrorism. Pakistan and China, who consider themselves as iron brothers are being challenged for their policies.