India and Pakistan: Between Hawks and Peaceniks, is there a middle path? 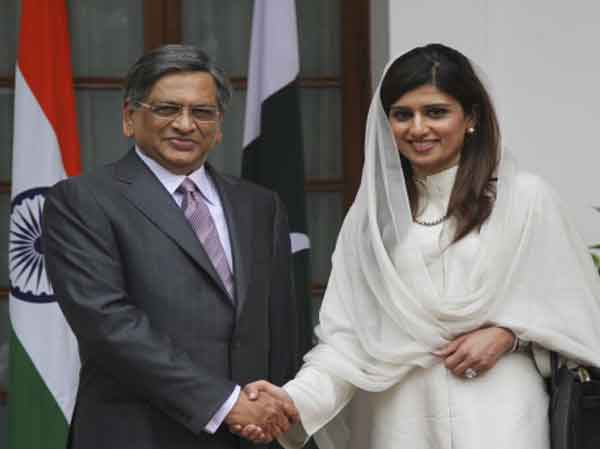 The beheading and mutilation of the bodies of L/Nk Hemraj and L/Nk Sudarshan Singh by Pakistani soldiers on January 8, 2013, is yet another barbaric act by Pakistan’s army, following several earlier ones [Ref.1, Note 1.]. It is not unlike the acts of medieval armies or armed raiders, whose aim was to strike terror into the hearts of people. However, if such is the intention of the Pakistani army, their latest barbaric act, far from striking terror or fear, is enraging the Indian public. This public anger and outrage is directed at both the Pakistani army and Pakistani government on the one hand and on the other, at the Indian government perceived as not reacting strongly enough.

…being merely anti-India, the Pakistani establishment, well aware of Indian problems of running a coalition government with looming general elections, appears sure of India not taking a strong stand on ceasefire violations…

Ex-Servicemen who, of all Indians, are familiar with the actual ground conditions on the LOC (Line of Control) are livid, some demanding that India should respond with sharp military action short of war. There is a growing body of opinion, mostly held by veteran military officers and others with nationalist (Hindutva) pretensions, that the military action has to be strong. That this may escalate into full-fledged war with the possibility of nuclear exchange does not cause this group any great trepidation. The Indian electronic media channels appear to be shaping public opinion towards very strong response by the Indian government.

In this situation, Headlines Today TV channel hosted a program at 8PM on 10 January 2013, which was a debate moderated by Shashi Tharoor (Union Minister, no less), jointly sponsored by the Indian Debating Society and the Pakistani Debating Society, with the motion that civil society (as against government) was the most important player in bringing about peace between India and Pakistan. Arguing for the motion were (Indians) Kabir Bedi and Salman Haidar, and (Pakistanis) Salman Raja and Zulfikar Khan, while arguing against the motion were (Indians) Mani Shankar Aiyar and  Shoma Chaudhuri and (Pakistanis) Javed Jabbar and Najam Sethi. It was all very nice and genteel, all the speakers clearly making the point that both sides wanted peace, but steering clear of ground situations. The opinion of the ‘house’ comprising members of upper-crust, genteel society, was that arguments against the motion won the debate; that is, governments are the important players in peace-making.

The Pakistani response to a warning by the Chairman, Chiefs of Staff Committee (CoSC), Air Chief Marshal N.A.K.Browne, that India may exercise “other options”, was that Pakistan knows how to defend itself. The response was predictable, but its delivery by a relatively junior Pakistani military officer is a calculated slap on the face of the Indian military.

There is a “peacenik” or “aman-ki-asha” point of view – which is not at all recent – that appears to sponsor a peace-at-any-cost solution. This solution appears to fit the traditional weak-kneed posture of the Indian establishment when it comes to facing threats from external forces. (Threats from inferior internal forces are readily dealt with using the wiles of a compromised bureaucracy, and the physical force of a politicized police and an “obedient servant” military, to hammer the stuffing out of dissidents, opponents and militants). It is necessary to emphasize that the traditional weak-kneed posture is not peculiar to the present Union government nor to any particular political party which has guided, if that is the right word, the destiny of Independent India these past decades.

…for an Islamic Pakistan essentially controlled by its military, war is its raison d’etre, whereas for democratic India with its military under civilian control, war is the last option.

The Pakistani establishment is strongly denying all accusations made from the Indian side, and in interviews held by Indian TV channels, Pakistani retired military officers and retired diplomats have successfully countered (by unconvincing bluster to Indian viewers but convincing to the international viewership) the program anchors’ attempts to demonize Pakistan. They have succeeded in conveying that since both Indian and Pakistani sides are holding fast to their respective arguments and accusations, a “neutral” third party should investigate, thus internationalizing the Kashmir issue through the recent LOC violation. The belated Pakistani agreement for a flag meeting at the brigadier level is almost like making a concession.

The purpose of the present article is to examine whether, for India, there can be a middle path between the demand for hairy-chested military response and the traditional and on-going weak-kneed approach of the Government of India. Also, whether Government of India can really get a sense of ground military situations without single point advice from its military, especially in light of the Pakistani establishment being in full knowledge of successive Union governments systematically disincentivising and demotivating the Indian military, and that the National Security Advisor is a bureaucrat. The point is, in what manner can negotiations proceed between India and Pakistan, when India is a democratic State with necessary control over its military, and Pakistan is a military regime that directly or indirectly controls the State establishment.

Over the decades, generations of Pakistani people have been fed an educational and information “diet” of blatant and subtle anti-India rhetoric along with aggressive interpretations of the Holy Quran to define Jehad. The Pakistani establishment, whether overtly civilian or military, has two characteristics, namely that the military always had the lead-role in national policy, and the clerical community always had authority of dictating what was “right” or “wrong” according to its interpretation of the Holy Quran. Further, whether the establishment was civilian (though always under the military shadow) or military, it was plainly anti-India, with special focus on Kashmir. Indeed, India was and is seen as the “enemy”, especially after 1971 when East Pakistan became independent Bangladesh and West Pakistan became simply Pakistan. [Note 2].

…its violations of the LOC with India could well be a strategy to divert public attention to the Indian enemy, thus enhancing its flagging public image and its control over the establishment.

The Pakistani establishment has been under military rule for 33 of its 65 years existence, with Presidents brought in by military coups ruling in the years 1958–1971, 1977–1988 and 1999–2008. Today, Pakistan’s military is that country’s largest landowner, it owns and runs a Bank that has economic clout, and has serving and retired military officers in many key positions of power and authority in Pakistan’s civilian world.

But rather than being merely anti-India, the Pakistani establishment, well aware of Indian problems of running a coalition government with looming general elections, appears sure of India not taking a strong stand on ceasefire violations, and of India’s subservient junior partnership with USA, and is assuming a diplomatically and militarily aggressive stance.

Recently (April 2012) when the Pakistan army chief General A.P.Kayani, spoke of “peaceful coexistence” with India in the context of his call to demilitarize Siachen, Government of India took up the matter of demilitarization of Siachen glacier with unseemly alacrity. Especially when India’s military has for long held that demilitarization of Siachen would be strategic folly, the fact that GoI appears to be clandestinely pushing it along, has raised suspicion that there may be a Nobel Peace Prize nomination being dangled before it. This is surely known to Pakistan’s military, and strengthens its conviction that India’s political leadership can be manipulated by the stick of an aggressive stance and the carrot of worldwide acclaim of being peaceful.

A book titled “The Quranic Concept of Warfare” by Pakistani Brig S.K.Malik, with a foreword by Pakistani General M.Zia-ul-Haq (later Pakistan President by his Islamic coup d’etat), is mandatory reading for the Pakistan army. It was originally published in Lahore in 1979 and the English version republished in India in 1992. In what follows, the quotes are from the electronic version available on internet. According to General Zia-ul-Haq in his foreword, the book amplifies “the Quranic philosophy on the application of military force, within the context of the totality that is JEHAD”. This interpretation of the Quranic philosophy by the author, endorsed by the General and President of the Islamic Republic of Pakistan, includes the considerations of war and peace. Page 27 of the book advises, “The considerations of peace come to human mind only when the choice is between ‘suicide’ and ‘coexistence’. They are the bye-products of exigency, not of a recognized or consistent policy or philosophy. They failed to stand the test of time in the past, nor are they resulting in durable global peace at present. Indeed, they have no worthwhile role to play even in the future.”

…the Pakistani establishment dominated by the Pakistan military with an agenda for armed conflict, that can influence India-Pakistan relations one way or another.

The word “they” can only mean “the considerations of peace”. Further, page 35 of the book reads, “… in the Quranic perspective, the object of war is to obtain conditions of peace, justice and faith”. Clearly, for those indoctrinated to this mindset, war supervenes over peace, which can only be the outcome of (a holy) war. Thus, for an Islamic Pakistan essentially controlled by its military, war is its raison d’etre, whereas for democratic India with its military under civilian control, war is the last option. And Pakistan’s army chief General A.P.Kayani’s call for “peaceful coexistence” with India flies in the face of the undoubted Islamization of Pakistan’s military.

Pakistan’s internal security situation is precarious. Apart from the historic tensions due to resistance by the suppressed Pashtun population, the Shia minorities of Afghani and Pakistani origin, hitherto apart, are joining together against the organized killings of Shia people, and are demanding protection from the Pakistani army. This has the potential of tearing apart the fabric of the Pakistani military itself.

The people have been indoctrinated over decades to believe that India wants to overrun Pakistan, and only the Pakistani army prevents this. Peace with India will sharply reduce the army’s pre-eminent position in Pakistan’s power structure, hence keeping conflicts between India and Pakistan going is always on the Pakistani army’s agenda.

The entry of a dark horse in the form of “Mohammad Tahirul Qadri – a lawyer, Islamic scholar, prolific author and fiery orator, whose claim to fame is that his outfit, the Minaj-ul-Quran … promotes a benign vision of an Islamic state”, [Ref.2] can be a game changer, as he demands dissolution of Parliament and praises the military.

Today, with the Pakistan military unable to stop USA’s drone attacks inside Pakistan territory, and smarting under the secret surgical strike by USA to take out Osama bin Laden from Abbotabad, its standing and image within the country are declining. Hence, its violations of the LOC with India could well be a strategy to divert public attention to the Indian enemy, thus enhancing its flagging public image and its control over the establishment. This is particularly so since the forthcoming May elections in Pakistan are expected to disturb the civil-military power asymmetry adversely for the military.

One thought on “India and Pakistan: Between Hawks and Peaceniks, is there a middle path?”