India and Bangladesh – A Troubled and Tormented Interface 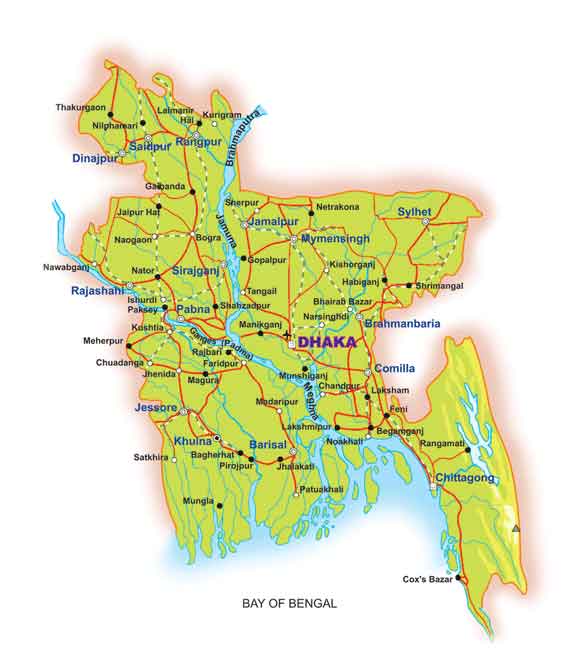 For years, this writer has been trying to understand and assess the tortuous  and complicated relationship between two integral components of Bengal. These two, namely a Muslim Bengal (currently larger in terms of numbers) and the original Hindu-Buddhist-indigenous tribal Bengal have been compared in many scenarios.

These included the “twins-at-birth but separated”  analogy that is not  strictly medically or historically appropriate, and the elder-brother / younger brother label that is controversial and vague. Other sociologists and historians have come up with similar epithets, with varying degrees of success,

However, a recent study by a warrior-scholar, Colonel Guru Saday Batabyal has opened up the debate once again. This painstakingly-researched book, Politico-Military Strategy of the Bangladesh Liberation War, 1971 (Routledge, 2022)  is a tour-de-force that opens up many issues, some very painful, and compels us to put on our thinking caps once again.

The author, known to his many friends in the Armed Forces and on civvy street as Batto, is a former Gorkha warrior from 4 GR, and has an impressive track-record in uniform and thereafter on civvy street. After this book was published, he has been recently honoured by the Royal Historical Society in the U.K. which elected him as a Fellow.I should mention that this is an accolade that has been extended to few Indian historians in Indian universities. While this opens up a wider front for the author in the future, for which all of us wish him the best, the major issues that have concerned him and his friends like this writer still need to be assessed and addressed.

In this essay, I will go beyond the initial scenario that the author spells out in his book. These segments, of course, relate to the planning of the liberation campaign by India’s military commanders, the various mountains that they had to climb, the international forces that were drawn into the conflict and the actual implementation of one of the most successful wars in modern military history.  These chapters in the book are exemplary on most criteria – they are rigorous in terms of analysis, and thorough in terms of the facts and figures put forward.

What this essay seeks to do is to focus on the issues and ideas that the good Colonel spells out in two of this book’s chapters, namely Chapter 1 (Idea of Pakistan) and Chapter 12 (Years beyond the Liberation War). The development of the Muslim community in undivided Bengal is one of the most controversial issues in Indian / Bangladeshi history. The verdant and riverine plains of the country’s eastern province did not see a large Muslim population till the mid-18th century. Before that, of course, the province had come under Muslim rule.

The setting up of  a single united Bengal Sultanate in 1352 by Shamsuddin Shah was the first example of a “Bengali” socio-linguistic identity.  Usman Serajuddin, also known as Akhi Siraj Bengali, was a native of Gaur in western Bengal and became the Sultanate’s court scholar during Ilyas Shah’s reign. Alongside Persian and Arabic, the sovereign Sunni Muslim nation-state also enabled the language of the Bengali people to gain patronage and support, contrary to previous states which exclusively favoured Sanskrit, Pali and Persian.

Unlike most of Central and North India, the vast majority of Bengali Muslims were converts from the socially-backward groups. Batabyal follows the majority of  historians in pointing out that the majority of land-owners in Bengal (the zamindars) were Hindus, while most of the land workers were Muslims. With the advent of English education, the Hindus were way ahead of their Muslim compatriots in adapting to English higher education. Thus, the divide between Hindus and Muslims in undivided Bengal was not only religious but also economic and sociological.

This, therefore,ensured that the green and beautiful land of Bengal was a suitable breeding ground of Islamism, particularly when it began its poisonous upsurge in British India in the late 19th century. When Pax Britannica bifurcated the province of Bengal into two in 1905, leading to an avalanche of protests (that ultimately compelled the British to cancel the disastrous move), the Bengali Muslim leadership  and the wider populace of Bengali Muslims, influenced by their leaders, did not oppose the Bengal Partition. This was the genesis of the Hindu-Muslim divide in Bengal that the British Raj fully exploited for its own purposes until the partition of India.

The author (also referred to as GB, hereafter in this article) cogently sets out the scenario that culminated in India’s independence, its break-up into two independent countries, India and Pakistan and the subsequent decades of confrontation between these two.The events from 1905 to 1947 are assessed with rigour and objectivity. The pan-Bengali identity in undivided Bengal before Independence is discussed at length, as also the attempts of the North Indian Muslim forces to push Bengali Muslims closer to their cousins in the central, western and northern regions of the country.

GB is objective about the vacillations in the Indian National Congress when it came to dealing with Jinnah and the Muslim League. Gandhi and some of his colleagues do not emerge in a favourable light in GB’s assessment of their roles in these tense decades. GB is more at home in his study of post-independent East Pakistan and the main issues that confronted it. For his readers, whether civilians or the military, GB does a good job to explain how the general population of East Pakistan was compelled to re-assess their Pakistani identity and seek an indigenous Bengali variant. Indeed, he accurately labels this chapter as the “Idea of Pakistan and the Road to Bangladesh”.

At this stage of my overview of the book, we have to fast forward to its last chapter (12), Years beyond the Liberation War, because this is the principal issue that I would like to highlight in this essay. Many Indian readers of this portal, in the good company of this author, are now quite confused by the policies and postures that Bangladesh routinely adopts vis-à-vis India as a whole.

Quite often, the political hierarchy in Bangladesh and the so-called “buddhi-jeevis” (intellectuals) question the common cultural patrimony shared by Bangladesh and India. Admittedly, this is done obliquely, with the panache of the typical Bengali intellectual. More insidiously, anything that conflicts with Bangladesh’s perception of its Islamic roots is severely critiqued. Any attempt to question the notion of Islamic hegemony that has become deeply engrained in its collective psyche is fiercely repudiated and challenged.

This ground-reality, as outlined above, echoes in the mind-sets of many segments of the chattering classes in our Bengal and other parts of India, particularly the surviving Leftists and the Lutyens Zone lot. Be that as it may, we in this country, are legitimately allowed to have the concerns spelt out earlier. It is not just history that binds India and Bangladesh, but also geography. We are not talking about France and Switzerland cohabiting together or Germany and Austria living as semi-fraternal political entities.  What should have been a glorious and amicable “entente” is rapidly evaporating and India cannot afford to wear rose-tinted glasses.

GB points out frankly in the concluding chapter of his tome that Bangladesh officially became a theocratic state, “ignoring the vision and wishes of its founding fathers”. For this author too, this has been traumatic, since my family members  from both sides come from erstwhile East Bengal. A couple of visits to this beautiful country as a member of official study missions of international agencies reinforced my attachment to this land and people, while simultaneously raising red flags in my psyche about the country and its errant identity machinations.

Colonel Batabyal puts on his military cap in Chapters 10 and 11 to spell out the brilliant Indian military campaign and the details of how we outwitted and outfought the Pakistani armed forces at every juncture. I leave it to the readers to appreciate these pages because it is done with panache and accuracy.

The sad postscript is that we won the 1971 war on the battlefields but lost it in the conference tables. Our lost warriors in their Valhalla, of course, do not have the slightest regrets that this happened. However, if an insidious socio-religious  ideology triumphs by deceit and machinations, then we will have to apologise to our protectors.