Increase in FDI Cap Alone Not Enough for Defence Sector 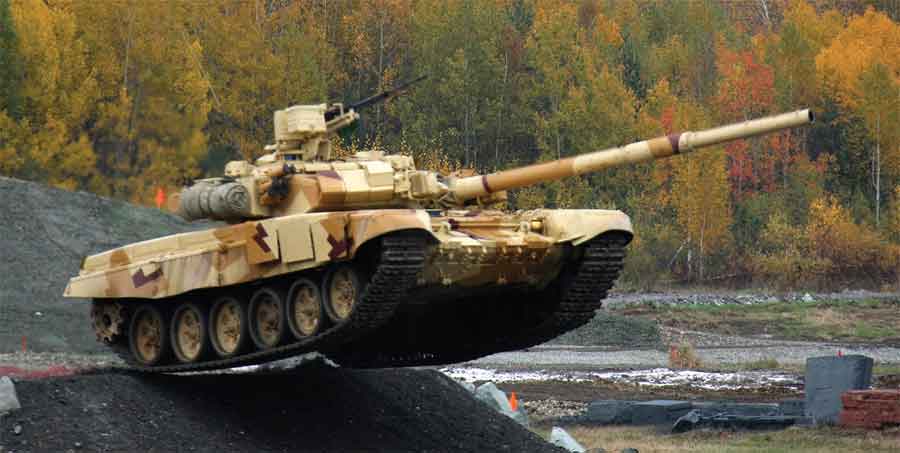 As a part of the policy reforms to repair the pandemic-affected economy, Finance Minister Nirmala Sitharaman had announced on May 16 that the prevailing limit of 49 per cent on foreign direct investment (FDI) through the automatic route in the defence manufacturing sector will be raised to 74 per cent. Nearly four months later, this is going to become a reality.

As reported by The Indian Express on September 10, the Union cabinet has approved this change in the FDI policy, but with a rider: all such investments will be subject to scrutiny on grounds of ‘national security’ with the government reserving the right to review any foreign investment in the defence sector that may affect national security.1

It would appear from the report that the cabinet decision envisages a pre-approval scrutiny and a post-approval review, as and when considered necessary by the government, on the grounds of national security. The pre-approval scrutiny cannot obviously be left to be carried out by the investors themselves as, apart from the efficacy of such scrutiny, it is not possible to lay down the security parameters on which they could evaluate their own investment proposals.

Be that as it may, under the existing FDI policy, investment in the defence sector is permitted up to 49 per cent through the automatic route, beyond which, up to 100 per cent, it requires prior approval of the government. The government may approve such a proposal “wherever it is likely to result in access to modern technology or for other reasons to be recorded.”2

While investment under the extended band (50 to 74 per cent) may now not be subject to any condition or require to be justified by the prospective investor on other grounds acceptable to the government, it will still require prior government clearance from the security angle. That being the case, such investments cannot be said to be through the automatic route, unless the government comes up with some procedure for self-scrutiny by the investors from the national security angle which, as mentioned earlier, may not be feasible.

The obvious reason for stipulating this national security clause for investment under the extended band is that with the majority stake in the investee company being held by the foreign investor(s), its management and control may not remain with the Indian citizens. But this is equally true of investments exceeding 74 per cent and, therefore, in all probability, the national security clause will also have to be applied to investments falling in the 74-100 per cent band.

Going by these inferences, FDI in the defence sector may now fall in three categories: (a) through the automatic route up to 49 per cent; (b) with prior scrutiny from the national security angle between 50 and 74 per cent; and (c) above 74 per cent wherever it is likely to result in access to modern technology or for other reasons to be recorded, and subject to scrutiny from the national security angle.

Additionally, the government may also review any foreign investment that affects national security. It is not clear yet, but it seems that this clause will be applicable only to the investments exceeding 49 per cent and that such review can be carried out any time after the investment is made. The formal notification incorporating the cabinet decisions, when issued by the government, will hopefully clarify this issue, though by no means this is not the only one that requires clarity. Some of the other issues meriting consideration are as follows.

Firstly, the extant consolidated FDI Policy stipulates four conditions in relation to investment in the defence sector, at least three of which call for a review. The first one of these is a complexly worded condition which reads “Infusion of fresh foreign investment within the permitted automatic route level, in a company not seeking industrial license, resulting in change in the ownership pattern or transfer of stake by existing investor to new foreign investor, will require Government approval.”3

If the total foreign investment remains within the limit prescribed for the automatic route, and the investee company complies with all other statutory and regulatory requirements, the need for obtaining government approval seems unwarranted. If, however, there is some reason for stipulating the aforesaid condition, it would be good to make it known.

Another condition applicable to FDI in defence subjects the investments to security clearance and guidelines of the Ministry of Defence (MoD). These guidelines are contained in the ‘Security Manual for Licensed Defence Industries’ issued by the Department of Defence Production in June 2014.4 This manual is outdated and the application of its provisions in letter and spirit can be cumbersome. Several recommendations for amending the manual to make it industry-friendly were given by the Manohar Parrikar Institute for Defence Studies and Analyses (MP-IDSA) in 2018, at MoD’s behest, after interacting with the Indian and foreign industry representatives, but these remain unimplemented.

A third condition attached to foreign investment is that the investee company should be structured to be self-sufficient in areas of product design and development, manufacturing, maintenance, and life cycle support for the product being manufactured by it in India. Apart from being open to subjective interpretation, this condition also takes away the flexibility investee companies must have to decide whether to carry out all these activities in-house or to outsource them.

Secondly, under the extant provisions of the Defence Procurement Procedure (DPP) 2016, Indian companies with foreign investment exceeding 49 per cent are not eligible to participate in all types of acquisition programmes. For example, under the Strategic Partnership Model (SPM) which the MoD intends to adopt for manufacturing of aircraft, helicopters, submarines, and armoured fighting vehicles/main battle tank in India, only such Indian companies as are owned and controlled by Indian citizens can participate as prime vendors.

Being excluded from the mega projects under the SPM and the ‘Make I’ category could act as a disincentive for the foreign investors to avail of the extended FDI limit. They may still do so for smaller projects where they can participate as prime vendors despite holding a majority stake in the investee company, but it may make little impact on the overall quantum of foreign investment.

Thirdly, but most importantly, raising of the FDI limit may not be enough as the prospective investors must also see in this an opportunity to expand their business and earn profits. The MoD will have to do a better job of convincing the investors that despite its well-known financial difficulties – which, if anything, are bound to multiply because of the pandemic and the situation on the northern borders – it will be able to spare enough funds to buy the products the investee companies make in India.

They will also have to be convinced that there is a business case to relocate the manufacturing facilities from abroad or to set up new ones in India to cater to the export market. Given the profile of the largest buyers of arms – Saudi Arabia, Egypt, Australia, China, Algeria, South Korea, United Arab Emirates, Iraq, Qatar, and Pakistan7 – it will indeed take a lot of effort, as some of these countries may prefer the Western and American equipment, while to some others exports may not even be allowed even if those countries evince interest.

To sum up, raising the FDI limit to 74 per cent by itself may not enthuse the foreign investors as per the expectations. To make the defence sector more attractive for foreign investment – presently it is the third least attractive sector, having received a total of Rs 56.88 crore till March 20208 – a whole lot of other related issues, some of which are highlighted above by way of illustration, will have to be addressed by the government.