Factor of legitimacy in use of force in countering insurgency 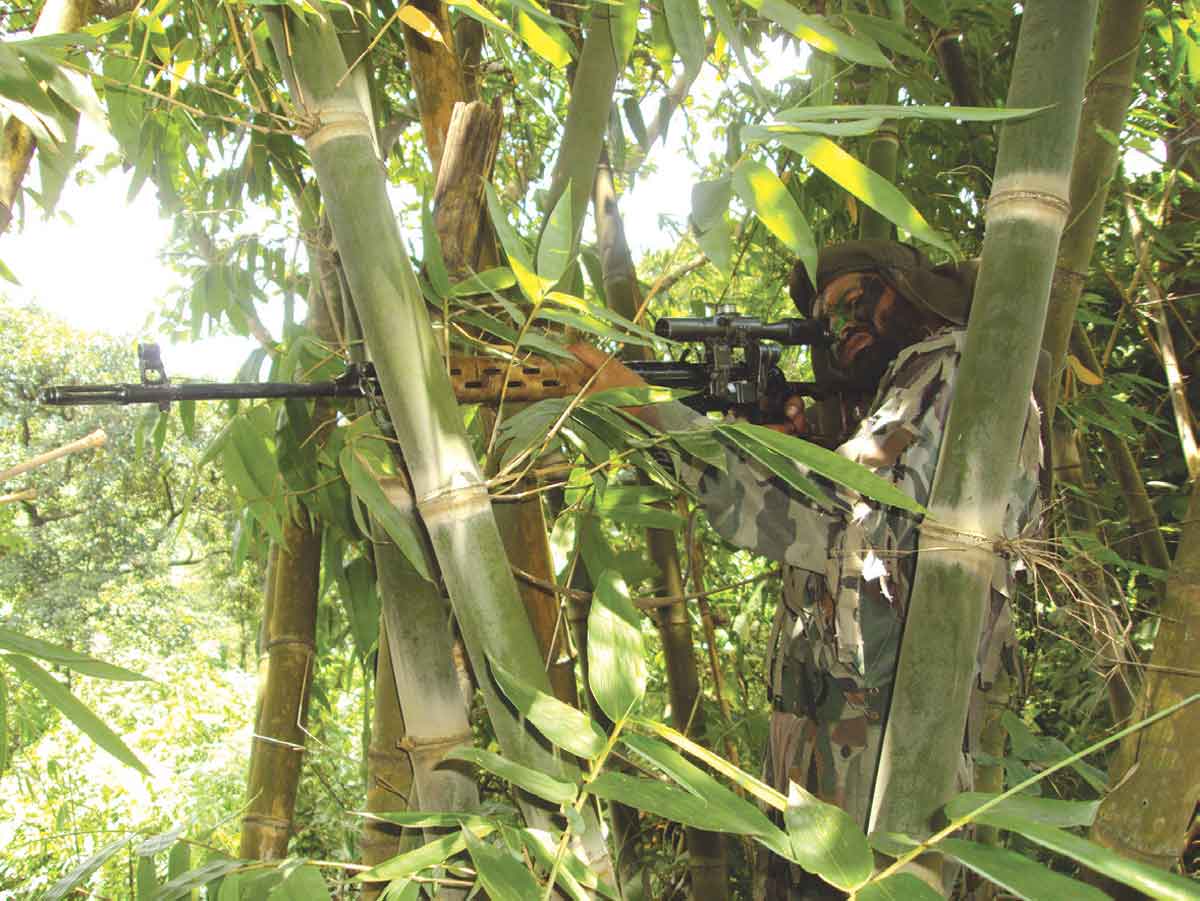 Military men by training and instinct are suspicious of academic and philosophical speculation. But all over the world today, they are increasingly tasked to tackle insurgencies, a problem that is more politico-military. Here is an attempt to share some of the insights the author gained in over 25 years of study of this subject.

The insurgents relied on guerrilla tactics that precluded the use of heavy weapons. Thus, the insurgents successfully managed to dictate the terms of engagements.

Insurgency wars in the later half of the 20th century were a tool for the `weaker’ Communists block to change the global power balance. Open confrontation carried the risk of escalation and the Communist powers were at a disadvantage in the field of technologies of conventional weapons. The insurgents relied on guerrilla tactics that precluded the use of heavy weapons. Thus, the insurgents successfully managed to dictate the terms of engagements. Captain B. H. Liddle Hart in his foreword to the book on Mao’s thoughts on guerrilla war says,

“Campaigns of this kind, (revolutionary wars) are more likely to continue because they fit the condition of modern age, while at the same time well suited to take advantage of social discontent, racial ferment and nationalistic fervour” Guerrilla war is thus a low cost, low risk option for a weaker party to change the political map despite adverse power balance. In addition, protection of human rights has emerged as an issue of global concern making the task of countering insurgency even more difficult. Often the guerrillas can provoke a fire fight in crowded area and virtually paralyse the reaction capability of the security forces. This has added a new dimension to the potency of guerrilla warfare.

What was new in Mao’s and Che Guevara’s theories was the degree of emphasis on politics. Insurgency wars could well be called `armed politics’ rather than the conventional way of treating it as politics by other means. Mao brought down politics from the level of policy to the level of tactics and morale of an individual soldier. This showed shrewd understanding of the circumstances under which the guerrillas operate.. Mao’s emphasis on indoctrination and ideology was a direct result of his understanding of insurgency as a protracted war. Human element is thus of crucial importance.

Wearing down the enemy and lowering his morale are concepts that are also common to all forms of warfare. But in revolutionary war the order gets reversed. In the classical concept, destruction of armed power leads to collapse of enemy’s morale and eventual victory, while in the Maoist conception, it is the loss of morale that leads to the defeat of enemy’s armed forces and victory.

…destruction of armed power leads to collapse of enemy’s morale and eventual victory, while in the Maoist conception, it is the loss of morale that leads to the defeat of enemy’s armed forces and victory.

Large parts of Asia are still predominantly agricultural civilisations epoch, and are in the process of industrialisation. But industrialisation brings in its wake Western values. This change can often generate alienation and loss of norms due to the conflict between the old indigenous and new value systems. Historically, this has been accompanied by violence.  In many countries societies in different regions are in different stages of modernisation. In addition, there are racial, linguistic and religious differences. All these factors made the resistance to modernisation and associated violence turn to secessionism. Spread of education, information and literacy generate additional pressures due to heightened awareness leading to heightened expectations.

A sociologist gives primacy to ‘social order’ in maintaining peace. There are administrative, legal and political perspectives on internal violence. But administration or law are methods or means to maintain peace, essentially there are only two major perspectives ie political and social. In the political view, it is the state that has primacy.  Use of force to achieve state aims including keeping peace, is regarded as legitimate both internally and internationally. In case of social order maintained by society, force or violence, signifies the breakdown of order. Upheavals or revolutions are not normal but an abnormal social phenomenon.

Counter insurgency operations are fought primarily to win over the population to one’s own point of view. Aims like destruction of enemy or his resources or capture of territory are not applicable. In fact, there is no enemy, only misguided elements.

Democracy has been widely accepted as the ideal form of government. The political acts of the state, including use of force, have to be taking place in the democratic framework. At the apex, social order rests on consensus on values, goals, means and rules of the game.

When such a society is also geographically and historically linked, a state is born. This consensus or willing consent of the majority of the ruled to accept rules of the game is not majoritarianism. The consensus and legitimacy is due to the ‘values’ that are universal, non-discriminatory and in tune with the prevailing international and philosophical norms. This adherence to norms and values has to be de-jure as well as de-facto. If the state is dependent merely on the majoritarianism and consensus, then the minorities pose a perennial problem.

Use of Force for Behavioural Change

Counter insurgency operations are fought primarily to win over the population to one’s own point of view. Aims like destruction of enemy or his resources or capture of territory are not applicable. In fact, there is no enemy, only misguided elements.  This cardinal difference had to be clearly understood, as from this flow the strategy and tactics that severely circumscribed the use of ‘blunt’ instruments and weapons of mass destruction. This also automatically gave primacy to psychological, and not physical, effect of force.

The counter insurgents have to be extremely careful that in exercising force and coercion, they do not reach a psychological ‘point of no return’, after which force, instead of changing behaviour in desired direction, produces desperation. This suggests that use of force  must  alternate with periods of peace. Force is aimed primarily at the fence sitters and sympathisers, and not hard core. Keeping this in view, there is only limited  place for body count or search and destroy missions in a counter insurgency doctrine.

Legitimacy of a state is not the function of de-jure constitution and core values alone. The legitimacy must also be based on the ‘reality’ of how the state behaves and its administrative practices.

Legitimacy of Means and Ends

In a situation when a group is using violence against the state, it is ipso facto also challenging the legitimacy of the monopoly of the state to use force. The issue of legitimacy is not simply a moral or an ideological factor but has direct effect on the effectiveness of the force so used. This is specially so as counter insurgencies aim at change of heart and not breaking of heads. The protracted nature of the conflict and domination of the human element, go on to reinforce the importance of legitimacy.

For the force to be considered legitimate, there are several dimensions. The first is the ideological one. A state founded on universal principles and a system that grants every citizen the fundamental rights without discrimination, automatically enjoys a legitimacy that is not available to racist , theocratic or ideology based dictatorships. The core values of the state have to be such as to appeal to not only the majority but also to smallest minority group. Universal Humanism has to be the basis of these core values.

Legitimacy of a state is not the function of de-jure constitution and core values alone. The legitimacy must also be based on the ‘reality’ of how the state behaves and its administrative practices. This is different from rhetoric and is an issue of management and checks and balances. The quantum and quality of force being used is also important  in deciding its legitimacy or otherwise.  In order to have legitimacy force cannot be excessive and has also to be discriminate.  Finally, there is the issue of comparative legitimacy between the insurgent group and the state. It is this contest that largely influences the final out come of the struggle.

Only a state based on universally accepted principles and with strong sense of legitimacy can effectively use force against local majorities intent on separation based on nationality principle of 17th century Europe, or recalcitrant groups bent upon imposing a particularistic ideology, even though they may have majority support in a given geographical area.