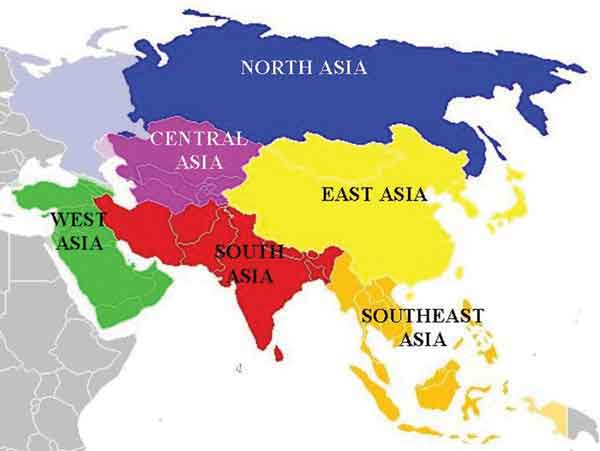 Map not to Scale

South Asia continues to be in a state of flux. Maldives, which recently faced political turmoil, now appears to be stabilizing. Sri Lanka, post the last election, has seen a sea change in its internal situation. It is still early days and the tussle between the previous and present heads of state continues. Nepal has still to resolve the issue of the Madhesis, though talks are in progress. Strikes and blockades which had shattered the economy of the country, as also resulted in shortages of all commodities, has now started to recede.

The Nepal premier is scheduled to visit India soon to further resolve issues. Bangladesh continues to witness confrontation between the two major political parties. The IS has begun making its presence visible in the country. It has claimed responsibility for the murder of foreigners, bloggers and security personnel. Myanmar, though showing signs of stability, has still a long way to go and continues to battle insurgencies in its north.

India, in spite of all its defensive measures has been affected by the instability of the region. There is a regular flow of terrorists from its western borders, striking civilian and military targets, while along the eastern borders there is a growing presence of anti- national elements, as the recent Malda incident revealed. The increasing arms factories in the border districts with Bangladesh show instability slowly moving onto Indian soil. The border fencing has also not been a serious deterrent due to gaps on account of rivers and streams.

At the same time, the countries in South Asia, view India as a dominating big brother. Its economy, size and military power projects such an image. India has attempted to reduce the impact, by following a positive mode of diplomacy and in providing economic and other assistance to these countries. However, in spite of all efforts, for rival political parties within South Asian nations, India bashing is a norm. Hence in most of South Asia, India is viewed negatively.

This negative image impacts India more on security issues than in any other manner. The countries tend to move closer to China, which is always too happy to oblige.

When Nepal faced the Madhesi crises, it turned to China for its supply of oil and other commodities. Though the Chinese did provide emergency stocks and also agreed to enhance supplies as also open additional border points and roads, the nation realized that it still has to depend on India. Anti- India protests rocked the nation, while the government blamed India for its problems.

The previous Sri Lankan government was willing to offer berthing facilities to the Chinese navy, as relations with India were strained, which would have enabled China to continue with its plans for establishing a string of pearls.

India’s relations with Bangladesh have recently been on an upswing. Thus, it has quietly cancelled the Sonadia project in Cox’s Bazar, where China was to have developed a port. Instead, India would now develop the Payra port and Japan would develop the Matarbari port in Cox’s Bazar.

When India was pressing Maldives on its action of imprisoning the previous President, Mohamed Nasheed, who was close to India, they embraced China. Chinese investments in housing and infrastructure increased and the Chinese President visited them in Sept 2014. Enhanced Chinese investments could lead to subsequent military deployment.

China has also shown interest in the Seychelles. Though India and Seychelles share a close bond, China can make inroads by adopting the investment route. Bhutan is the only nation, which has always maintained stability in its relations with India.

In the recent South Asian Games in Guwahati, India had a cake walk in most events and dominated the entire proceedings. For the participating nations, India would be viewed as dominating and powerful, which is unwilling to give others a chance. In simple terms, any South Asian nation can threaten India, by moving closer to China. If it even discusses providing military facilities to China, India is compelled to react.

Therefore, as a nation, we need to enhance the importance we attach to our neighbouring countries rather than focus most of our attention on the west and the Far East. Diplomatically, most senior officials are posted to western nations or China. However in the neighbourhood, where there is a fear of Indian hegemony, there is a need for placing seasoned diplomats. The importance these nations attach to good relations with India is clear, when the leaders of any newly elected government in our neighbourhood, less Pakistan, make Delhi their first port of call abroad.

India is a superpower, both economically and militarily in the region. Therefore, maturity, supportiveness and economic generosity should be our principles. Simultaneously we need to project a correct image of our culture and secularism.

This action would wean them away from the clutches of China, thereby ensuring that our security is nowhere compromised even inadvertently. Further, by keeping them close, it would also ensure that even during hostilities, they remain neutral and deny China the opportunity to open a new front against India. In short India needs to continuously engage with South Asian nations.